USCG officers say it's been a busy summer of water searches and rescues. 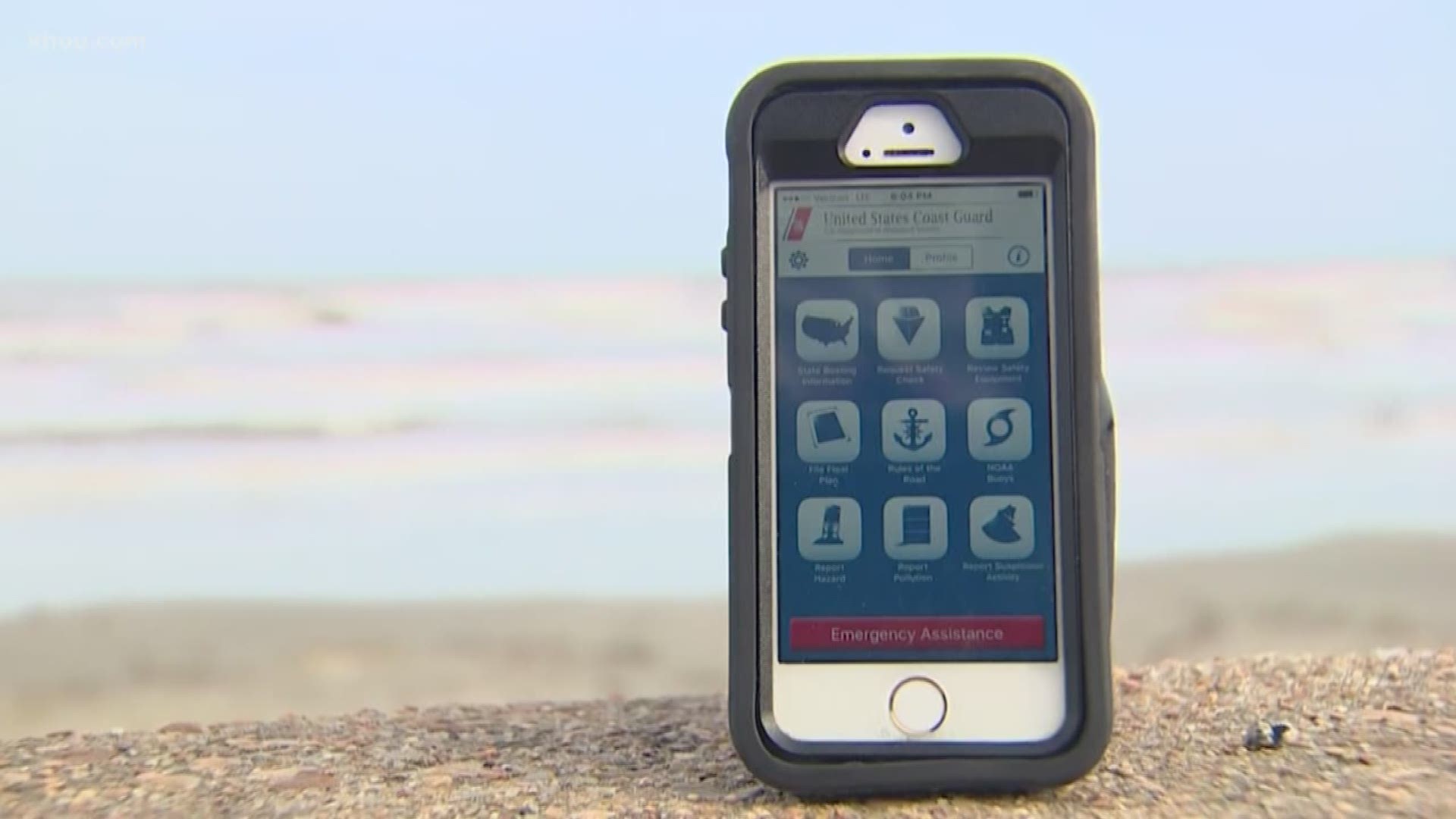 “This summer has actually been very active for us,” said USCG Petty Officer Barrett Brauch. “Just this past weekend we had eight search and rescues launch from here in Galveston.”

A stranded jet skier was rescued after he’d spent three hours adrift near Crystal Beach over the weekend when his watercraft began taking on water.

Others have not been as fortunate, like Kemah Police Chief Chris Reed who went overboard while boating near the Texas City Dyke.

There are ways you can stay safe if you’re heading out on the water. The Coast Guard recommends downloading its app.

Brauch is talking about the app’s "float plan" feature that boaters fill out before they launch and send to someone back on land.

If a boater is taking too long to return, the Coast Guard can be notified and begin its search.

“That way we have an idea of where to start looking for you when you’re in trouble,” Brauch said.

But one of the most critical features on the app is this big red bar at the bottom of the screen.

“If you find yourself in a distress situation, it’ll link you to the nearest 911 or Coast Guard location,” Brauch said. “And what’s good about it is it shows you your exact GPS location.”

Hopefully it’s a button you’ll never have to push, but in these summer days of choppy water and red flags, you can never be too safe.

The Coast Guard says you’ll generally have cell signal up to 10 miles from shore in the Gulf of Mexico.