Brazosport ISD said the science teacher and girls' basketball coach is on administrative leave during the investigation. 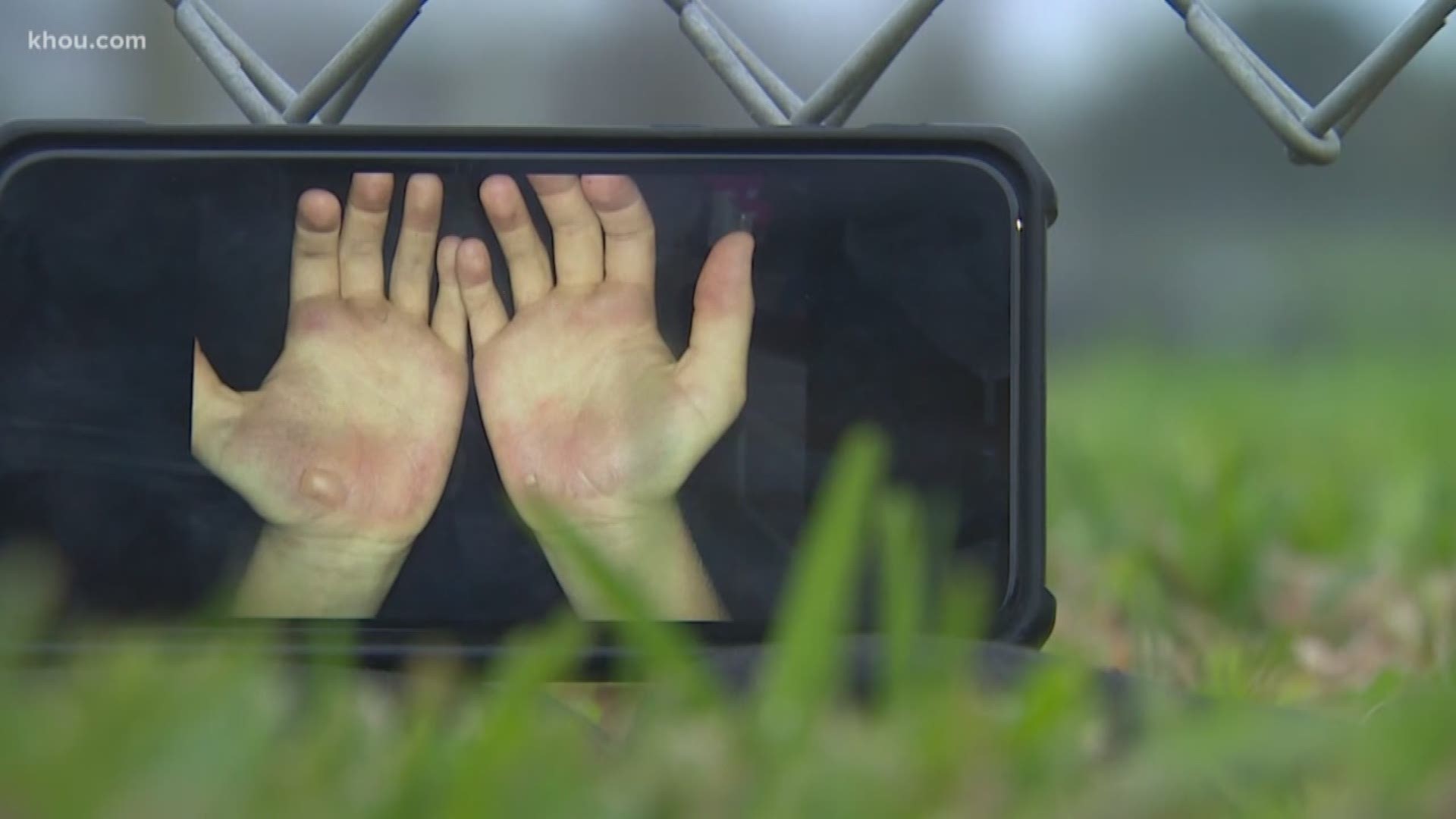 CLUTE, Texas — A science teacher and basketball coach for Clute Intermediate School was put on administrative leave pending an investigation she allegedly forced students to "bear crawl" around a track, causing blisters on their hands.

The accusations involve photos from several parents that one mother posted on Facebook.

"I’m livid. I’m angry. My daughter’s hurt. Physically hurt," said Hanna. "What do you do when somewhere they’re supposed to be safe, they come home injured. If I send my child to school like that, CPS knocks on my door. Why shouldn’t they be in just as much trouble?"

"Some were ripped open. She said it was just skin," Hanna's daughter told KHOU 11.

"She can’t do anything. She can’t write. She can’t even hold a pencil," said Shannae Chumchal, another mother whose seventh grader was in the class.

"Clute Intermediate School science teacher and girls basketball coach has been placed on administrative leave pending an investigation regarding an incident within the girls basketball team. Brazosport ISD has high expectations for all employees; and all allegations are taken seriously and investigated to ensure the safety of our students."

"I will feel better if the coach is removed permanently," Hanna said. "They’re crying and telling her they’re physically hurt and her only response is ‘it’s just skin,’ tells me she’s got no business working at the school."

RELATED: Recognize them? Police say these two guys are behind multiple armed robberies in Houston