Dozens of activists were at the protest but only a few broke the law by getting on Cruz’s front lawn, according to the Houston Police Department. 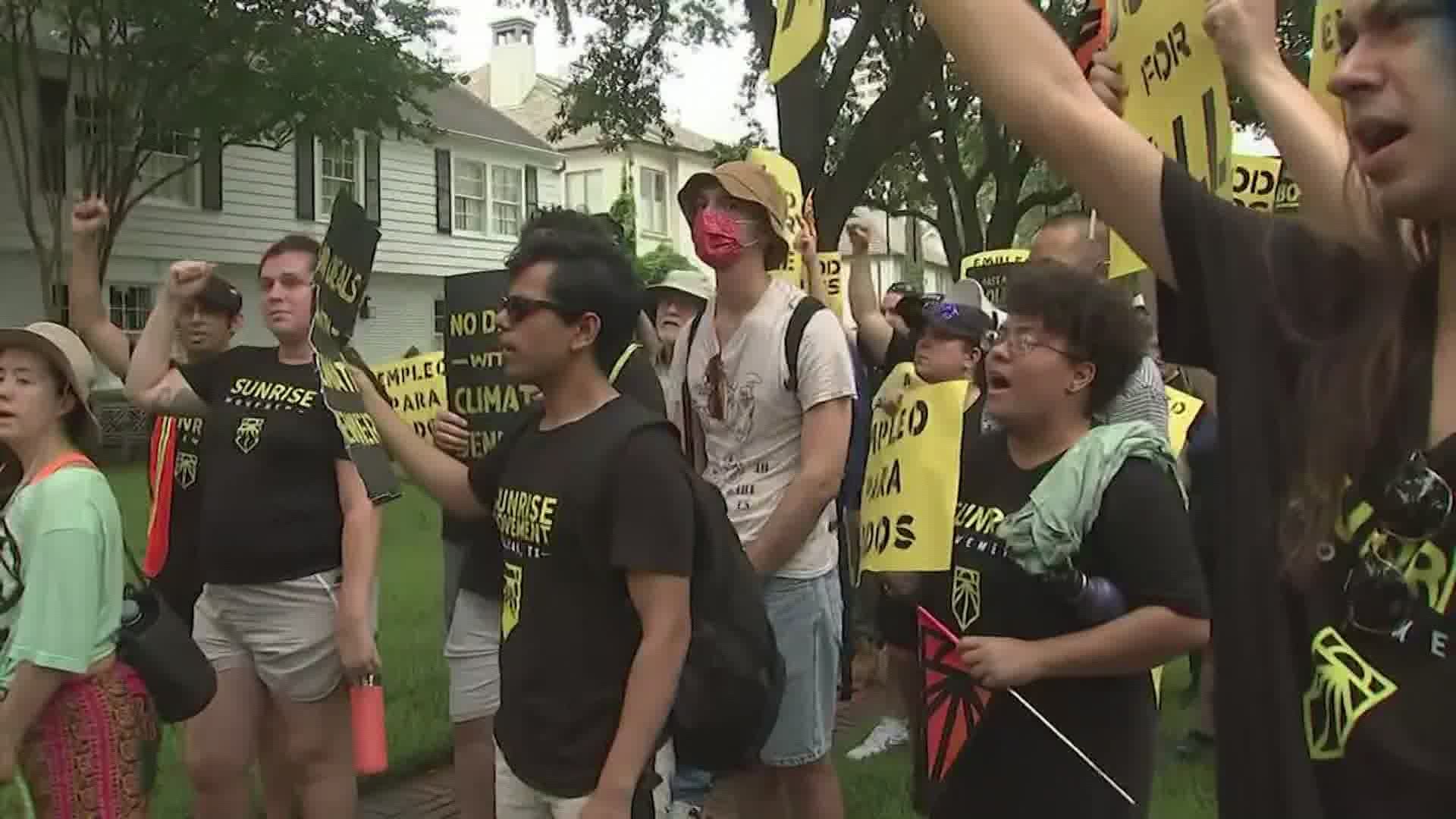 They said about 60 to 70 activists from various groups joined the protest that began around 11 a.m.

Most of them stayed on the sidewalk but a few from the Sunrise Movement got on Cruz’s lawn and refused to budge, HPD Asst. Chief Ben Tien said.

“We gave them ample opportunity to leave the location, but they refused,” he said.

Police said they spent over an hour trying to negotiate with them and gave them multiple warnings. After they still ignored orders to move, eight of them were arrested on trespassing charges.

Credit: KHOU 11
Police arrested eight climate change protesters in front of Senator Ted Cruz’s Houston home after they refused to get off his lawn.

On their website, the Sunrise Movement describes itself as “a youth movement to stop climate change and create millions of good jobs in the process.”

Media briefing on arrest of demonstrators at US Senator’s home https://t.co/pJTyubhg6F