Cleanup continues in Pasadena after tornado touches down during Sunday storms

The Houston area continues to clean up from a strong line of storms that pushed through on Sunday. 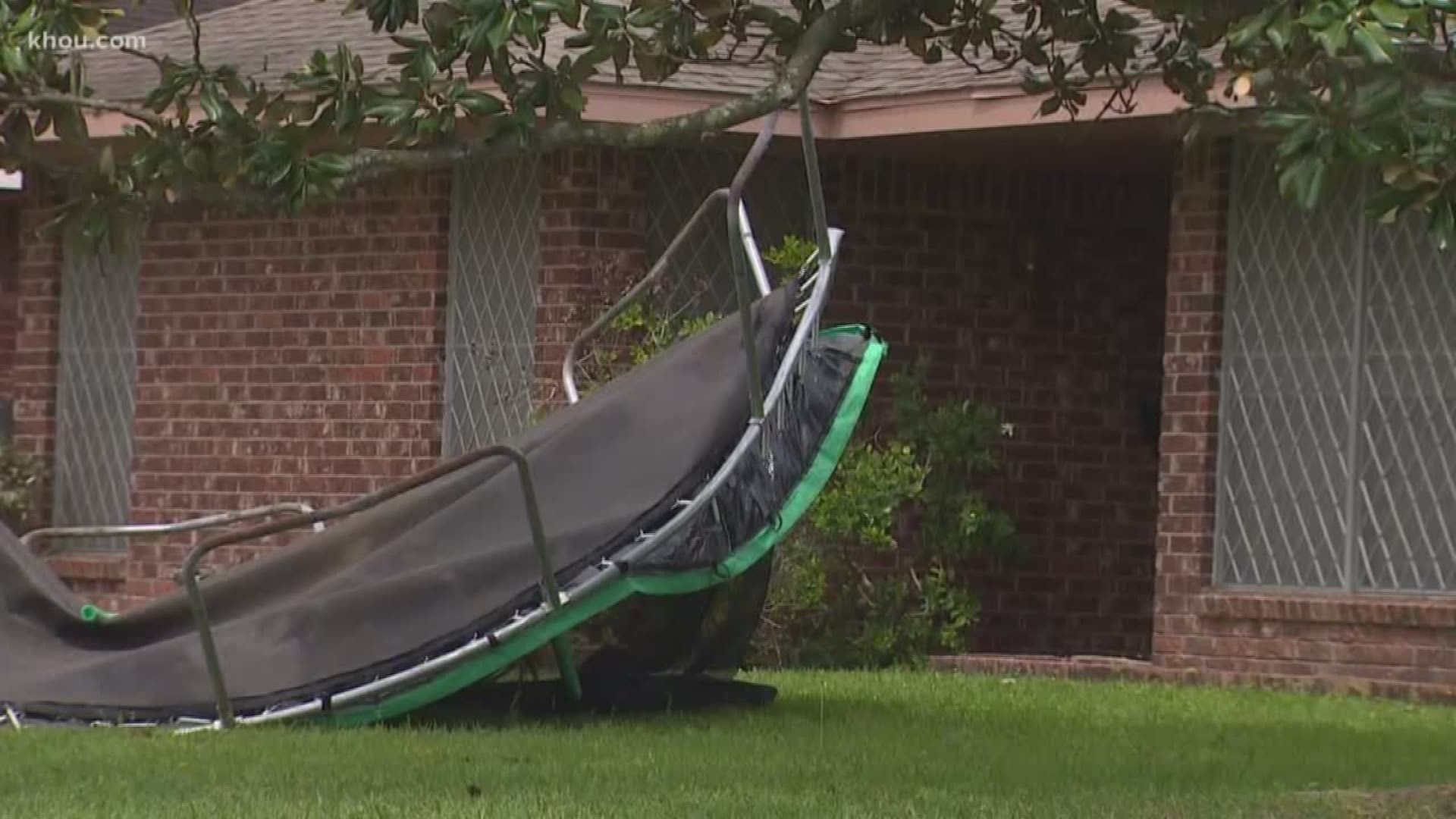 PASADENA, Texas — The National Weather Service confirms that some of the damage from Sunday's storms was caused by a tornado. The EF-1 tornado touched down in Pasadena on Shaver Road near Fairmont Parkway.

Air 11 flew over the damage on Monday. A wall was ripped from a business, and tarps were placed on the roofs of nearby homes.

THE NWS said the tornado only lasted two minutes and traveled only 30 yards. It also topped out at 90 miles per hour.

Across Houston trees were knocked down along with power lines. In some areas, power was still out Monday evening.

It’s especially hard for residents living in the many apartment complexes along Shaver Road.

Many of them have been forced to throw away the food in their refrigerators, but are weary of buying more groceries until they know the power will be on again.

“I need to throw all that food away right now and buy more groceries but I need to wait for the people to put it back," said resident Jose Bustillo. "I can’t waste any more money on groceries then bring them back with no lights.”

Some residents have elected to stay in motels. Others who could not afford the expense have been forced to wait for the power outage to end.

The Pasadena tornado was part of a line of severe storms that moved through the Houston area bringing with it strong wind and heavy rain.

RELATED: Download the KHOU news app to get severe weather alerts sent to you

Tornado warnings and Severe Thunderstorm Warnings were issued for many counties across the Houston area. 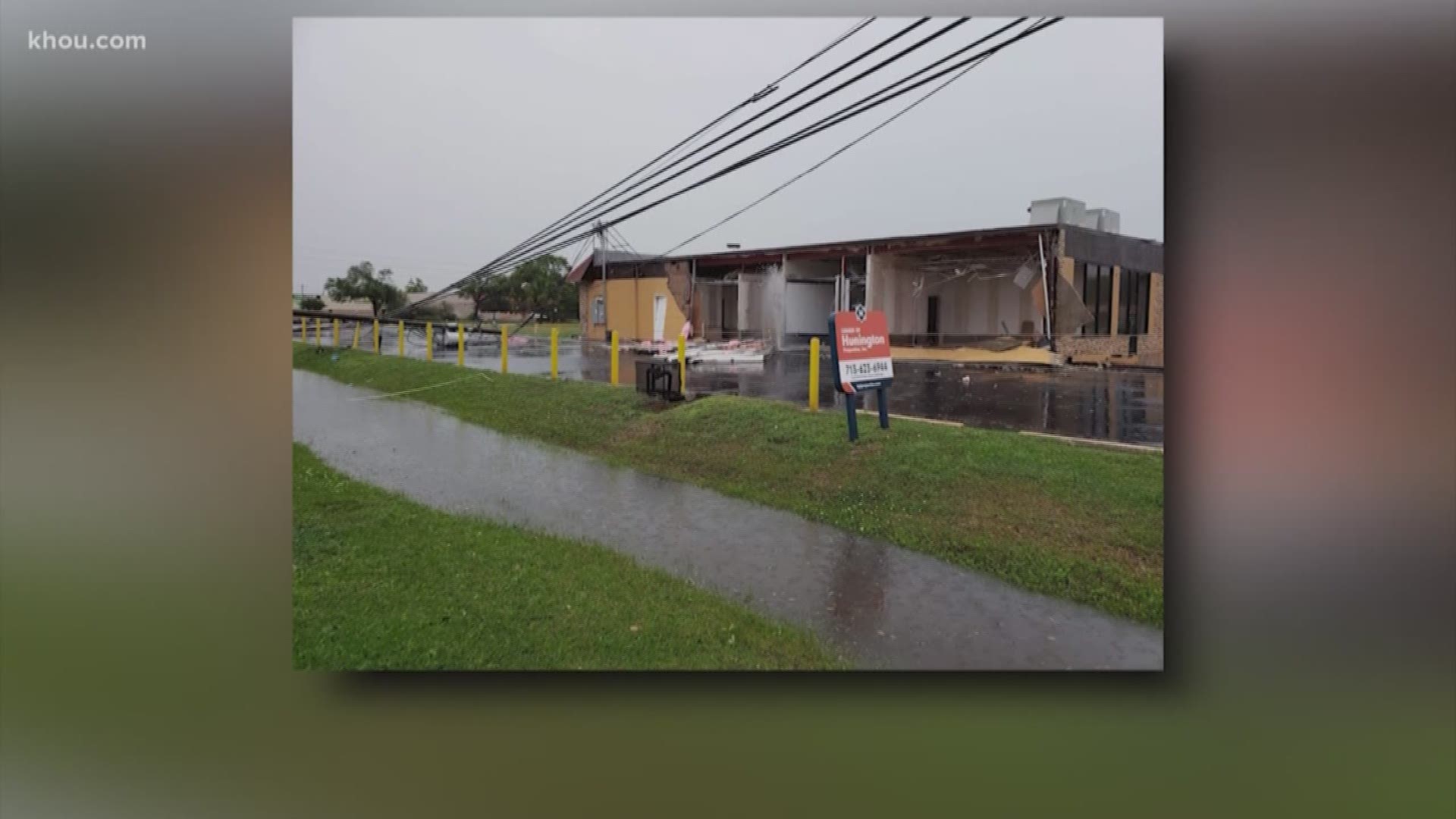 TIME LAPSE OF STORMS ACROSS TEXAS

From flooding to wind damage to tornadoes, it was a wild weather weekend across Texas. The National Weather Service posted a time lapse of storms from early Saturday to Sunday afternoon.

POWER LINES DOWN ACROSS EASTEX FREEWAY

As the storm blew through, it knocked a power line down nearly all the way across the Eastex Freeway northbound at Polk. The downed lines caused major delays.

The roof at Minute Maid couldn't keep the rain out on Sunday during the Astros-Athletics game. We saw several videos online showing the rain was making it through. The rainbow at the end of this one, though, was that the Astros won again, sweeping the A's!

The winds caused fences to come down in some neighborhoods. KHOU 11 Assistant News Director Josh Hubbard captured a trampoline in a tree in his Lake Houston neighborhood.

The bright side: With the storm system out of the way, we should see a beautiful, sunny week ahead. 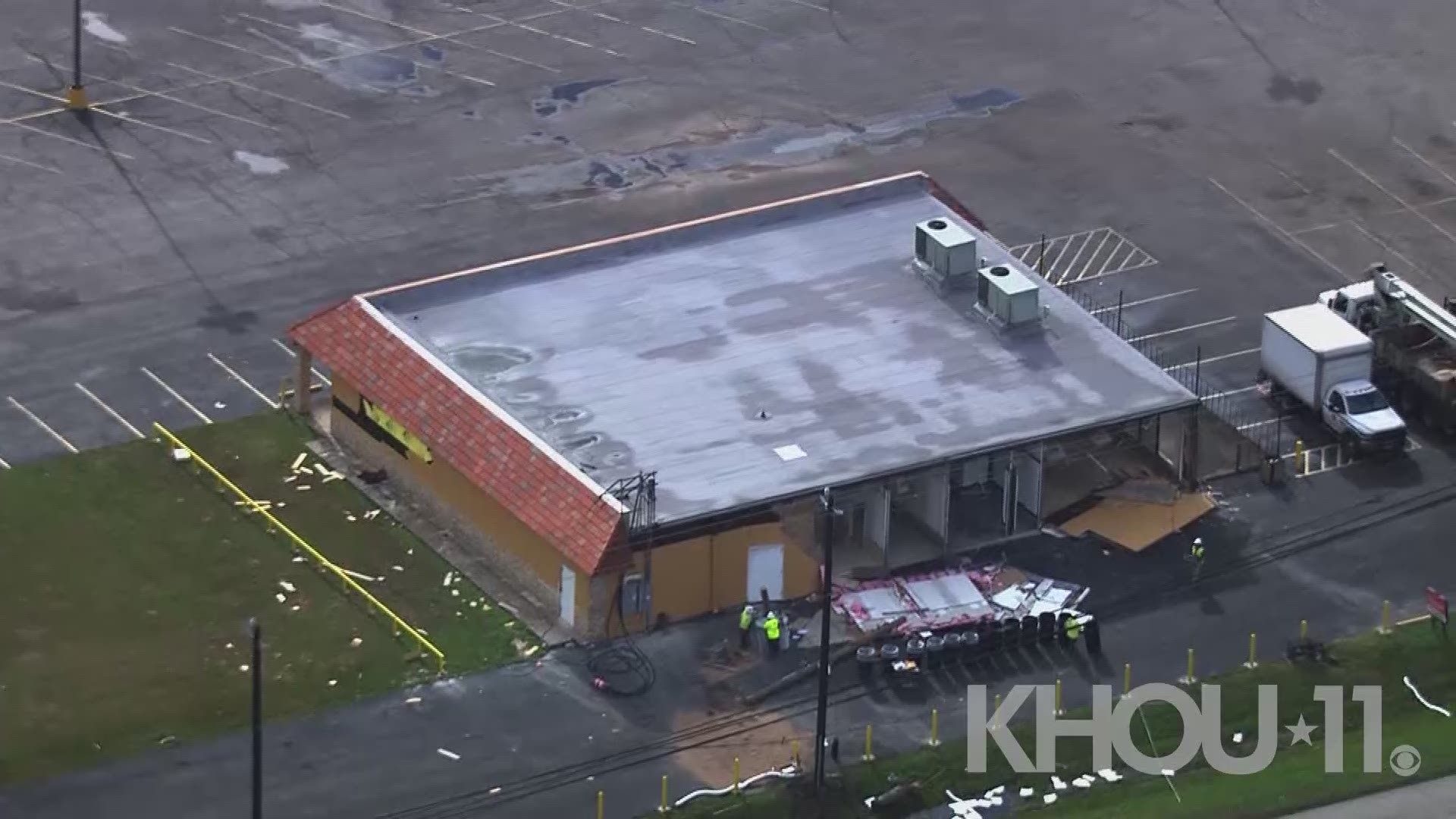