Sheriff Ed Gonzalez said a Camaro and a Mustang were racing on Clay Road near the Grand Parkway when the Camaro crashed into an 18-wheeler. 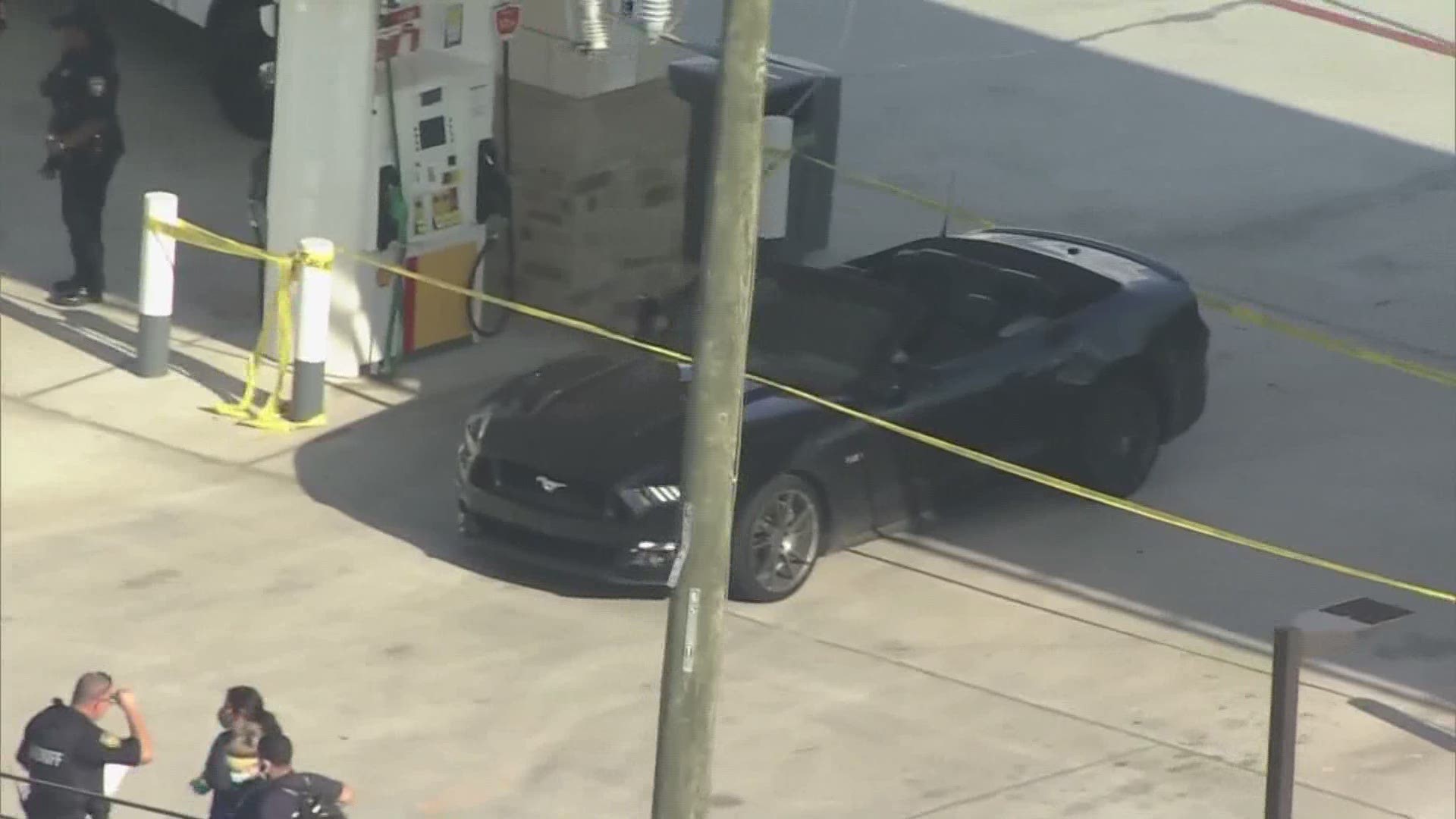 HARRIS COUNTY, Texas — A man is dead and his friend was arrested after a deadly street racing crash in west Harris County on Wednesday, said Harris County Sheriff Ed Gonzalez.

The deadly crash happened on Clay Road near the Grand Parkway.

According to Sheriff Ed Gonzalez, the man and his friend, both 20 years old, were racing along Clay Road in a Camaro and a Mustang when an 18-wheeler made a left turn in front of them into a gas station.

The Camaro driver crashed into the 18-wheeler and died on scene, the sheriff said.

The driver of the Mustang, identified as Oluwatise Gbadebo, was able to avoid crashing into the 18-wheeler but drove into oncoming traffic, striking a curb.

Sheriff Gonzalez said the drivers were friends and Gbadebo returned to the scene. He has been arrested and charged in connection with the deadly incident.

According to investigators, the racers were going about 90 mph before the crash and Gbadebo did not show any signs of impairment.