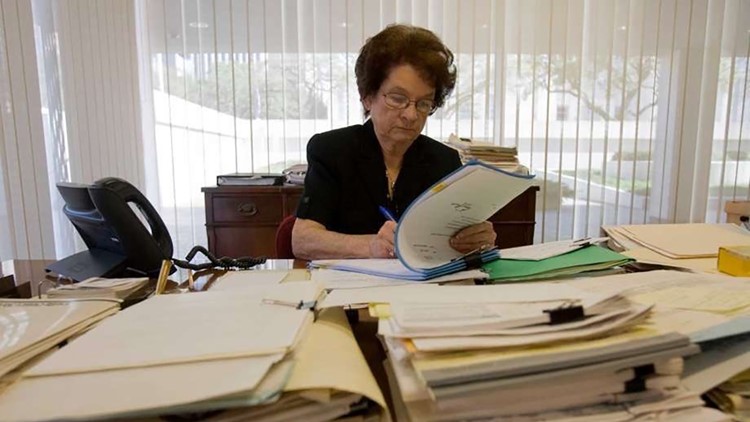 HOUSTON — The city of Houston lost a legendary public servant when the news came down that Anna Russell had died.

Russell, 88, "tirelessly personified public service throughout her nearly 68 years as a city employee," Houston Mayor Sylvester Turner said in a statement after her death.

Russell was the city's longest-tenured worker.

"Houston will have other city secretaries, but there will never be another Anna Adams Russell. Today, my heart is broken following news of Anna’s death," Turner said.

Russell leaves behind three daughters, three grandchildren and one great-grandchild.

Russell, a Lubbock native, began working for the city of Houston in 1950 at the age of 18.

She made $150 per month as a junior clerk. She was appointed City Secretary in 1972 by Mayor Louie Welch.

Turner was the ninth consecutive mayor to appoint her to the City Secretary position.

RELATED: City council votes to pay $1.2M settlement to family of Jordan Baker who was fatally shot by off-duty officer