City inspectors found where the brothel was opening and saw contractors allegedly performing work without a permit. The city then put the brakes on the business. 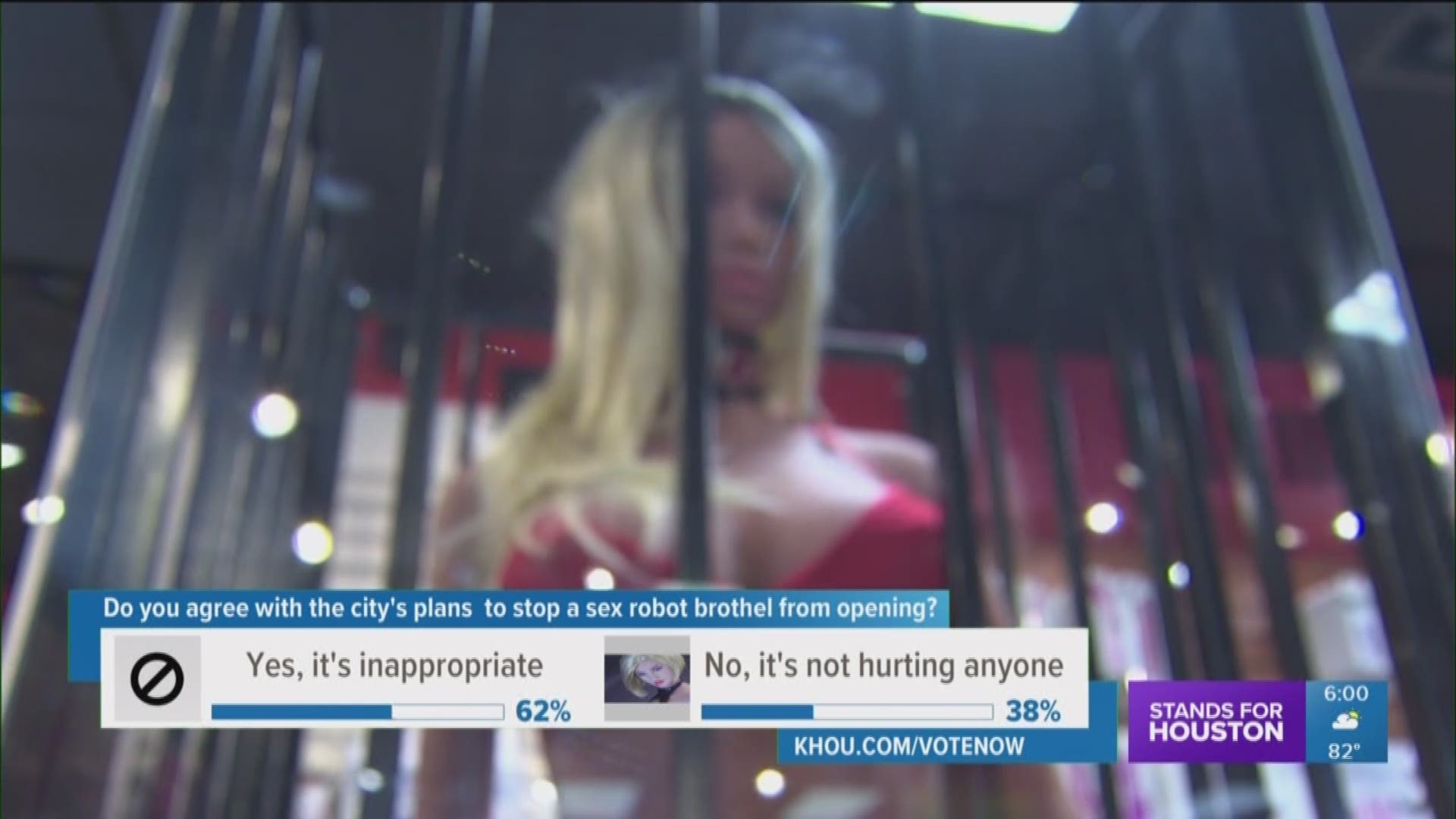 HOUSTON - In an effort to prevent a sex robot brothel from opening its doors, the City of Houston has created a proposed ordinance that would essentially prevent one from doing business.

Council members will put it to a vote in its next meeting on Wednesday.

If the ordinance is approved nobody would be able to have sex with robots at any business in the city.

Much has happened since KHOU 11 first told the city about Kinky S Dolls' plans for a sex robot brothel on Richmond Avenue.

City inspectors found where the brothel was opening and saw contractors allegedly performing work without a permit. The city then put the brakes on the business.

In newly obtained inspection report documents, code enforcement officers found showers being installed and electrical wiring, along with other fixtures.

Inspectors say they believed suite 225 was being renovated to become some sort of a "strip club."

We know it was supposed to be a sex robot brothel.

One of the brothel's employees told KHOU 11 the business is needed in Houston.

Mayor Sylvester Turner and other opponents vowed to fight the business from opening its doors.

In the proposed ordinance, the on-premise use of devices or other items intended to provide sexual stimulation or sexual gratification would be banned.

Bottom line: sex robots coud be sold at a business, but they could not be used there.