Christmas light company hires refugees, others out of work due to COVID-19

The company's founder is specifically reaching out to refugees and immigrants who often face language and other cultural barriers finding work. 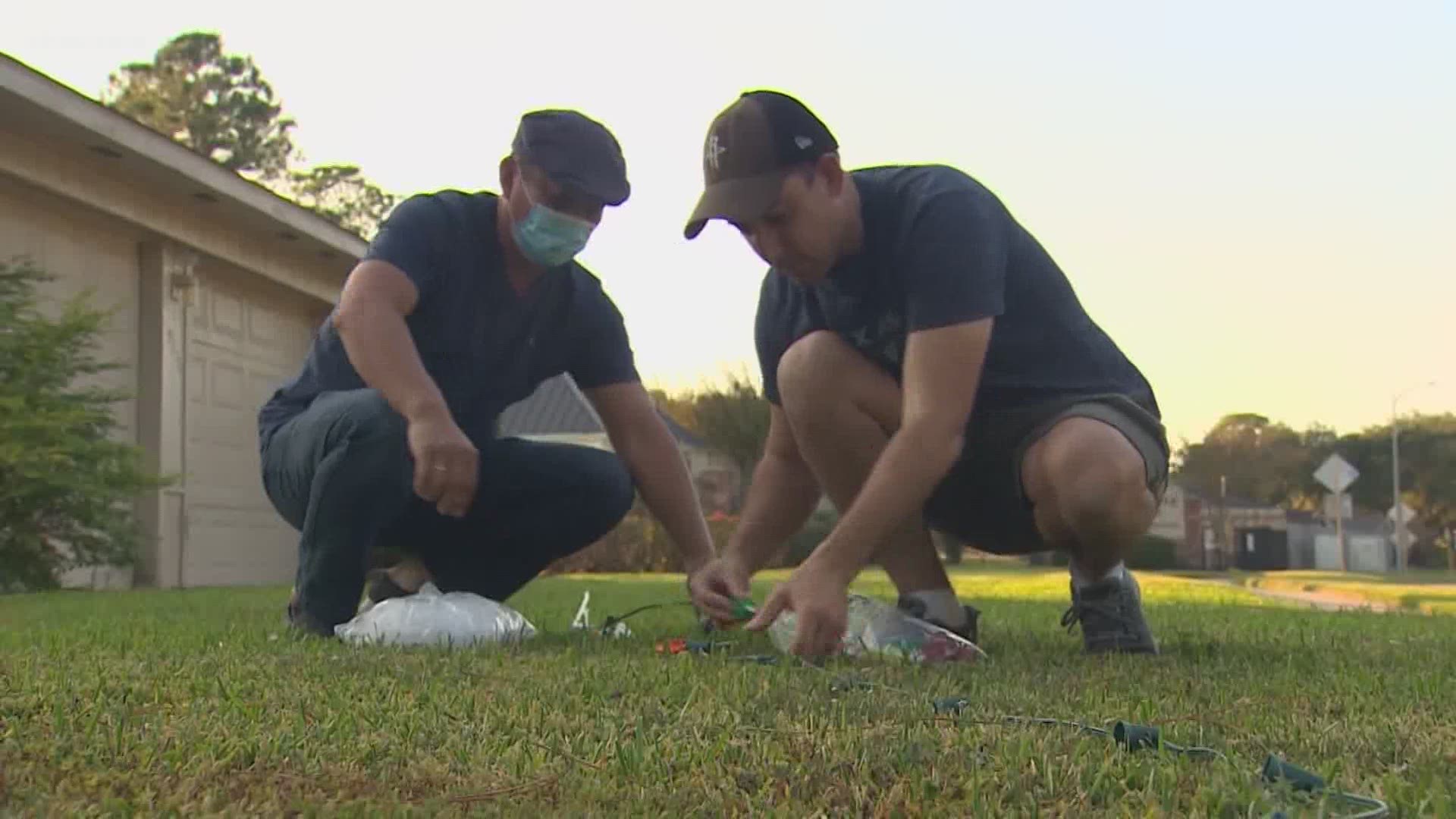 HOUSTON — It may look like a simple job, but it means much more.

“I was looking for an opportunity to be a blessing to refugees," said Brendan Thompson, who launched Light on a House this year.

Not an ideal time to start a business during a pandemic, but that was the purpose.

“Most of them come in and work, they have their shops, but their shops are closed down because of COVID," he said.

Thompson will hire anyone starting at $18/hour to put up Christmas lights. He’s specifically reaching out to refugees and immigrants who often face language and other cultural barriers finding work.

Andrey Tsoy, his wife and daughter came to the U.S. three years ago from Kazakhstan.

“He says it’s like a dream for everybody to come here and live in a free country," said his daughter, Sandra, interpreting for her father.

Tsoy was a baker at a donut shop but got laid off earlier this year.

“He said that his plans are to open something of his own like a business maybe, but for now he can’t because of the English language barrier,” Sandra said.

For him, stringing lights is a stepping stone.

No matter how big or small the job, Thompson hopes it will offer a little something else along the way.

“My hope is that it wouldn’t just be a job, but it would be an opportunity to connect and to be embedded deeper into the fabric of our city," he said.

It's a city where you can still find light during a difficult year.