Sheriff: Mother, 4 children injured in crash in Humble after driver cut them off

The mother and an 8-year-old are in critical condition at the hospital. The other three children are stable. 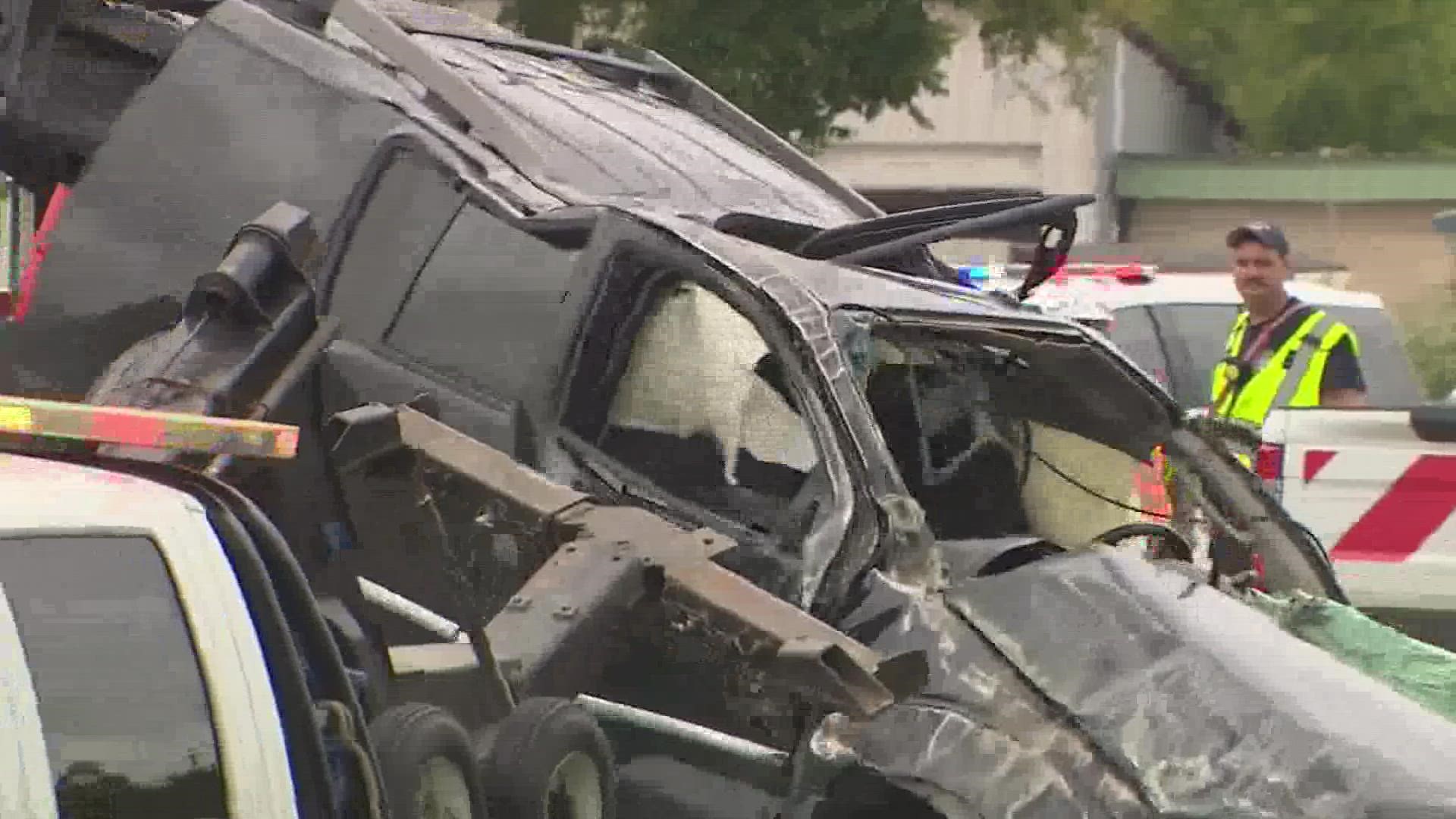 HARRIS COUNTY, Texas — A mother and four children were injured in a rollover crash in Humble after a driver allegedly cut them off.

The mother and an 8-year-old child were taken to the hospital in critical condition. The other three children inside the vehicle were also hospitalized but they are stable, according to Harris County Sheriff Ed Gonzalez.

Sheriff Ed Gonzalez said Friday afternoon it does not appear another car was involved in the crash.

Initially, investigators believed another vehicle cut off a black Nissan Pathfinder and caused it to lose control and crash before leaving the scene.

“It appears the female driver was traveling at a high rate of speed and switching lanes back and forth,” tweeted Sheriff Gonzalez around 3 p.m. Friday. “She lost control of the vehicle, causing it to roll over several times. At this point, we do not believe another vehicle was involved as initially believed. Case remains open and under investigation. If you witnessed the crash, please call us at 713-221-6000.”

Several Good Samaritans saw the crash and leaped into action to rescue everyone in the SUV.

I’m on-scene. Mom and child (8) have been transported to hospital in critical condition. Three other kids were in the car and appear to be stable. A second car involved fled the scene. 1960 completely shut down between Woodland Hills & First Street E. #HouNews #HouTraffic https://t.co/Y0U5w4W5gG

Surveillance video from a nearby business shown to KHOU shows the SUV swerve, roll five times and land in an embankment.

Sheriff Gonzalez also wrote the other three children in the SUV, ages 3, 6 and 7, were all stable as of Friday afternoon.

“This mile right here is, for whatever reason, there’s a lot of speeding,” said Adam Beier, who works at a nearby business. “We’ve had probably five or six wrecks here in the last just couple of years, just right outside of our office. It’s frightful as a parent to hear anybody like that have to go through that.”

Sheriff Gonzalez commended the citizens who stepped up to help after the crash, including a member of HCSO who was driving through the area.

“Several people, including our lieutenant who was here on scene, started taking action, started rendering aid to all involved,” the sheriff said.

Kawanza Dukes, a Red Cross volunteer, stopped to help when she saw the emergency response vehicles. At that point, the mom and four kids had been taken to the hospital.

“In these times, we just need to all be supportive of each other,” Dukes said. “My heart is with the family.”