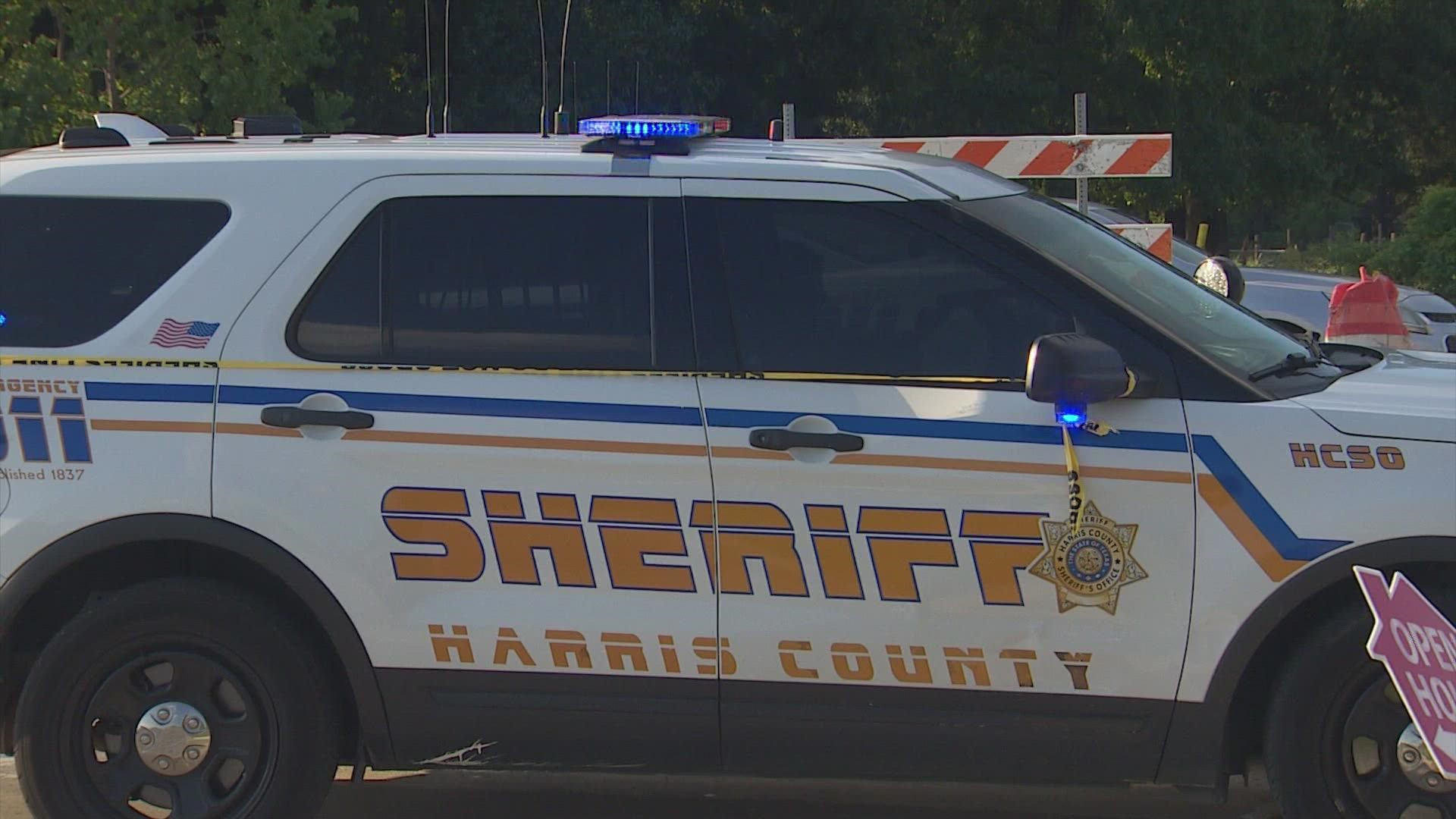 HARRIS COUNTY, Texas — A 10-year-old child was injured after multiple shots were fired into a vehicle Sunday in north Harris County, according to investigators.

Sheriff Ed Gonzalez tweeted at 4:36 p.m. that officers were searching for two women and a man riding in a white-colored Jeep Patriot with a Texas buyer tag.

Deputies said the suspects pulled alongside the victim's vehicle in the 15200 block of Pecan Landing, which is near the intersection of Richey Road and Ella Boulevard. Multiple shots were reportedly fired and the suspects drove away down Ella.

@HCSOTexas units investigating a shooting at 15200 blk of Pecan Landing. Initial info: suspects, described as two black females and one black male in a white-colored Jeep Patriot with a TX buyer tag, pulled up along side a car in which a 10-yr-ole male was riding in, shooting pic.twitter.com/sMbwenAjbf

Gonzalez said the child was most likely hit by fragments. They suffered minor injuries.

Anyone with information that could help is asked to call the Harris County Sheriff's Office at 713-221-6000.