HPD: 2-year-old girl dies after being ejected from vehicle during crash

This happened around 3:15 p.m. in the 12500 block of the Northwest Freeway frontage road near Bingle. 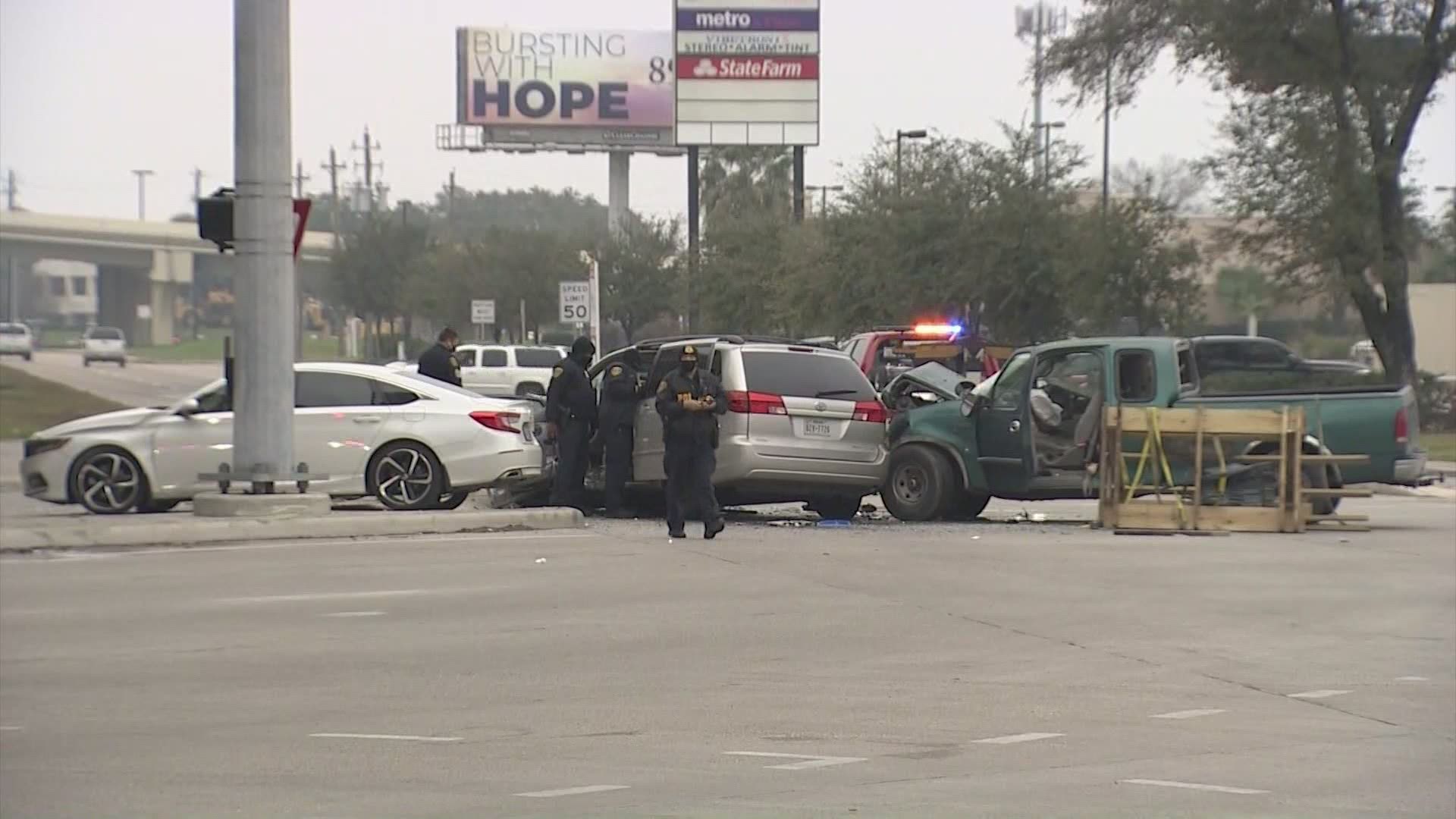 HOUSTON — A 2-year-old girl died after they were ejected from a vehicle during a crash along the Northwest Freeway Friday afternoon, police said.

Houston police said this happened around 3:15 p.m. in the 12500 block of the Northwest Freeway frontage road near Bingle.

Police said two cars, including a Toyota minivan, were heading west on the frontage road when a green Ford truck heading south ran a red light. The truck struck the minivan which then struck the other car.

A mother and her two children, including the 2-year-old, were inside the minivan, police said.

The driver of the truck was also transported to a local hospital.

Motorists are asked to avoid the area.

Check back for details on this developing story.

TRAFFIC ALERT: Vehicular Crimes is en route to a crash at 12500 Northwest Freeway service road near Bingle Road that occurred about 3:15 p.m.