HOUSTON -- Former U.S. President George H.W. Bush held his wife's hand and was at her side when she died Tuesday, according to Bush's chief of staff.

Barbara Bush was 92 and the couple had been married 73 years -- longer than any couple in presidential history.

Mr. Bush's chief of staff released a statement saying the former president is broken-hearted, but he "is being stoic and strong" during this challenging time.

Jean Becker, chief of staff at the Office of George H. W. Bush, gave this update on the 41st President of the United States. pic.twitter.com/pjOKi3szVc

Mr. Bush held his wife's hand all day Tuesday and was at her side when "she left this good earth," the statement said. 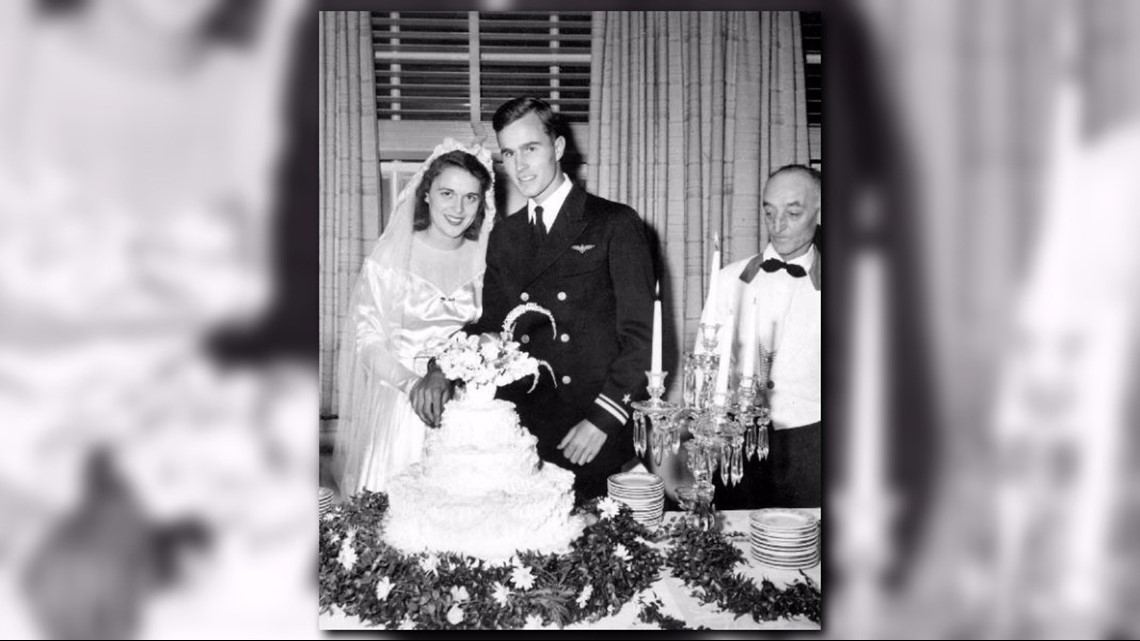 Their love story began in 1941 when George was 17 and Barbara was 16. They met at a school dance and became engaged a year and a half later.

RELATED: George and Barbara Bush: A love story for the ages

George H.W. Bush was on his way to becoming the youngest pilot in the U.S. Navy before serving in World War II.

They married in 1945, had six children – one of them a future president himself. Mrs. Bush is also survived by 17 grandchildren and seven great grandchildren.

PHOTOS: The Bushes in recent years

George H.W. Bush is being lifted up by his large and supportive family, Chief of Staff Jean Becker said.