Chief Acevedo: No truth to these ‘crazy conspiracy theories’ 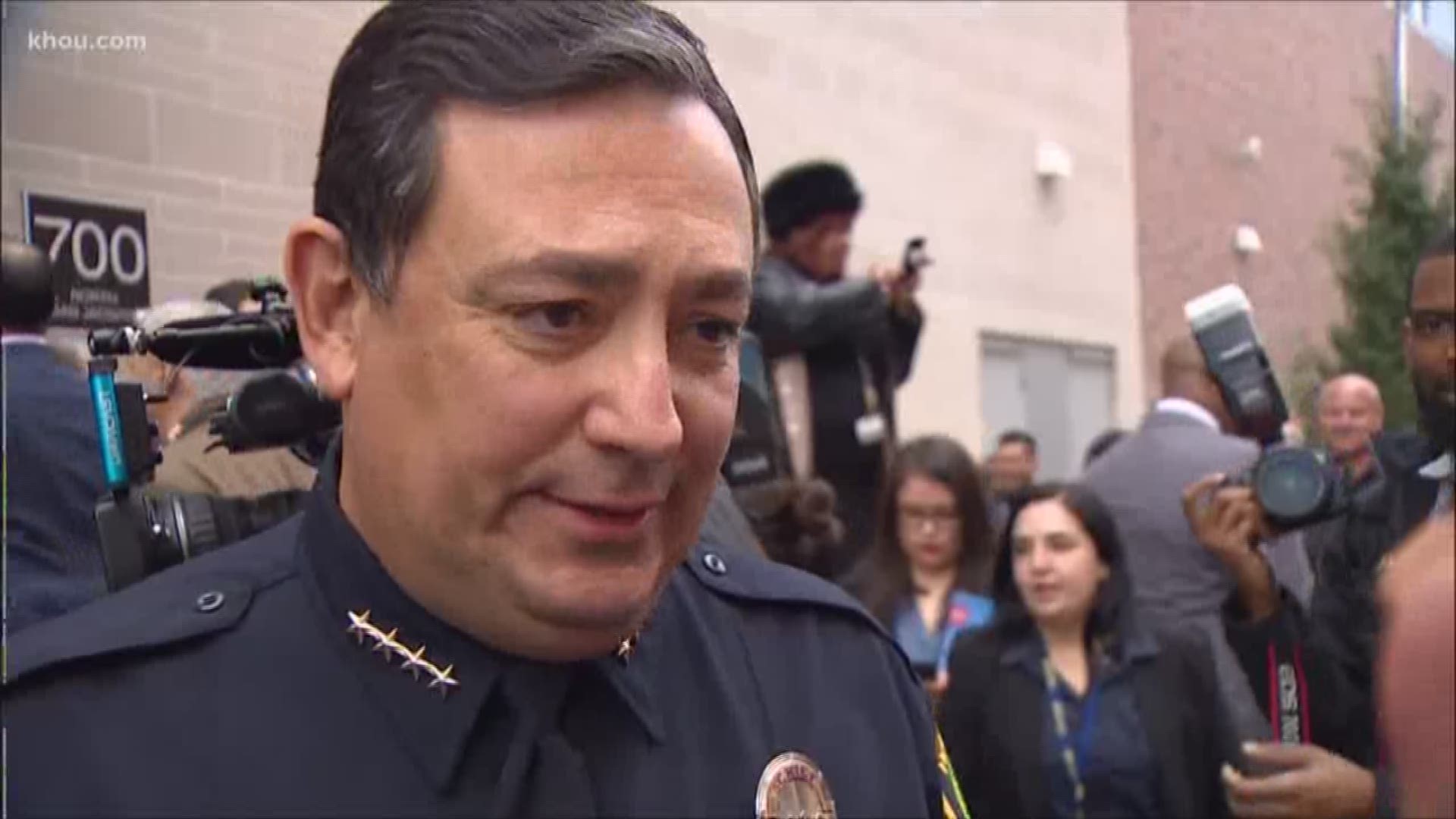 Acevedo said a comprehensive investigation is underway but shut down some of the rumors being spread on social media.

“When someone starts shooting at you, you don’t wait. You get to shoot back,” Acevedo said. “I guarantee you we got the right house. The notion that we just showed up there because we had nothing better to do is simply wrong."

Acevedo did release some new information about what led to the raid. He said an anonymous citizen called 911 on Jan. 8 and said her daughter was doing heroin at the house on Harding.

The chief said he released the “no-knock” search warrant Wednesday to be transparent and to answer questions about what led to the raid in southeast Houston.

According to the warrant, a confidential informant bought heroin at the house the night before the shootout. He told police he saw more heroin and a gun inside.

But some people on social media aren’t buying it.

“Could’ve. Would’ve. Should’ve. It’s the world we live in. The bottom line is we -- good, bad or indifferent -- we will report back to the community everything we find,” Acevedo said.

For perspective, Acevedo pointed out HPD served 1,736 search warrants in 2018 and only one resulted in an officer-involved shooting.

He said Internal Affairs and HPD’s Special Investigations Unit are both looking into the raid and everything leading up to it. The DA's office will investigate the drug investigation that led to the raid.

For the first time, Acevedo spoke about the controversial comments by HPOU President Joe Gamaldi the night of the shooting.

Chief Acevedo also had an update on the three officers who remain at Memorial Hermann Hospital.

“One had facial reconstructive surgery yesterday. He’s got more to go. The other one’s hanging tough,” the chief said. “But we still need prayers and the prayers that we’re asking for from the community is prayer for a full recovery.”

The officer who had knee surgery is expected to be released from the hospital soon. The other two who were shot are recovering at home.

RELATED: 'I’m tired of seeing officers shot and the next day we all just move on': Officer shot in 2017 tells his story