The department is turning its attention to Houston's roadways, gun safety, and even some convenience stores. 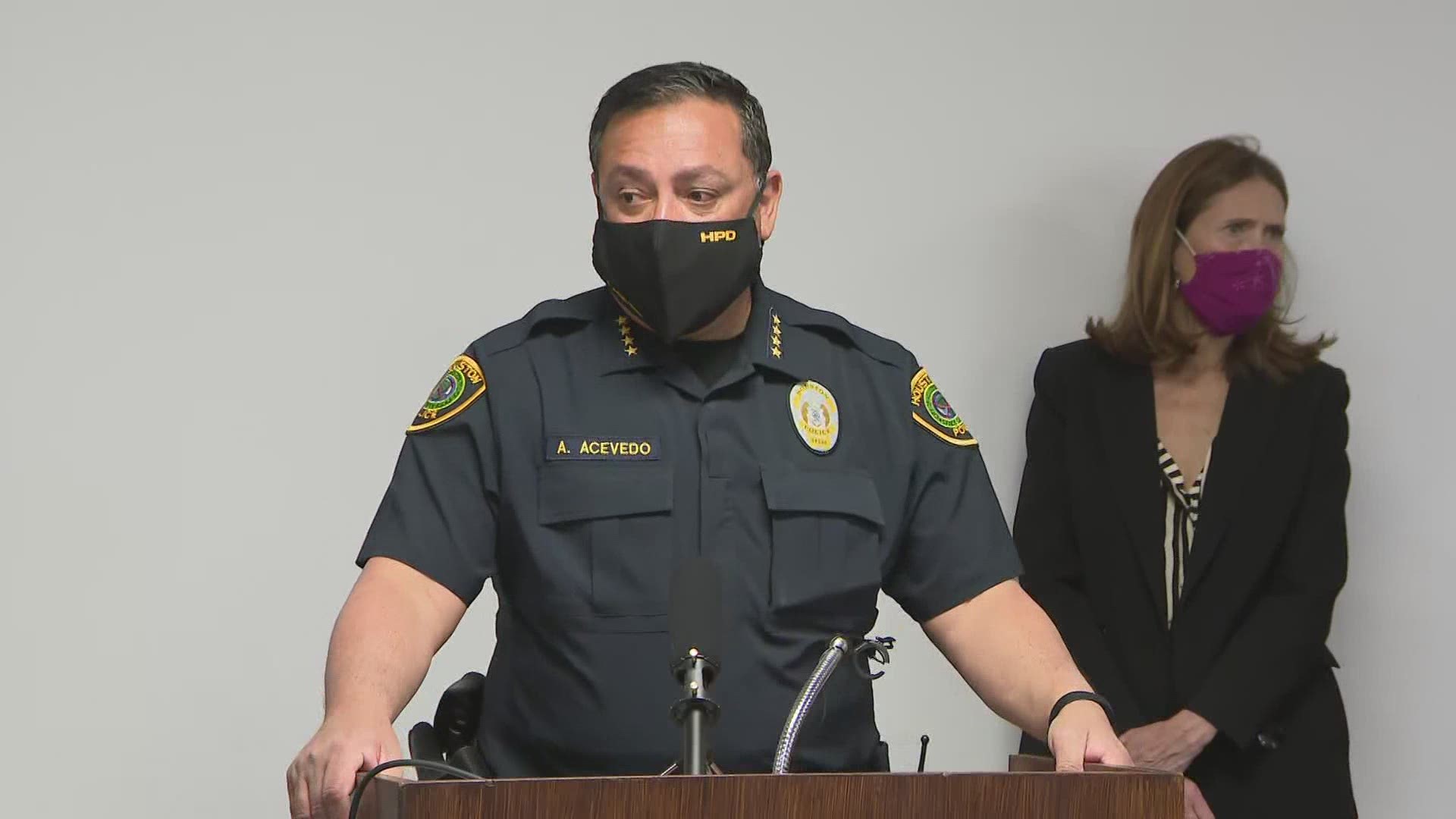 Police Chief Art Acevedo discussed the department's plan to combat crime within Houston during a press conference Monday for its annual "March on Crime" initiative. He said HPD is cracking down on gun violence, road rages and vehicle break-ins.

Mayor Sylvester Turner has issued an proclamation officially making next month March on Crime Month in Houston, commemorating the department for its commitment to reducing and eliminating crime through this initiative.

"Make sure that your firearms are secure in your home, make sure they're out of the hands of young people, and make sure that if you're in a volatile situation at home with domestic violence [...] remove them from a home where there isn't stability in that home," Acevedo said.

Domestic violence is a driver of aggravated assault, according to Acevedo. He said HPD continues to work with its government and non-government partners to protect victims of domestic violence and to connect individuals with mental health services.

Since the pandemic began, gun violence has become a common factor in both traffic incidents and domestic cases nationwide.

"Burglary of motor vehicles continues to be a problem -- we need people to take, lock and hide your items in your vehicles," Acevedo said. "the most important item that you can keep out of your vehicle is your firearms."

Acevedo said HPD is cracking down on motor vehicle burglaries as these stolen weapons are often used in other more violent crimes.

"We support the [License to Carry] program, but here's the problem: people are leaving there firearms in their cars," Acevedo said. "The criminals are targeting the cars for guns. Every year, thousands of firearms are stolen from motor vehicles in our city, and those firearms ended up being used to commit crimes."

Acevedo urged armed drivers to keep their guns locked inside a case that can't be easily accessed and advised against using bumper stickers, such as "Protected by Smith and Wesson" or NRA stickers, which signal to criminals a gun may be inside the vehicle.

"Do not advertise that you have a gun," he said.

Moreover, the department is working with both local and state-level partners, including the Texas Department of Public Safety, to address the recent spike in violent road rage incidents and street takeovers.

Harris County District Attorney Kim Ogg previously announced her office has been working closely with HPD and the Harris County Sheriff's Office to confiscate vehicles and pursue stricter punishment against drivers who engage in reckless or dangerous behaviors.

Acevedo said the department is doing more to pursue public nuisance cases and better tracking calls for services and criminal activity at these locations.

"We're starting to put public nuisance cases on these convenience stores, so be a responsible owner," Acevedo said. "Put up no loitering signs. You have rights as private businesses to keep people off of your premises [...] if you're going to allow people to hang out and engage in criminal activity, and it's creating this violence, you're probably going to ended up dealing with a nuisance/abatement lawsuit."

He said the law suit would be from the city or county in conjunction with the police department.