A shelter-in-place was issued for industrial neighbors and the San Jacinto State Battleground State Park, which closed when the fire started and isn't scheduled to reopen until Monday. 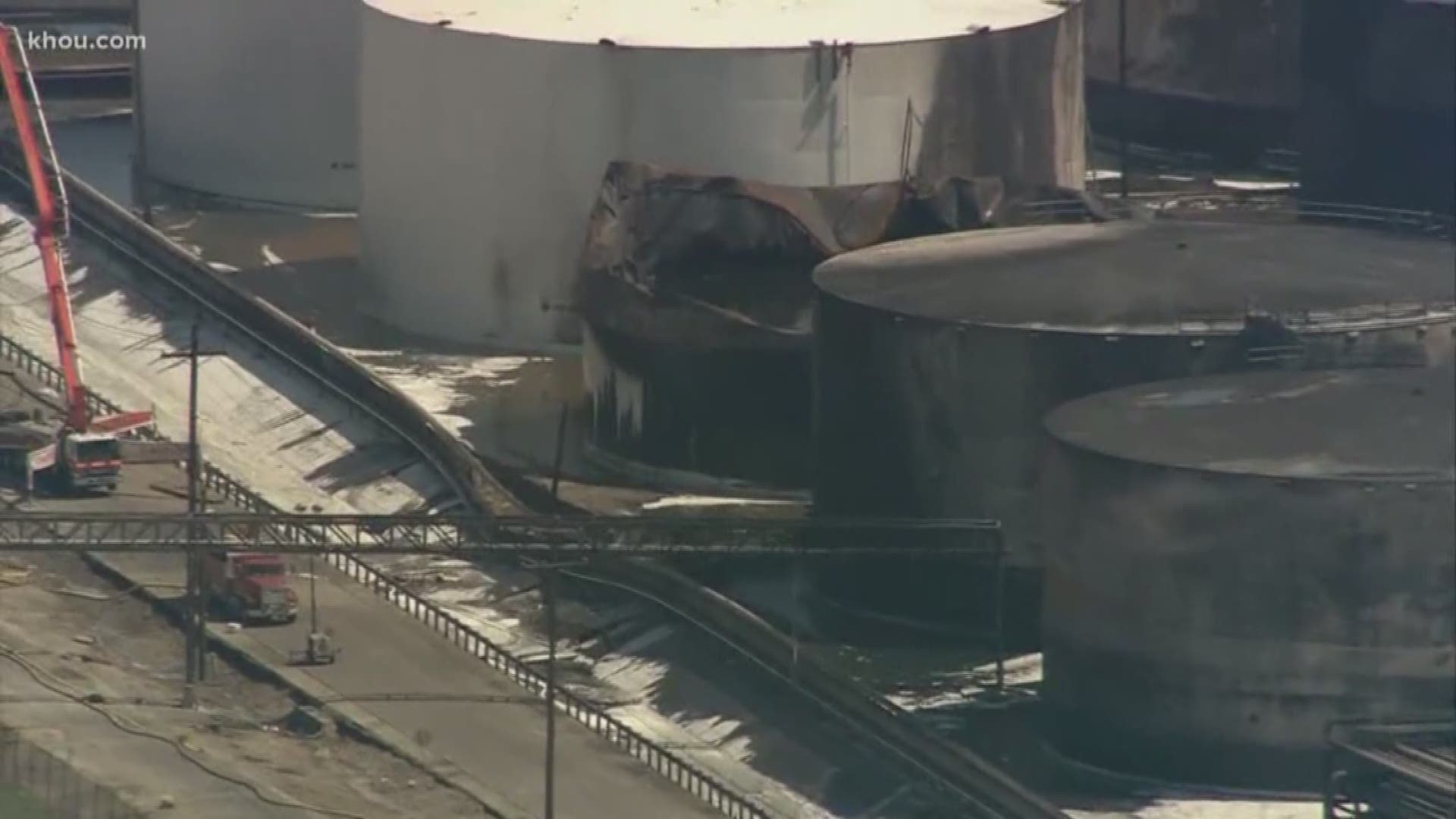 Editor's note: The ITC tank farm was burning again Friday afternoon. ITC doesn't know yet which tanks are on fire. More on the fire here.

DEER PARK, Texas -  A dike wall containing a chemical or chemicals released during the ITC tank farm fire has partially collapsed, according to the Deer Park Office of Emergency Management.

A shelter-in-place was issued for industrial neighbors and the San Jacinto State Battleground State Park, which closed when the fire started and isn't scheduled to reopen until Monday.

The shelter-in-place did not include the City of Deer Park.

The Houston Ship Channel between Tucker Bayou and the San Jacinto Monument to Crystal Bay is closed because of the release.

"We are taking additional measures in an effort to contain the release," ITC said in a statement. "We are coordinating with federal, state and local officials to resolve the issue as soon as possible."

Bob Stokes, president of the Galveston Bay Foundation, was attempting to collect water samples on the Ship Channel before the leak.

“It’s sort of a soup of things potentially, all the things that were in those tanks," Stokes said. “It’s a heck of a lot harder to clean it up and it sort of disperses. At that point, it’s not really physically possible to clean it up. It’s more a matter of figuring out what the impacts are and trying to mitigate the impacts.”

The earthen dike wall is a secondary containment wall on the north side near tank 80-7. But the chemicals involved didn't necessarily come from that tank. ITC isn't sure yet which chemical or chemicals are involved.

“This situation is not contained. It keeps changing," he said.

RELATED: Another shelter-in-place possible as Deer Park tanks being emptied

RELATED: 2 Deer Park sirens were down when it was time to shelter-in-place