Suspect in custody after chase across southeast Houston ends in crash

Police say the chase started when the suspect was driving erratically. 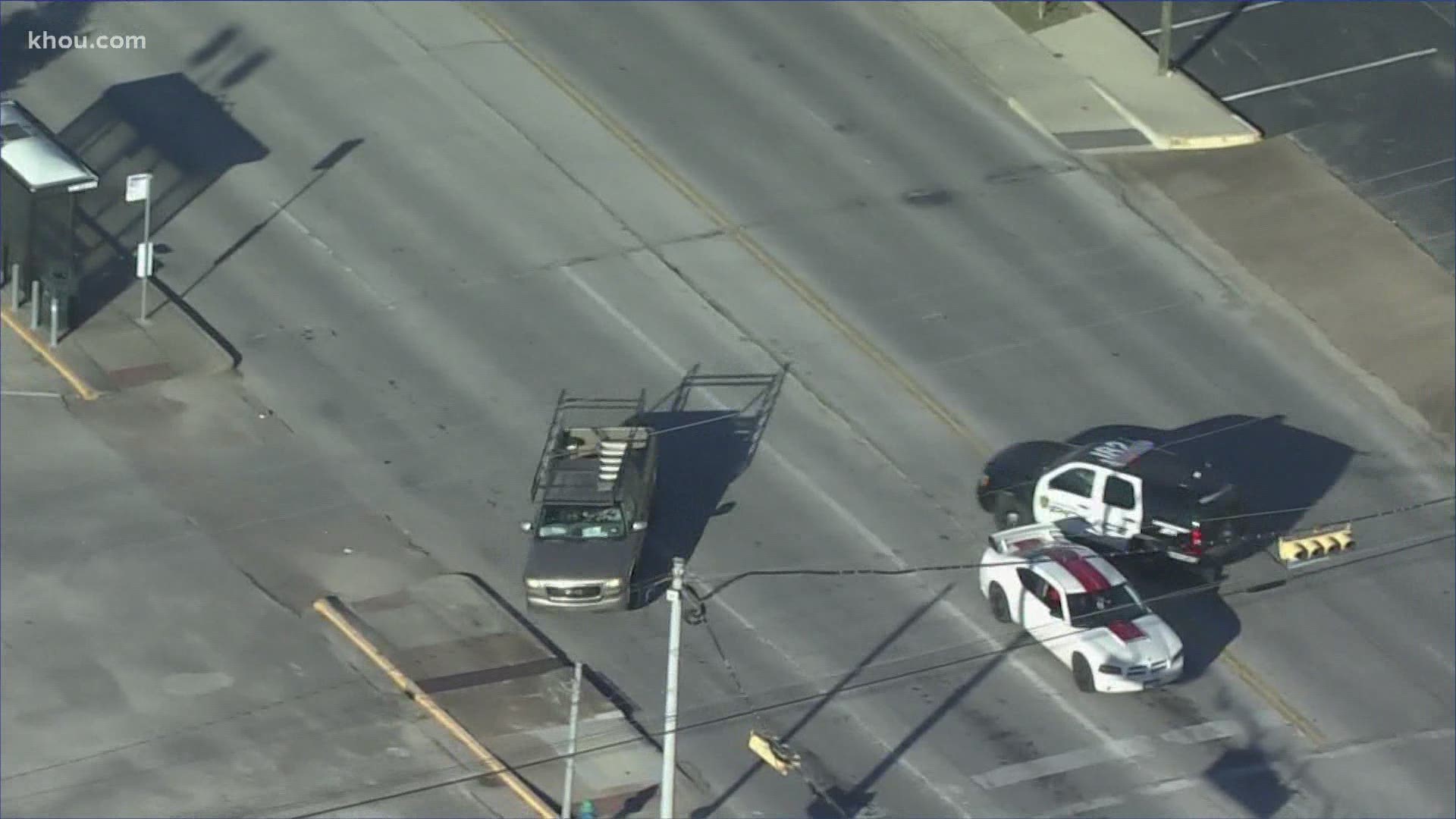 HOUSTON — A police chase in southeast Houston ended with one suspect in custody Wednesday.

The chase started with reports of a suspect driving a pickup truck erratically. At points during the chase, the suspect was driving the wrong direction.

It ended near the Gulf Freeway and South Wayside when the suspect crashed into a Dodge Charger with a mother and her two children inside. Police said the family was not injured in the crash.

Police said the suspect, Cresencio Ventura, 33, had three felony warrants before the incident and is expected to be charged in the chase as well. Ventura has been charged with felony evading and felon in possession of weapon.

The pickup the suspect was driving was reported stolen, police said.

The passenger in the pickup is not expected to be charged in the chase.

Air 11 was over the case when it came to an end.

This is the second chase Air 11 has been over in two days. Just yesterday, a suspect led police on a chase after an alleged assault.