According to Sheriff Brian C. Hawthorne, John Stewart Beasley, 46, an active-duty Baytown police officer, has been missing since approximately 3:30 p.m. on Thursday. 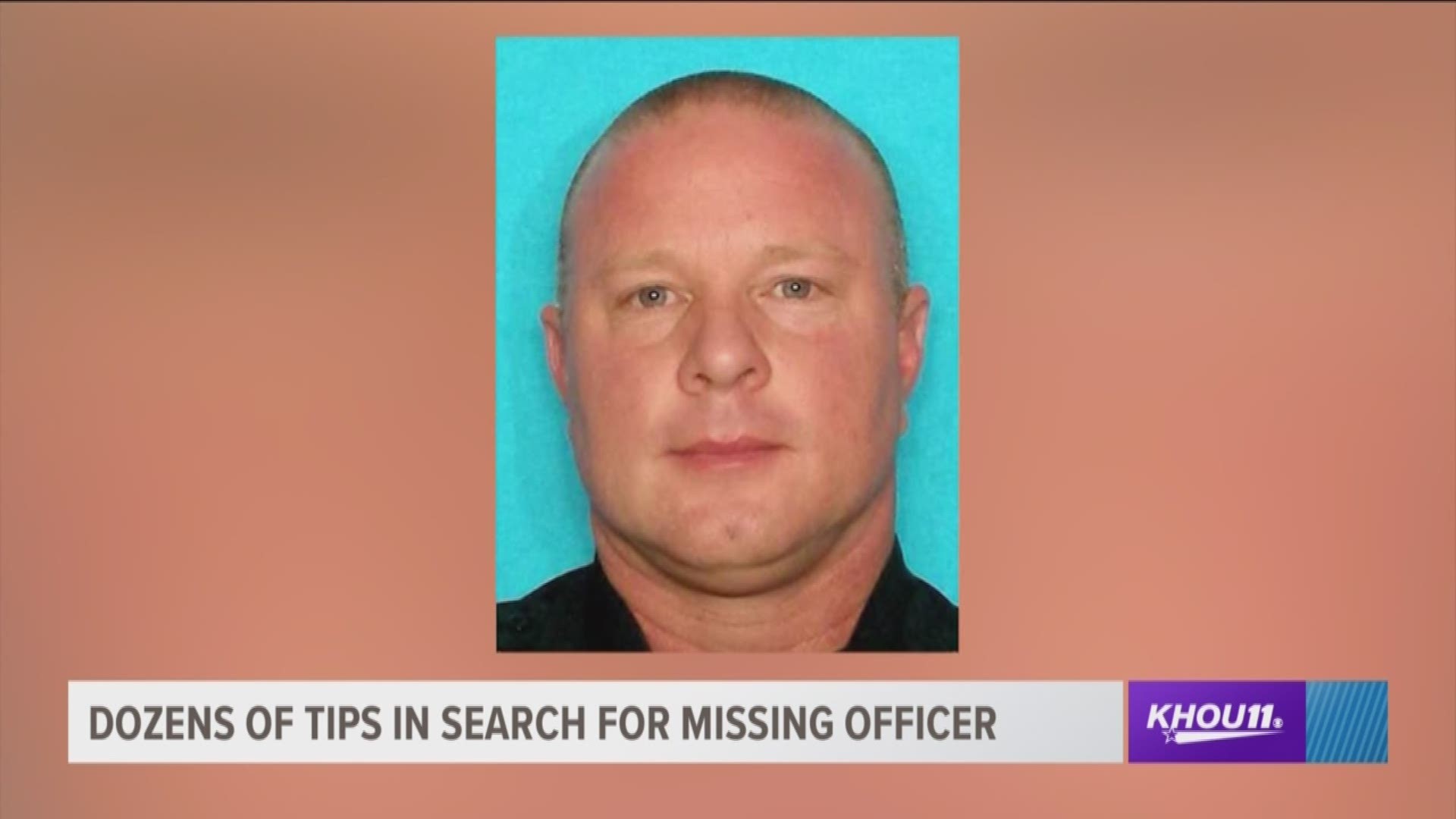 CHAMBERS COUNTY, Texas – Chambers County Sheriff’s Office is asking the public for help in finding a Baytown police officer who has been missing since Thursday.

John Stewart Beasley, 46, an active-duty Baytown police officer, has been missing since around 3:30 p.m. on Thursday.

According to Chambers County Sheriff Brian C. Hawthorne, when Beasley's son couldn't find him at their home Thursday afternoon, he called some of his dad's friends who are also law enforcement officers.

He asked if they had seen or heard from his dad but no one had. Hawthorne said officers then started reaching out and trying to find Beasley.

Around 9 p.m. that evening, his wife called the sheriff's office and reported Beasley missing.

The Sheriff said he is believed to have walked out of the back door of his home in 1800 block of Parker Place Drive in the Cove, Texas area.

In a press conference held Monday morning, Hawthorne said Beasley's cell phone was found in a wooded area behind the home. The battery was separated from the phone when it was discovered.

Deputies from the Chambers County Sheriff’s Office, officers from the Baytown Police Department, dog teams from Alpha Team Search and Rescue from League City, and a K-9 team from the Texas Department of Criminal Justice have all joined in on the search.

The sheriff said there are no indications of foul play at this time surrounding his disappearance but detectives continue to investigate all possible leads and scenarios.

Lt. Steve Dorris, Public Information Officer with the Baytown Police Department, says Beasley has been with department for 23 years.

When reporters asked if there was a possibility Beasley may be unstable mentally, Lt. Dorris said he didn't want to speak on Beasley's mental state. But he did mention the officer seems to have a lot of good things going on in his life, including building a new home.

"What I do know is that we have a brother that's missing and we definitely want to bring him home." said Lt. Dorris.

He urged anyone with anyone information to reach out to authorities.

"A lot of the times, people think what they may know is very small and insignificant but that small piece of information could be very significant to the investigation. If anybody has any information, please pick up the phone and call the Chambers County Sheriff's Department and let them know." said Dorris.

Additional resources are being called in to assist in the search and investigation as they become available.

Beasley is described as a white male, 5 feet 9 inches tall, approximately 220 pounds with a muscular build. He has green eyes and buzz cut blonde hair.

He was last believed to be wearing a gray pull over T-shirt, khaki colored cargo pants and black hiking-type shoes. Beasley has a teal blue colored tribal tattoo on his upper right shoulder.

The public is asked that if anyone has any information concerning this matter that they immediately contact the Chambers County Sheriff’s Office at 409-267-2500 or Chambers County Crimestoppers at 844-860-8477.