Cheryl McNair wasn't hurt and firefighters saved her cat and some of the space shuttle memorabilia from her late husband astronaut Ron McNair. 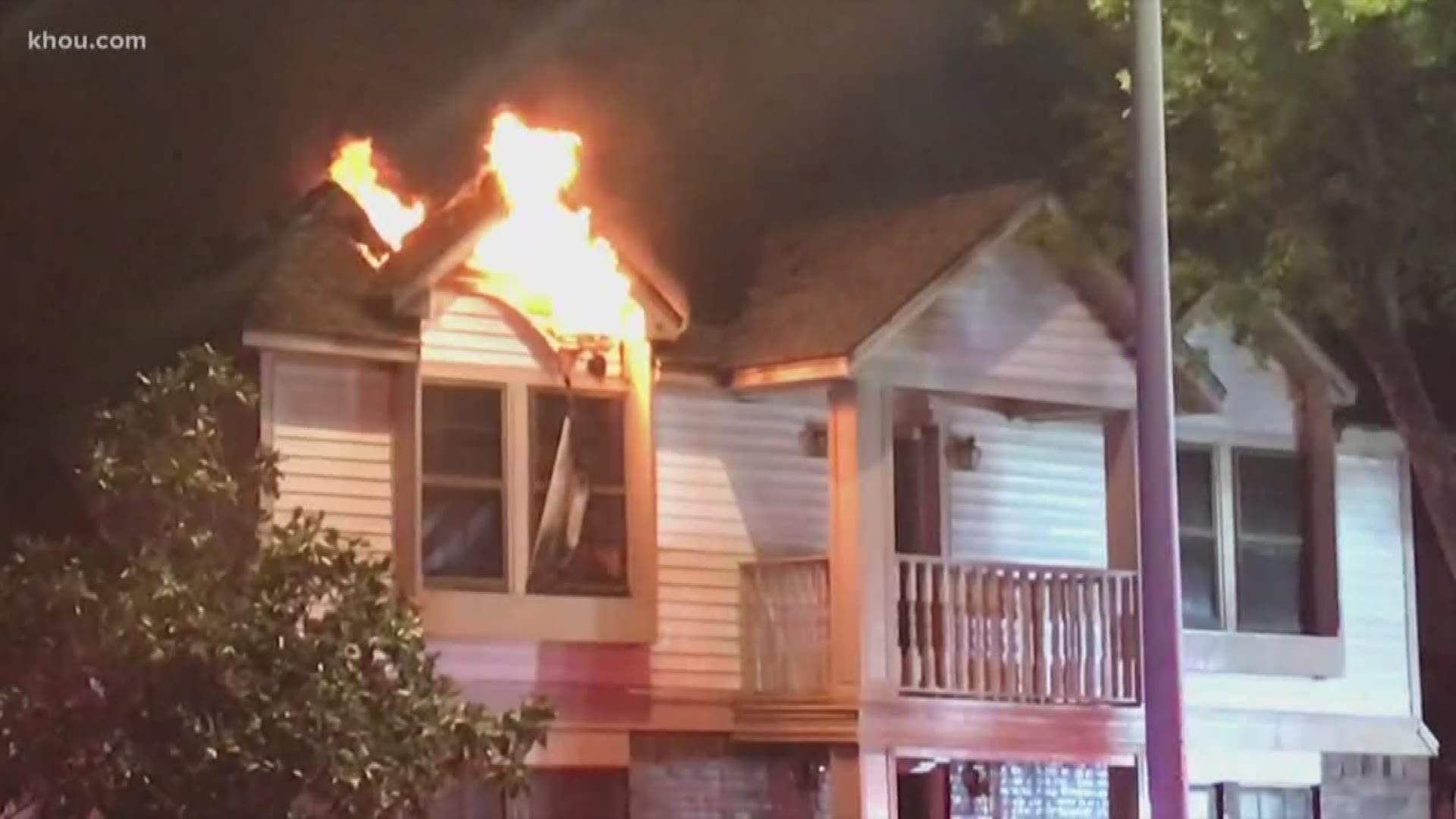 EL LAGO, Texas — An early morning fire rips through the home of Challenger astronaut Ronald McNair and his widow Cheryl.

The fire at the El Lago home 1600 block of West Chelsea Place was called in by the alarm company around 5 a.m. Wednesday.

The fire was so intense at some point that Seabrook firefighters had to be pulled from the house and go into a defensive mode.

McNair was asleep at the time but was able to make it out.

Special memorabilia was saved but the house suffered significant damage. McNair just had minutes to get out of the burning home, so some irreplaceable items were lost in the fire.

In a statement, she said, “Unfortunately, there was a fire in my home this morning that caused extensive damage. I was fortunate that my home security system alerted me of the fire and was able to get out of the house safely.

“I greatly appreciate the outpouring of calls, continued thoughts and prayers as we begin to assess the damage and move forward.”

Luckily, what was most valuable to her made it out of the home: Cradled by a Seabrook firefighter, Rocka Jen the cat was carried out of the home on Chelsea Place after surviving the fire.

“Oh, I feel great to know that she’s OK," said A.D. Williams, a McNair family friend said. "She and her daughter and, of course, the cat.”

The fire destroyed the home along with memories McNair shared with her late husband.

“Cheryl is such a wonderful, giving person, so I was really heartbroken to hear about the fire but I’m most happy to know that she’s safe and well," Harris said.

McNair was able to save some memorabilia from the space pioneer.

“These individuals were willing to give their lives for the advancement of science and learning in our society and so it’s important that we hold on to those items to remind ourselves of that,” Harris said.

It’s a reminder of the sacrifices that have been made for this country.

“Some of them may not be restorable or whatnot but his name speaks well for itself," Williams said.

NASA issued a statement, saying, "Our hearts go out to the McNair family. We appreciate the tremendous support and assistance provided by first responders and the community."

The cause of the fire is still under investigation, but if the house is destroyed, people would love to see it become a landmark.