As many as 30 students went to school Tuesday dressed in chains, jerseys, fake tattoos, and corn rows, before administrators announced they would cancel the rest of spirit week. 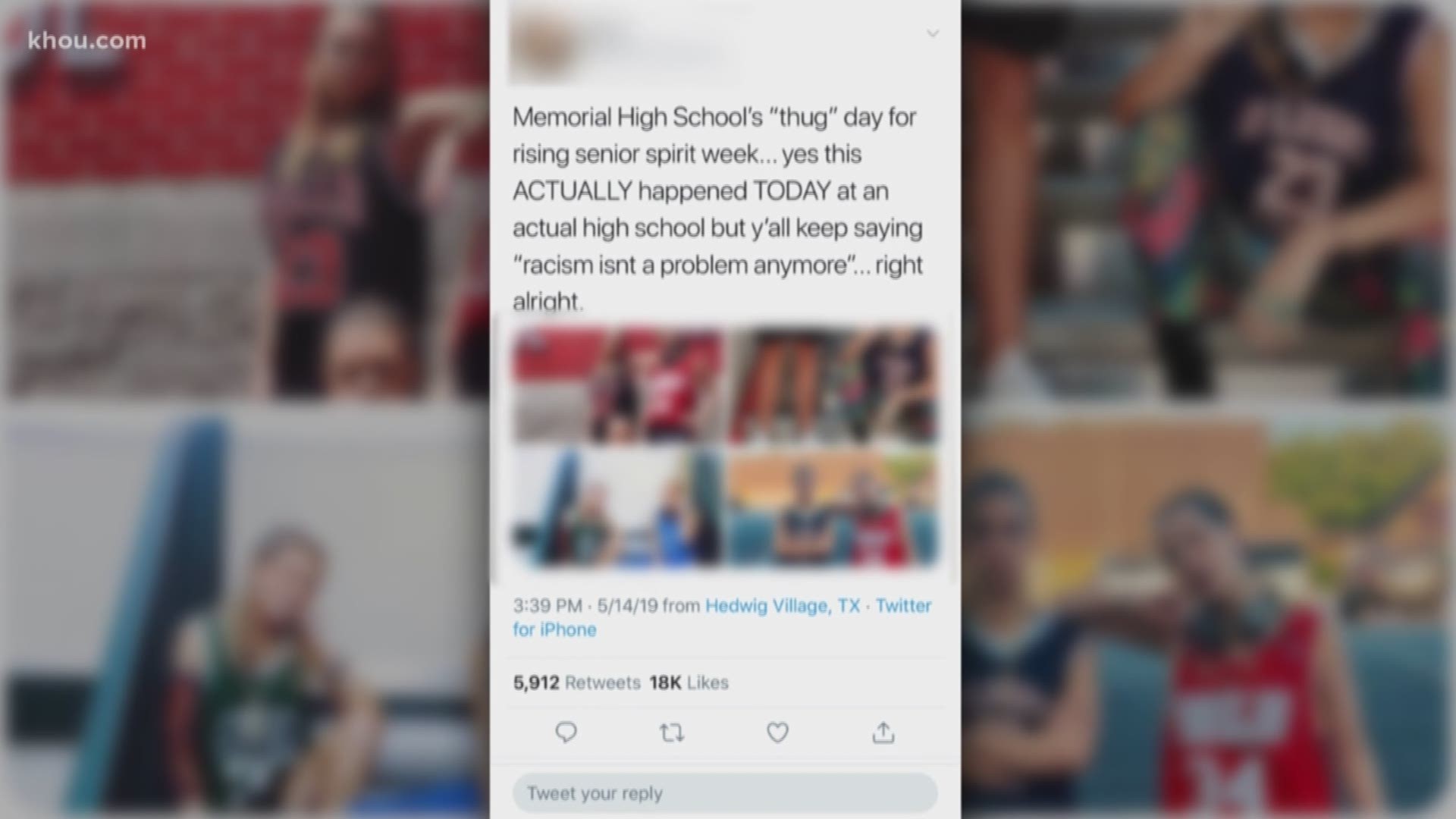 As many as 30 students went to school Tuesday dressed in chains, jerseys, fake tattoos, and corn rows, before administrators announced they would cancel the rest of spirit week.

A tweet, now shared thousands of times, raised eyebrows and frustrations over students wearing the outfits to school. On the same profile page, the user shares photos of past years where students again used jersey day to wear racially-insensitive clothing.

Administrators with the high school won’t say if any disciplinary actions have been taken against the students in the photos.

“Thug day” became the not-so-hidden meaning for the day, complete with secret flyers, according to former student Monica Day.

Day said back in 2015, the official term was “senior swag day,” which again perpetuated stereotypes.

“We also used to have "Senioritas" which was a Mexican theme day in which many girls would wear Mexican dresses and boys would wear ponchos, sombreros and fake mustaches," Day said. "During the theme day students would ‘act Mexican’ and ask other students if they needed their lawns mowed. One female student who I will not name went so far as to dress as a border patrol officer at school.”

Some students said they knew what was happening could be considered offensive, but few actually spoke out. One student explained how they felt it was about making fun of the stereotypes and not so much about race.

We spoke to a student from a nearby high school who said she saw what happened on Snapchat and the response was very different.

“I saw a lot of people from other schools reposting this and talking about how inappropriate it is,” she said.

Administrators sent this statement to all parents:

“Memorial High School has a longstanding tradition for its rising juniors to have special dress days during the week before finals to celebrate the fact that this student class will soon be seniors. MHS junior class officers worked together with students and administrators to create approved Monday-Friday dress-up themes: Hippie, Jersey, 2000s, USA/America, Hawaiian.

On Tuesday, some rising juniors wore inappropriate dress and body/hair decorations as part of an alternative, unapproved response to the theme day. As a shared expectation about the theme was clearly violated, MHS has cancelled all remaining dress theme days for the remainder of this week.

While the majority of rising juniors followed the approved dress theme on Tuesday, any instance of an inappropriate or offensive dress violation will not be tolerated. Students found to be in violation of the Student Code of Conduct and dress code will be given a consequence.

MHS is focused today on preparing all students for finals and ending the school year well.”

In years past, administrators said spirit week was run by students without much oversight. Only recently have administrators required approval of all spirit days in advance.