The Central Texas Food Bank is seeing record-breaking demand for food and says it expects this need to continue through the year. 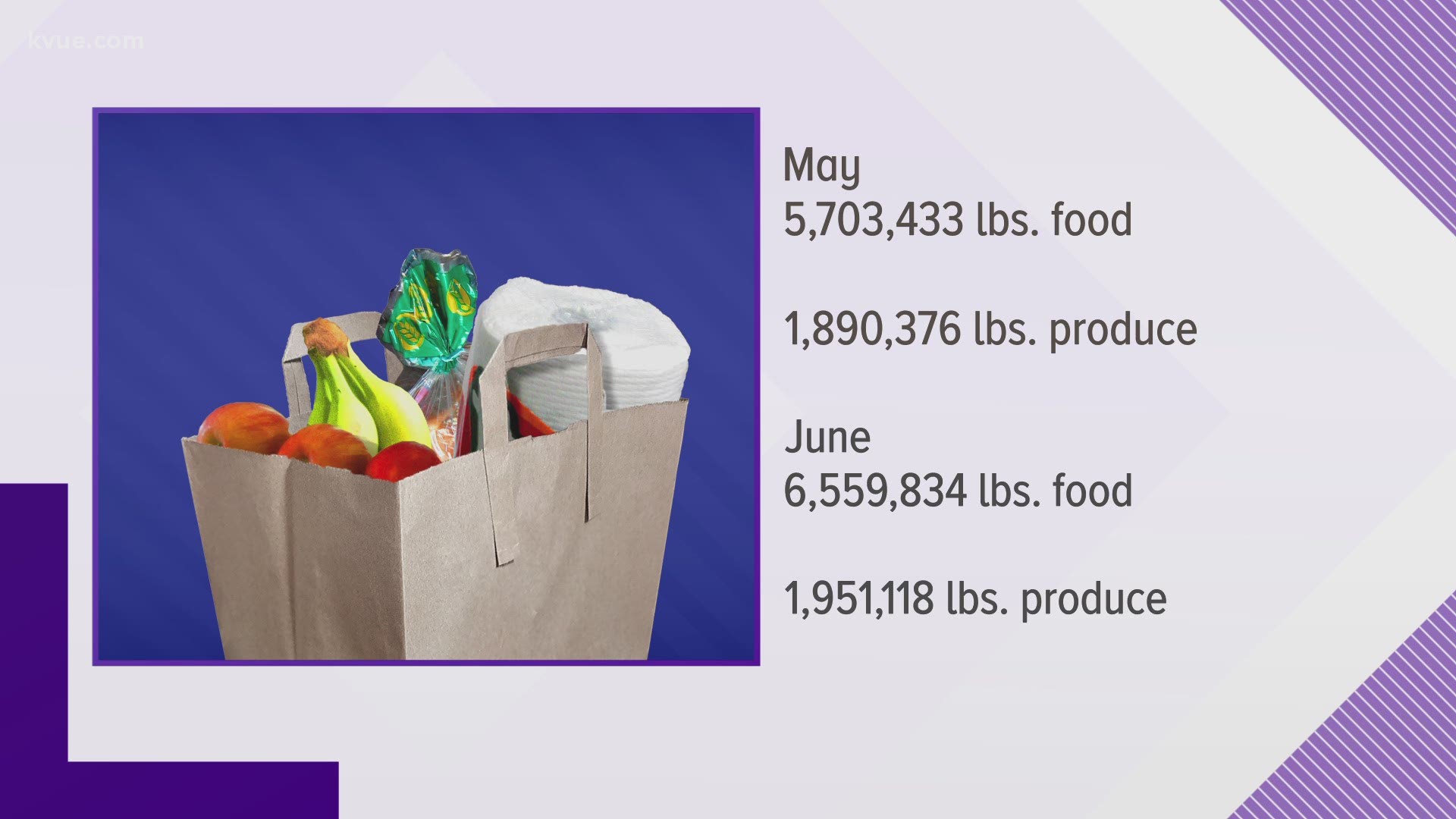 In May, the food bank reported that it distributed a "history-making" amount of food with more than 5.7 million pounds to its 21-county service area.

In June, the food bank said it "blew that record out of the water" with more than 6.5 million pounds of food distributed.

In 2019, the food bank said it averaged about 4.3 million pounds of distributed food.

RELATED: Demand for free food in Austin still great despite the state's reopening

Across the 21-county service area:

"We don't ever expect to return to pre-COVID numbers. The days of the 50,000 a week, those are over, and we're certain they're over for months and months to come," said Derrick Chubbs, president and CEO of the Central Texas Food Bank. "But we thought things were leveling out, and we can plan when things are leveling out. But then toward the end of June, they started to spike again, and they spiked hard."

Just by comparison, in the first six months of this year, the food bank had already passed the amount of food it distributed in all of 2019.

There are additional food distributions coming up. Click here to find a location near you.

If you'd like to help, Chubbs said monetary donations are the best way to give back at this time.