Chris Grider, Kissing Tree Vineyards owner, has been charged for his role in the U.S. Capitol riot after he admitted to being there in a TV interview. 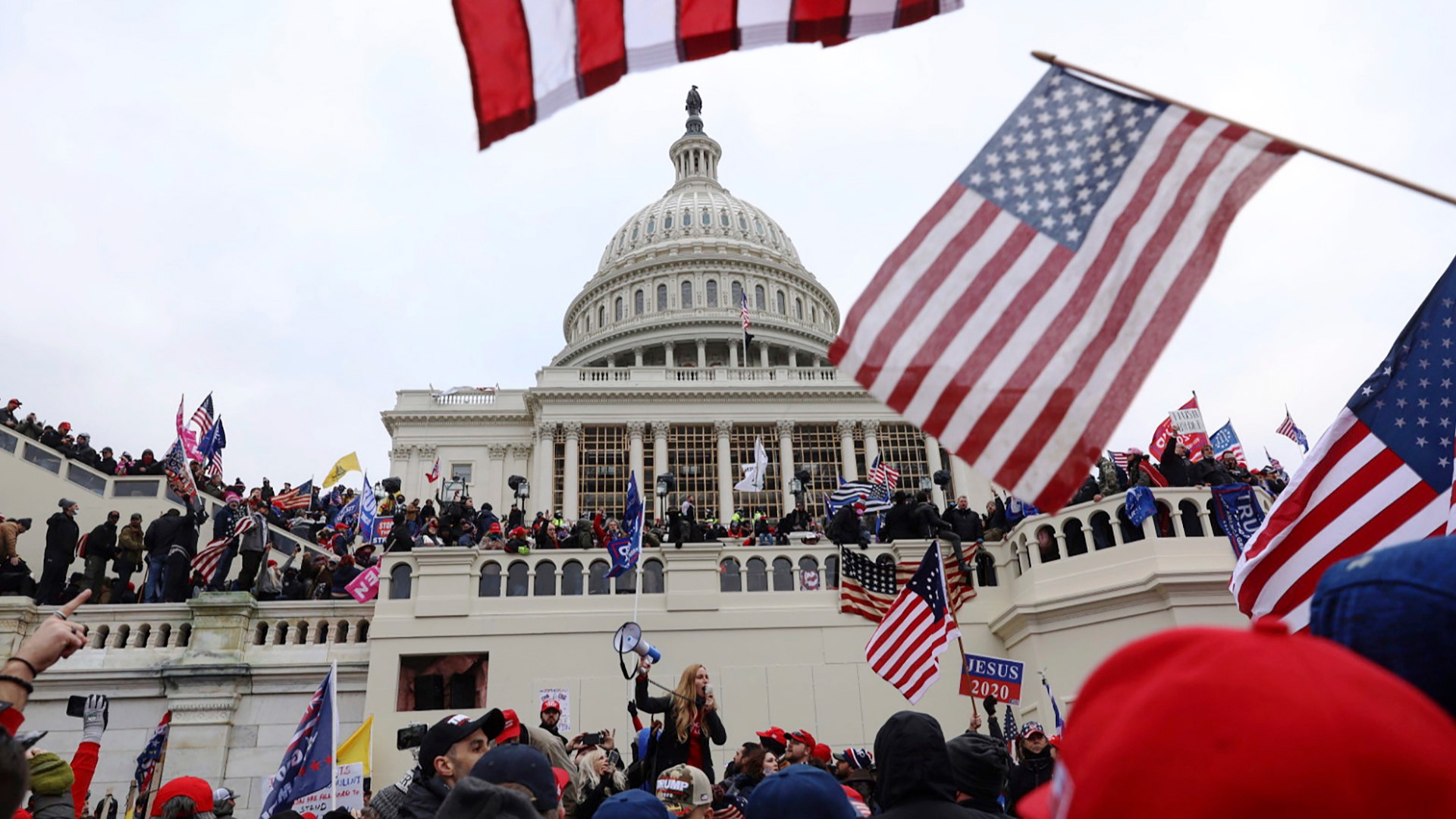 TEXAS, USA — Editor's Note: The video above is from a previous story about a Central Texas man's involvement in storming the U.S. Capitol on Jan. 6.

A Bruceville-Eddy business owner who was identified as one of the rioters that  stormed the U.S. Capitol on Jan. 6 has surrendered himself to FBI agents in Austin.

Christopher Grider, the owner of Kissing Tree Vineyards, surrendered himself Thursday afternoon and remains in federal custody. Grider is being charged with destruction or damage to government property, knowingly entering and remaining in a restricted area without authority, and violent entry and disorderly conduct on Capitol grounds, according to a federal criminal complaint.

He is set to appear before U.S. Magistrate Judge Susan Hightower Friday morning.

Assistant U.S. Attorney Michael C. Galdo filed a motion requesting that Grider be held without bond Thursday afternoon. A judge has not yet ruled on the motion.

According to the complaint, Grider admitted to a Waco news station to being inside the U.S. Capitol building within feet from the woman who was shot and killed while storming the building. The woman was later identified as Ashli Babbitt. From there, law enforcement was able to gather videos corroborating Grider's admission that he was inside the building on Jan. 6.

The complaint includes several screenshots showing Grider inside the U.S. Capitol wearing a black jacket, a yellow "Don't Tread on Me" flag around his neck, a black backpack on his shoulders and blue jeans. Other videos show him also wearing a blue mask and a red "Make America Great Again" hat.

Investigating agents retrieved a driver's license photo of Grider and confirmed that the photo matched the appearance of the photos and video taken at the Capitol and included in the complaint.

Using the description, officers were also able to identify the Central Texas business owner in a video showing him outside of the Capitol, holding his phone and moving it around as if he were taking photos and video, the complaint goes on.

Inside the building, Grider was seen in several areas before arriving to the Speaker's Lobby where the shooting happened, per the complaint. He was also seen holding a black helmet and later handing it to another person who used it to break the glass windows leading to the House chambers. Video showed him trying to push open the doors and then kick them.

The complaint said Grider was also on scene when Babbitt was shot and was seen minutes after, leaning over the railing, trying to get a better view of Babbitt bleeding on the floor while appearing to take pictures or video.

Grider previously told 6 News that he hired an attorney and could not speak on the matter. However, he did say the backlash he received was "politically driven and overblown."

The criticism Grider has received for participating has led some to call for a complete boycott of his business, with some even saying they won't buy his businesses' wine anymore. 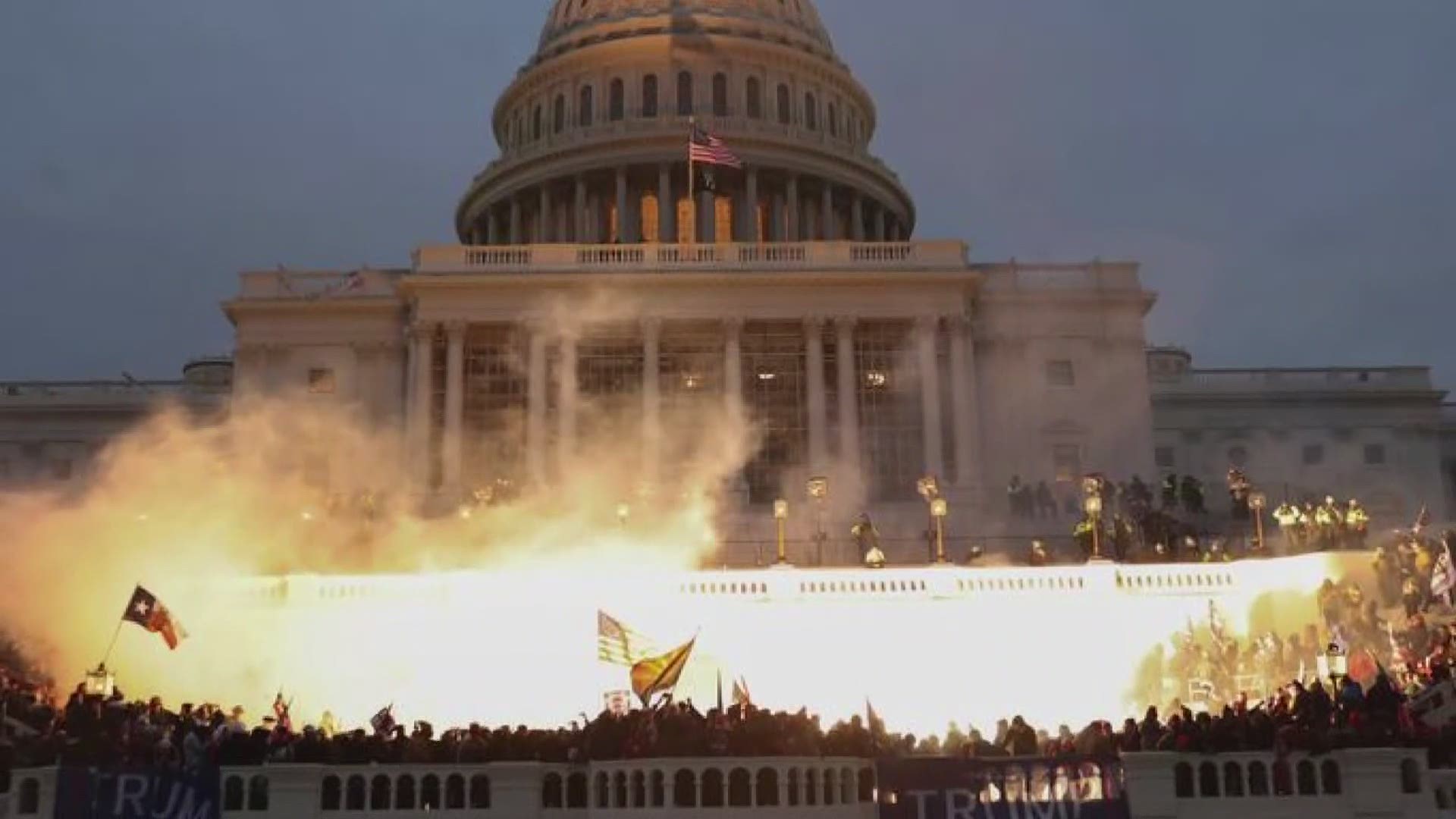