More than 130,000 CenterPoint customers lost power Thursday afternoon as crews worked to keep up with the widespread outages around Houston. 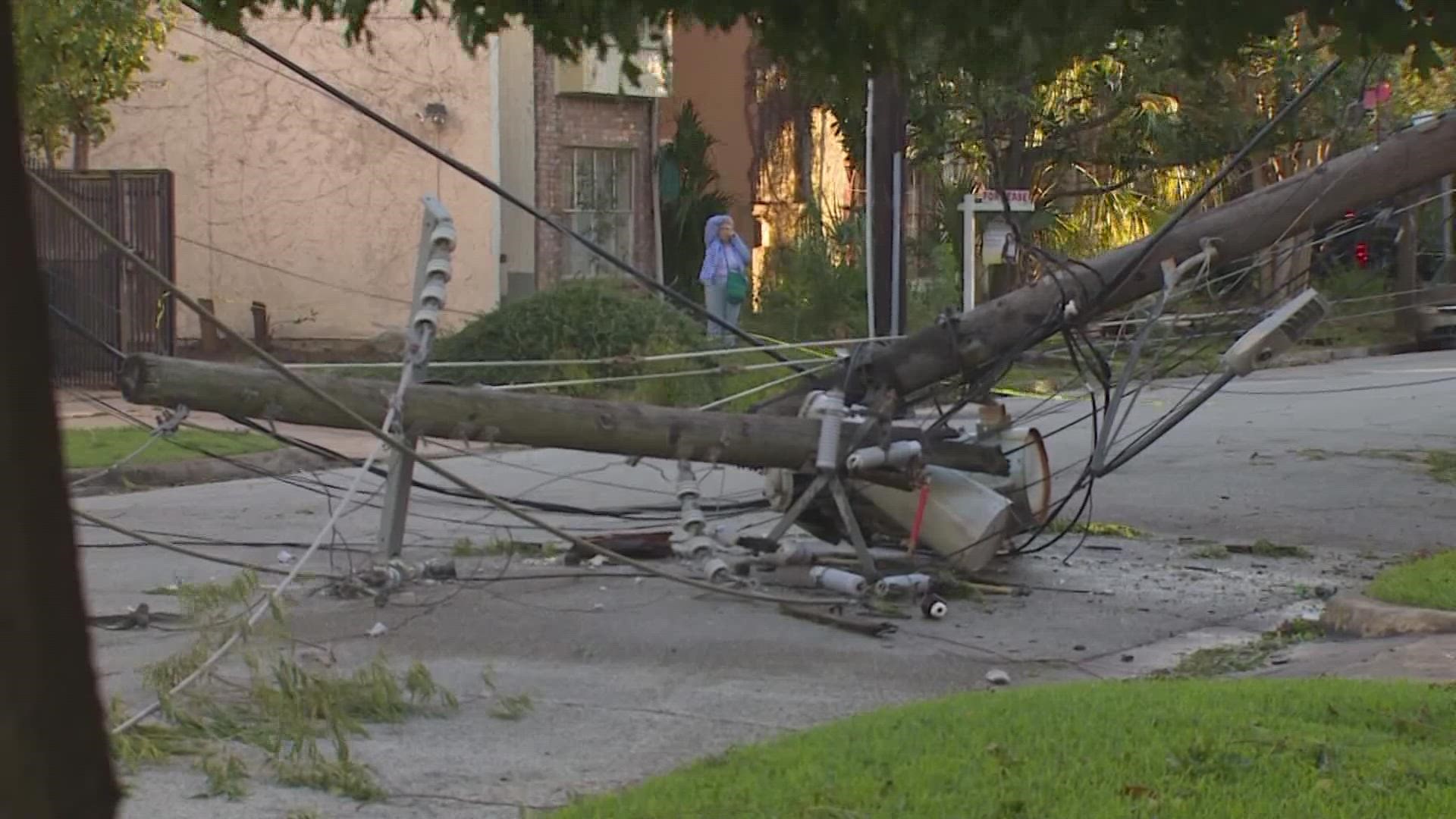 HOUSTON — The wind knocked out power to tens of thousands of CenterPoint customers Thursday afternoon.

At 4 p.m. CenterPoint's outage map showed nearly 130,000 homes and businesses were in the dark. Our studio on Westheimer was one of those customers and we spent part of the afternoon on backup generators.

With stoplights out in some areas, rush hour was slow-going for some drivers.

KHOU 11 Meteorologist  Tim Pandajis said tropical storm force wind gusts of 61 mph were reported at Hobby Airport and a wind advisory was in effect most of the day.

CenterPoint reminded residents stay at least 10 feet away from any downed power lines and report these issues to 713-207-2222.

You can report outages online here.

He tell us the strongest winds will be reported between now and about 5 p.m. Good news is they're expected to subside shortly after sunset although it is expected to be a breezy night.

A wind advisory has been issued in the Houston area until 7 p.m.

How long do these winds persist? After sunset winds should relax, slightly. It will remain breezy overnight. The strongest gusts will be recorded over the next 2 hours. @KHOU #khou11 pic.twitter.com/t8UqGcxQNX

"CenterPoint Energy continuously monitors weather conditions. Safety is our highest priority, and we are committed to the safe and reliable operation of our infrastructure. The company has robust plans in place designed to keep customers, employees and infrastructure safe during severe weather events.

High winds and tree limbs are impacting power lines and causing outages. As of 3:05 p.m., 96.38% of our customers in the Greater Houston area have power and our crews are working as safely and quickly as possible to restore service to those impacted."

#Houston- we’re under a wind advisory with similar conditions expected tomorrow. Downed wires and outages are possible. Stay away from downed lines and contact us at 713-207-2222. Stay up-to-date on estimated restoration times and safety tips: https://t.co/empClNSEEw. #houwx https://t.co/rudjjfy4dO

What to do if traffic signals are out

The high wind is causing outages with traffic signals. If you come across flashing red lights, treat it like a four-way stop.