Moon believes they targeted her daughter after she commented on the country singer's official Instagram page. 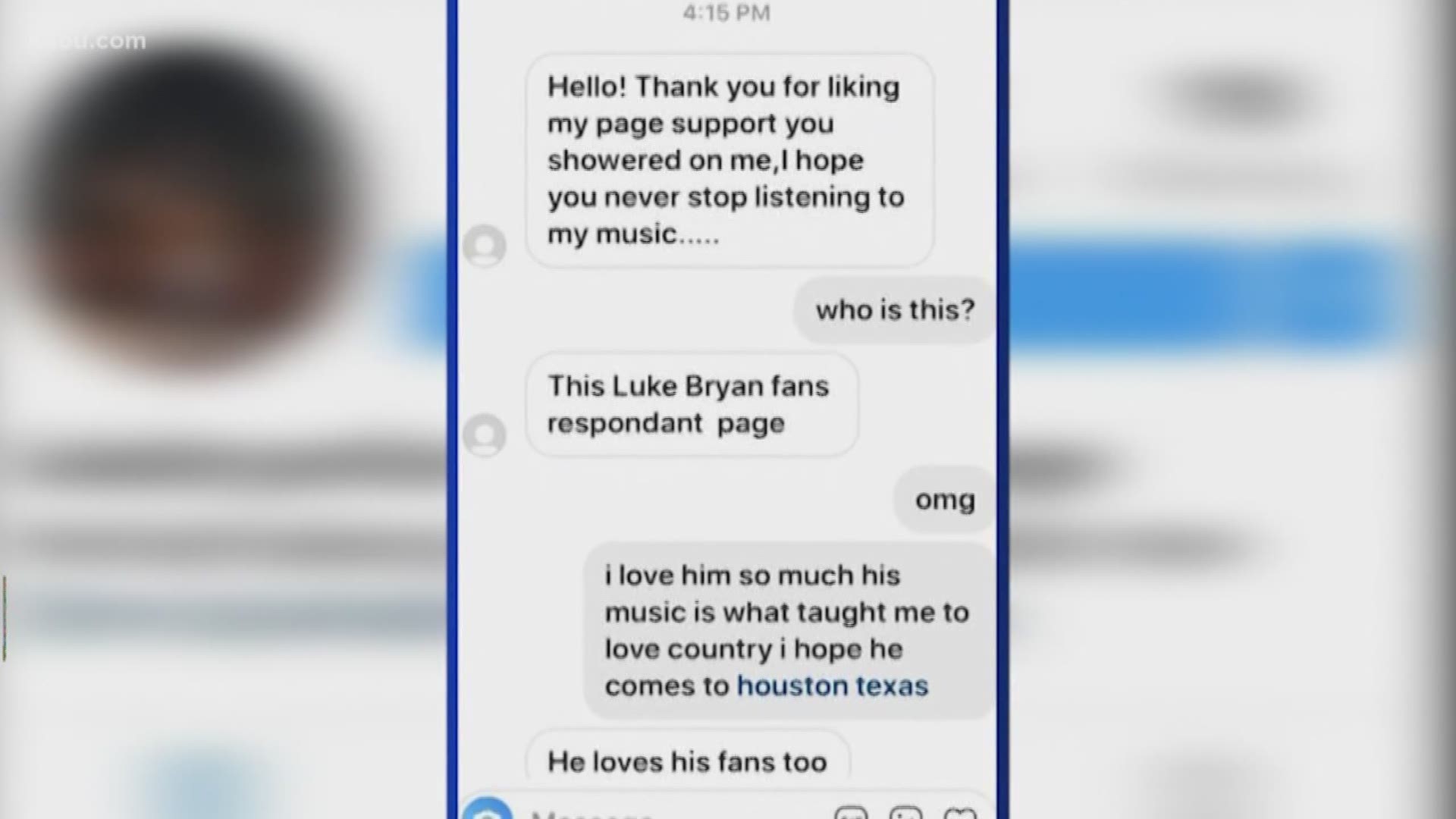 HOUSTON — Kids are being lured over social media with promises of meeting their favorite celebrities.

Nadine Moon, a Fort Bend County mother, said that happened to her teenage daughter over Instagram.

“My initial reaction was I thought, ‘Oh my god. This is a sex trafficker trying to fly her to Mexico.’”

“I see what they’re posting," she said. "I can actually log in into their accounts on my phone and see what’s going on. See what people send to them.”

Her 13-year-old daughter is a huge Luke Bryan fan.

Moon was floored when her daughter asked her if messages from a Luke Bryan fan page were legitimate.

“They offered to fly her to a concert and she was asking where and then they said they had to have her name and address in order to send her the tickets and she got really weary,” Moon said.

Moon’s daughter checked online to see if Luke Bryan was really having a concert in Mexico and that turned out to be true.

Moon believes they targeted her daughter after she commented on the country singer’s official Instagram page.

“My biggest fear is that she would have fallen for it," Moon said. "And, even though we talk to her monthly about it you could see that she was hesitant to cut off the communication.”

Dan Parsons with the Better Business Bureau of Greater Houston and South Texas said the agency does see scammers or in this case a possible predator impersonate celebrities over social media.

“A famous person like that, if they’re going to do it they’ll do it the proper way,” Parsons said. “They’ll go through a number of marketing campaigns. You’ll know it’s the real people.”

The account that tried to lure Moon’s daughter is still up even though it’s been flagged.

Moon urges parents to be vigilant.

“The thing is if they shut it down they’ll just open up another one, so that’s not going to be the answer," she said. "They will find a way to try and reach our kids. Our only way to stop this is to talk to our kids.”

The Federal Trade Commission says celebrity impersonations on social media are common and many times involve scams going after your money.