A rabid raccoon attack in Fort Mill was caught on camera. Neighbors are on high alert now

A rash of raccoon attacks has a Fort Mill neighborhood checking twice before going outside. 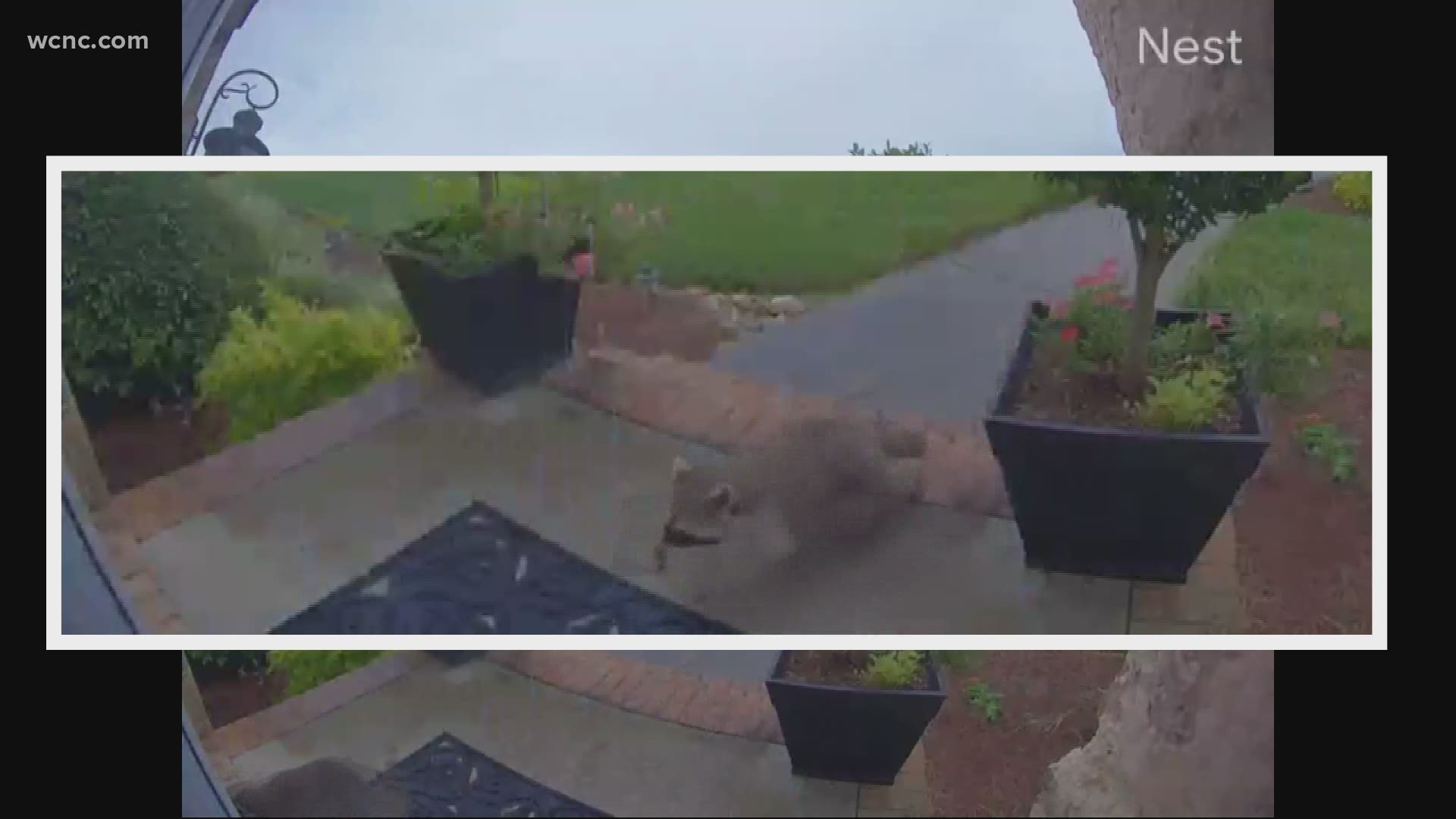 FORT MILL, S.C. — A Fort Mill homeowner is warning his neighbors about a raccoon that attacked his partner.

Jeremy Huskey says the raccoon came into their garage and clawed at his partner's leg.

"A raccoon came running into the garage and he was caught off guard. He tried to shoo it away and it clawed," said Huskey. "It then chased after him to the front door and started banging its head into the glass. We were concerned because we've never seen anything like that happen here and it was in broad daylight."

RELATED: 'These animals are part of my family' | North Carolina Zoo will soon vaccinate some of its animals for COVID-19

The chase was captured on a home video security system. In the video, you can see the animal trying to come through the glass.

Huskey is concerned about a possible second encounter.

"We have a pitchfork by the backdoor, and a rake by this door. It is a little scary when you come outside," he said.

RELATED: How a calendar hopes to help protect the animals in the Smokies

Fort Mill isn't the only community in the WCNC Charlotte viewing area to issue warnings about wild animals. Union County says three fox bite incidents have taken place near Medlin Road and Mullis Road. The town of Huntersville issued its own warning near Mt. Holly-Huntersville road about a fox with rabies. That fox exposed a person, and two dogs, to the disease

Authorities say if you see a wild animal behaving strangely to leave it alone and call 911.

The best way to protect pets is to have them vaccinated against rabies, officials say.