It's National PTSD Awareness Month and Houston restaurants are stepping up in a big way. 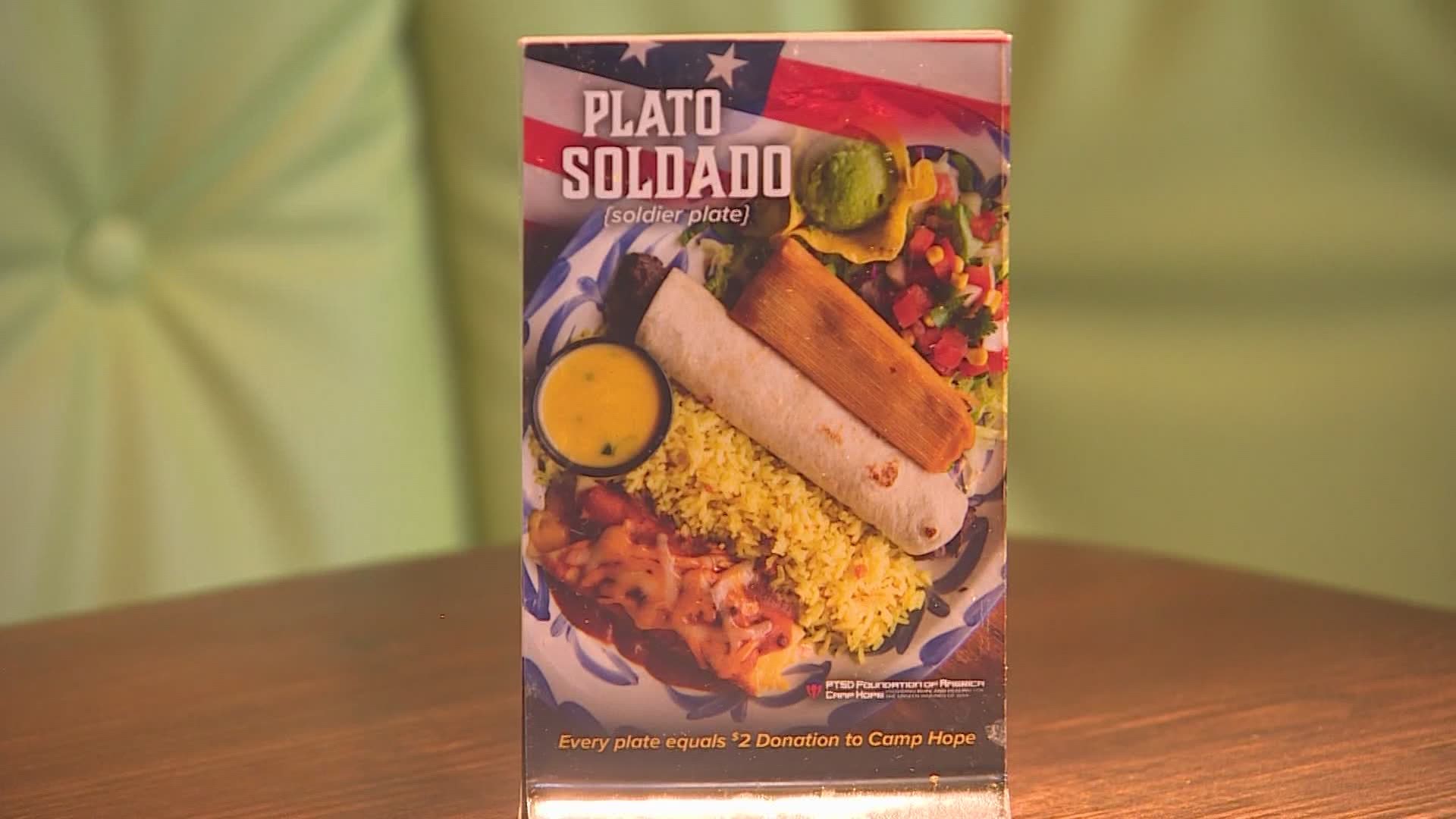 “The team’s excited,” said John Fernandez, Senior Vice President of Operations at Gringo’s Mexican Kitchen. “It’s all about the veterans that have fought to give us our freedom for us to be able to do this.”

On Sunday, 100% of queso sales at all 18 Gringo’s and Jimmy Changas restaurants will be donated and matched. In 2019, the company raised $52,694 through the effort.

For the rest of June, National PTSD Awareness Month, $2 from every Plato Soldado (“soldier” in Spanish), a dish created by the company’s CEO, will also be donated. The money will go to Camp Hope in Houston.

“All of it adds up and helps us save lives,” said David Maulsby, Executive Director of the PTSD Foundation of America, which runs Camp Hope.

Maulsby said the free, six- to eight-month-long program has helped more than 1,600 combat veterans battling PTSD, along with their families, since 2012.

Experts believe PTSD in combat veterans contributes to the 20-plus veteran suicides a day.

Maulsby said all staff members have gone through the program and are now helping the next veteran.

“We just went through Father’s Day a couple of weeks ago, and to see a lot of our guys posting on their social media pictures with their kid, sometimes they hadn’t seen their kids in two or three years due to their PTSD and some of the things that they were doing,” Maulsby said.

During the years of collaboration between Camp Hope and Gringo’s, whose CEO serves on the board of the PTSD Foundation of America, John Fernandez has seen the impact, too.

“Different donations that I’ve done personally where veterans have personally written notes back to me thanking me, through those ways we do hear back from the many veterans that have gone through Camp Hope,” Fernandez said.

Besides donating money or time, Maulsby recommends sharing posts on social media, a free tool that he said leads a lot of veterans to Camp Hope.

Maulsby says veterans needing help should reach out to another veteran or call his organization’s Combat Trauma Help Line, which is staffed by combat veterans, at 877-717-PTSD (7873).