Hours before Harvey made landfall, it is true; people were seen walking around as the storm kept getting closer. But when Harvey finally hit, the sheriff says he and his deputies saw up close and personal the crisis unfolding. 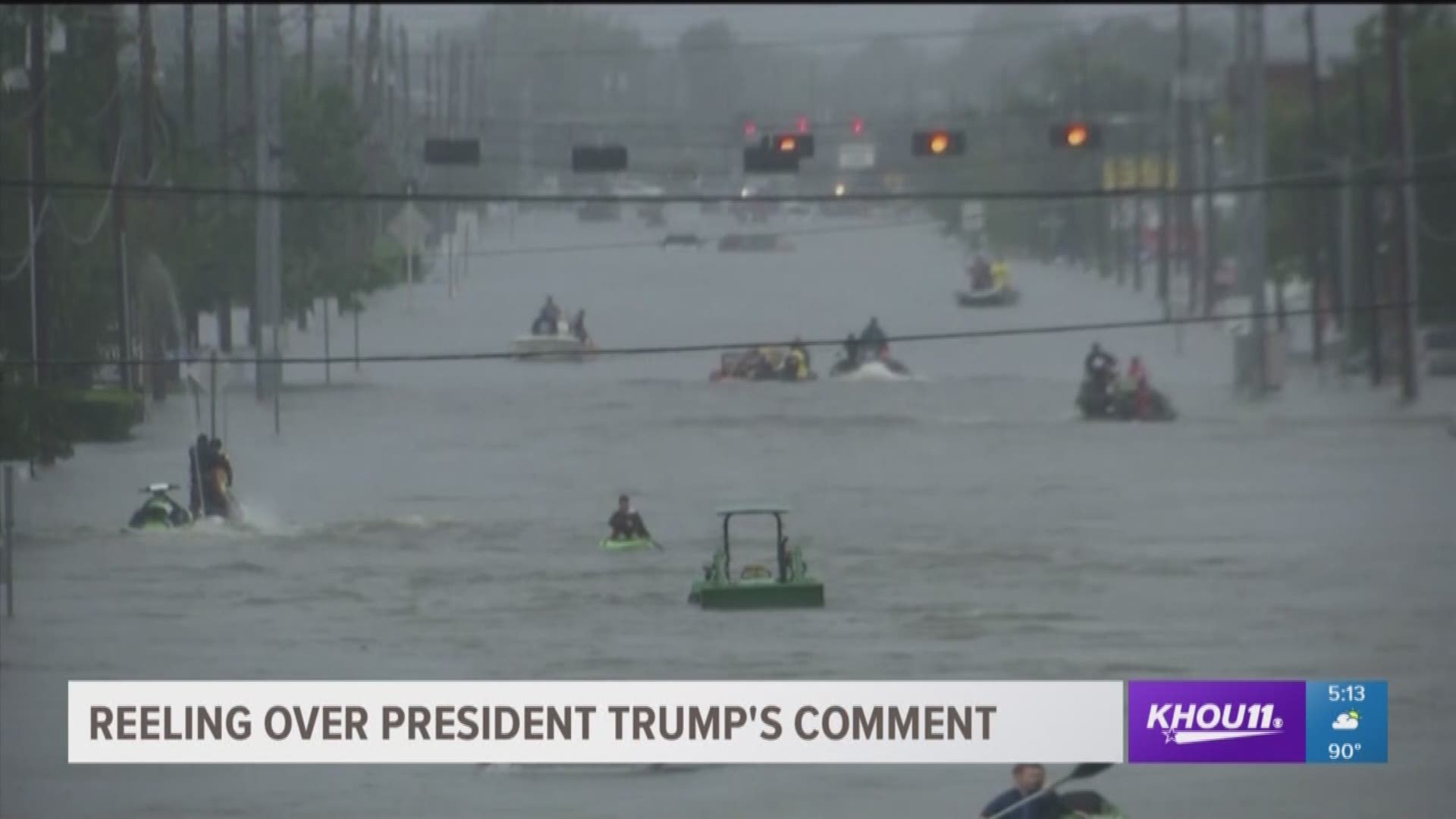 Twenty-four hours after President Donald Trump's appearance at FEMA, and his comments about rescues continue to upset and frustrate the people who were in boats saving lives.

"I was shocked," said John Billot, with America's Cajun Navy.

America's Cajun Navy was one of many groups of volunteers who launched boats for days. Together with Louisiana's Cajun Navy, civilians pulled thousands out of flooded homes.

"I never saw anyone out there with a mai tai watching the hurricane come in," said Clyde Cain with Louisiana Cajun Navy. "That's ludicrous."

"Not one time did we ever, ever look up at the sky and say wow, that's a nice hurricane," Billot said.

Volunteers say they went with little sleep for days. Too many people needed help.

"I don't know what information he had or where he drew his comments from to make that assessment," Gonzalez said. "It's not reflective of what I saw out on the front lines."

Hours before Harvey made landfall, it is true; people were seen walking around as the storm kept getting closer. But when Harvey finally hit, the sheriff says he and his deputies saw up close and personal the crisis unfolding. No one was gawking at a storm -- only trying to help each other overcome it.

"I'd be happy to invite the President to ride out the next hurricane, so he can see firsthand the impacts of these natural disasters," Gonzalez said.

"With all do respect @POTUS those 'storm watchers' were actually citizens helping bring their fellow neighbors to safety. Most of them would do the exact same thing again...because that is what we do and what makes us #houstonstrong"

"Our office was not on this call, so I can't speak to the context. But based on what Sen. Cruz saw on the ground during the devastation of Hurricane Harvey, the Coast Guard, TXDPS, local law enforcement, ordinary citizens, and many other private individuals’ search and rescue efforts were pivotal—those people are true heroes and saved countless lives. Sen. Cruz is immensely proud of their work and grateful for their service in keeping storm victims safe.”

Cajun Navy plans to make shirts with the President's comments as a fundraiser for the organization to stock up on supplies and resources ahead of the next natural disaster.