"When we have a need, we just put it all out on video and it gets done," said Clyde Cain with the Louisiana Cajnu Navy. "People want to give and want to help, they just lost faith in where to give. So we just show them, through transparency and we get the job done." 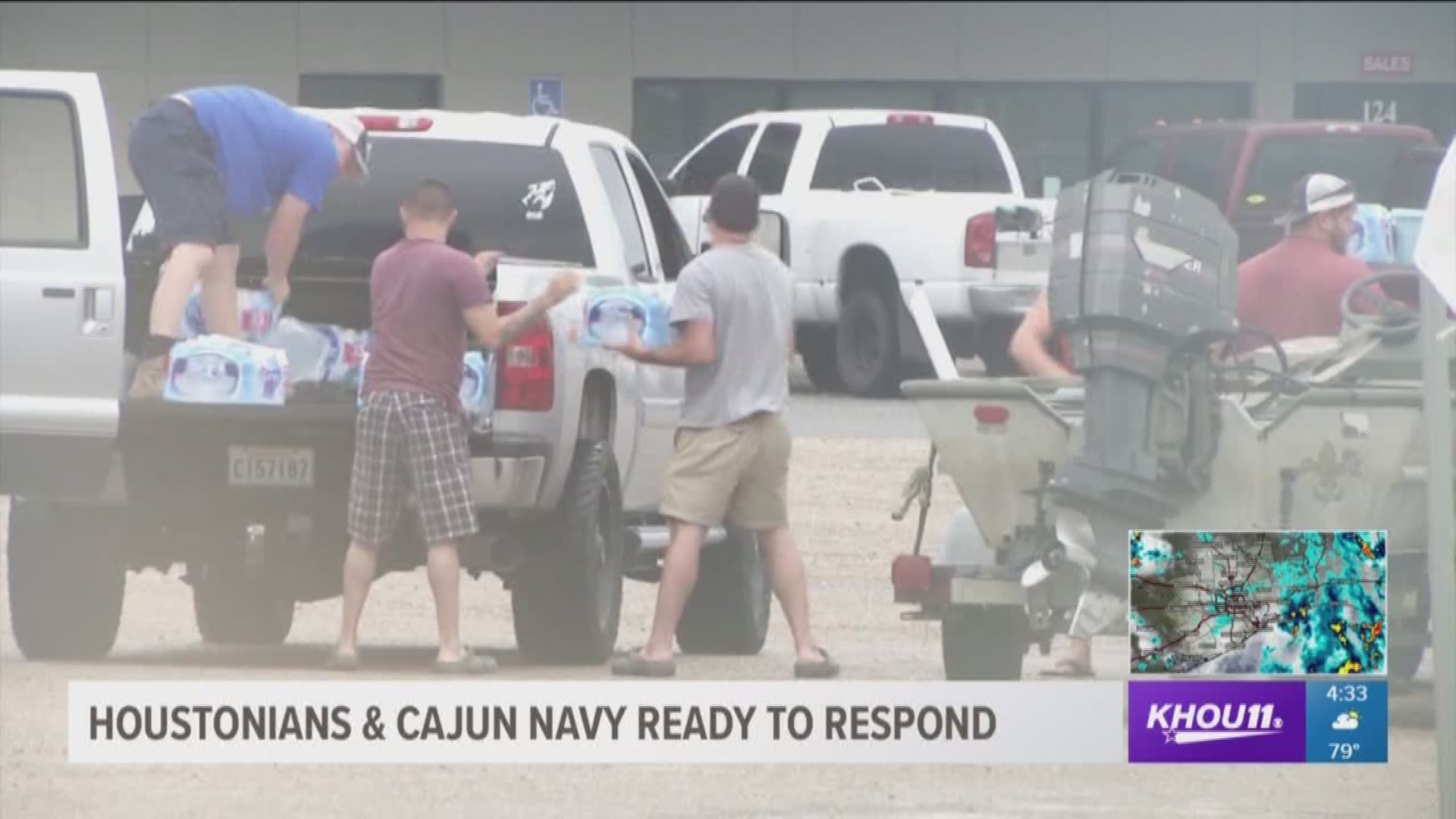 HOUSTON — The people of Louisiana and the Cajun Navy sure did step up to help Houston in 2017 during Hurricane Harvey. And now, with Tropical Storm Gordon swirling in the gulf, Houstonians are keeping an eye on the radar in case Louisiana needs help recovering after the rainfall.

"The reality of another year of storms coming in is starting to sink in," said Clyde Cain with the Louisiana Cajun Navy. "It will be easier, because now we have formed more relationships. I’ve actually teamed up with FEMA. "We have people volunteering from the Houston-area and Texas."

Several communication channels titled with a variation of the 'Cajun Navy' are now listed on Zello- a cellphone app that allows users to communicate like they would via walkie talkie.

You can already listen in on people coordinating boats, supplies and caravans east... from Houston to Louisiana's coast.

"And when we have a need, we just put it all out on video and it gets done," said Cain.