Air 11 video shows the spot where Houston Corvette Service once stood. In business for 25 years restoring old Corvettes, its two buildings were reduced to rubble. 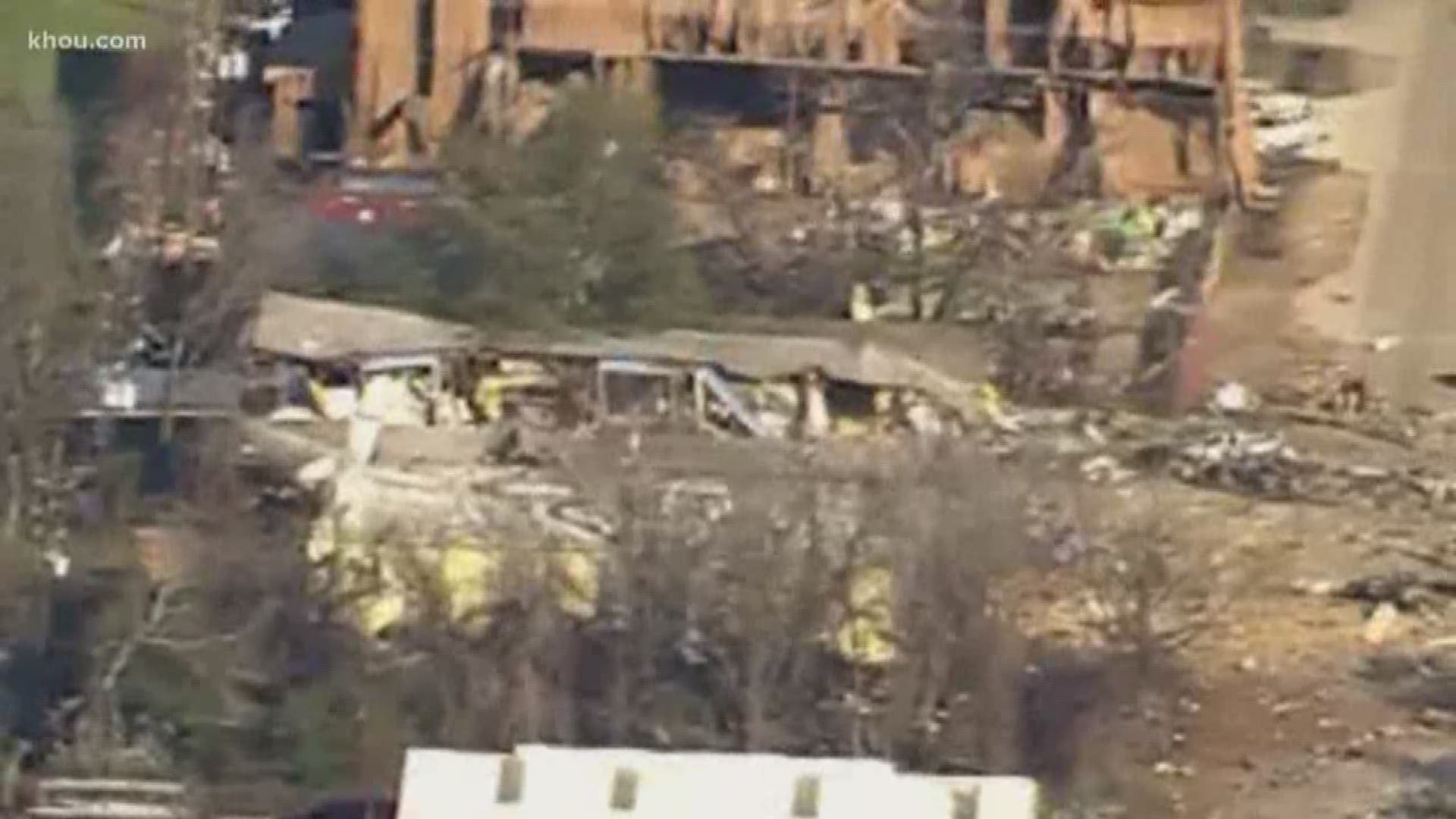 HOUSTON — The fatal explosion Friday morning at Watson Grinding and Manufacturing in northwest Houston left extensive damage to not only the nearby homes, but to businesses.

Video from Air 11 shows the spot where Houston Corvette Service once stood. In business for 25 years restoring old Corvettes, its two buildings were reduced to rubble.

The owner, Gordon Andrus, was not being allowed to check on the damage, so he and his workers gathered in the parking of a nearby gas station.

"I have two buildings and they pretty much collapsed on the cars inside,” Andrus said.“Inside there’s about a million dollars worth of cars. We restore old Corvettes, so they’re pretty smashed up.”

“We’re upset, but we’ll be up and running Monday, in another building,” Andrus said. “We have a body shop and paint shop. We’ll move down there."

Meanwhile, at a business strip center nearby on Clay Street, Mario Chavez and his business partner run TSM Auto Repair.

"I heard the explosion, but I thought it was like a car explosion or something, until I saw the news, and I saw it was right here on the corner,” Chavez said. “Wow! I've got to go check this out."

Their surveillance cameras were recording this morning when the blast took place. It is dramatic video of roofing material, glass and insulation being blown throughout their shop.

The business owners say it was fortunate the explosion did not take place when their shops would have been full of people.