Christian Boynton's sister says he was cornered in a school bathroom and beaten unconscious. 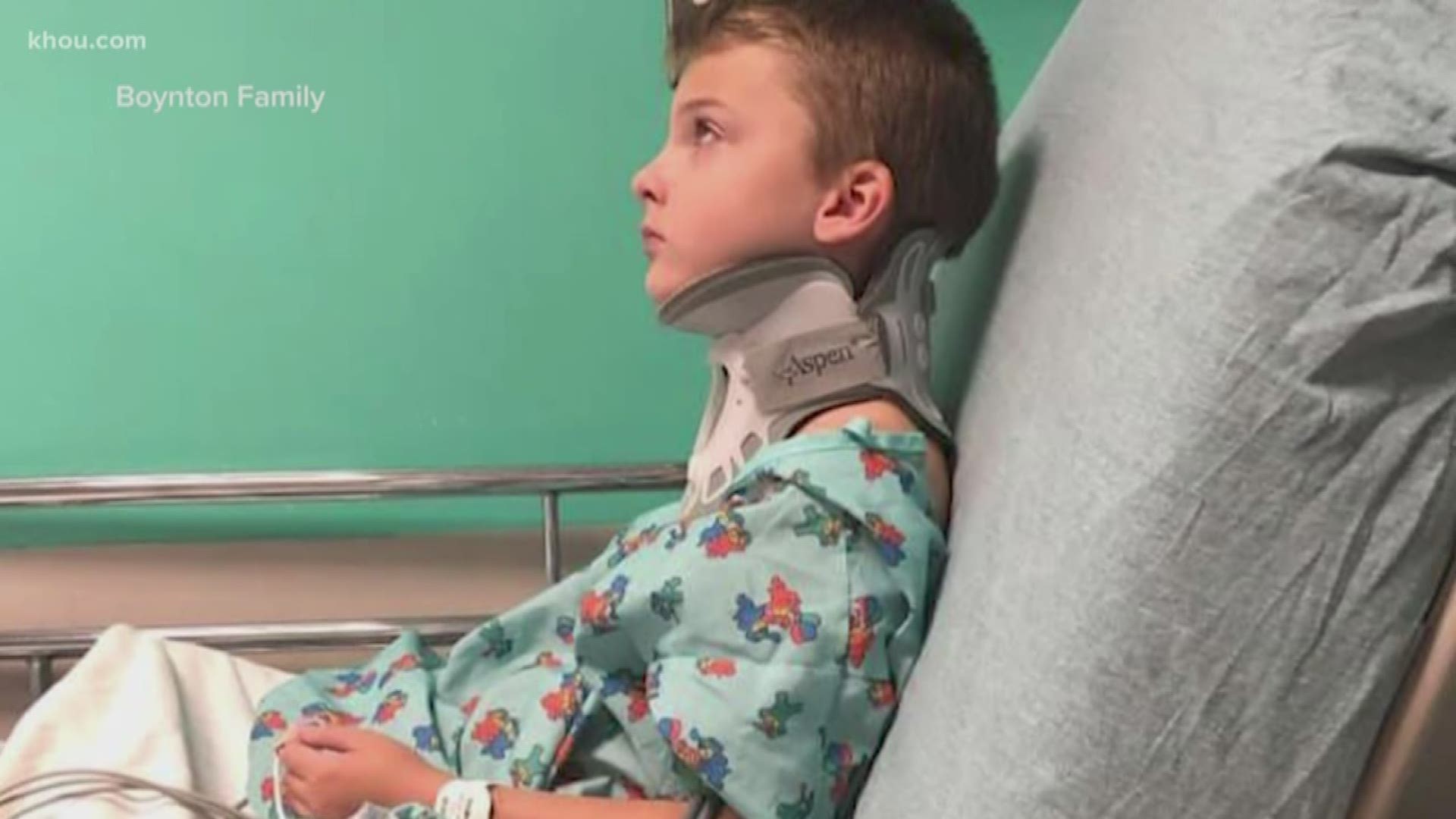 TOMBALL, Texas — A  third-grader in Tomball ISD was rushed to the hospital by ambulance Tuesday after his family says he was beaten unconscious by bullies at his elementary school.

Christian Boynton, 8, was attacked when he arrived at Lakewood Elementary School, according to Kailee Boynton, his sister.

She tells KHOU 11 News three kids cornered Christian in the bathroom, then beat and kicked him until he was unconscious.

"They pinned my brother down. They were beating him. They beat him to the point of unconsciousness, where they continued to beat him," Kailee said. "They went through his backpack."

She says the attack was unprovoked.

"He told me 'maybe they’re just having a rough day,'" Kailee said. "He is so nice and kind that he can’t even fathom the fact that someone would want to hurt him or be cruel to him."

Neurologists monitored Christian for several hours before he was released from TCH. He is expected to be okay.

"He still has a big bonk on his head and many bruises," Kailee posted on Facebook.

The family says this isn’t the first time Christian has been bullied.

The family has no ill feelings towards Tomball ISD and are working with the school district to hold the children involved accountable for their actions.

The Boyntons hope the district will put a plan in place that ensures bullying will be handled proactively in the future.

"Tomball ISD is aware of an incident in the bathroom between several students at one of our elementary schools that resulted in one student being sent to the hospital with an injury. That student has since been released home. Out of respect for the family and the student’s privacy, we are not providing any more details on the incident at this time. We are thoroughly investigating the incident and will take appropriate disciplinary measures for all those involved. As always, student safety is our first priority in Tomball ISD.”