Have you seen Bevo? Dog ejected from car was taken after wreck on I-10

Police told owner Aaron Shuptrine that their helicopter saw someone in a silver car pick up Bevo and head south on 610. 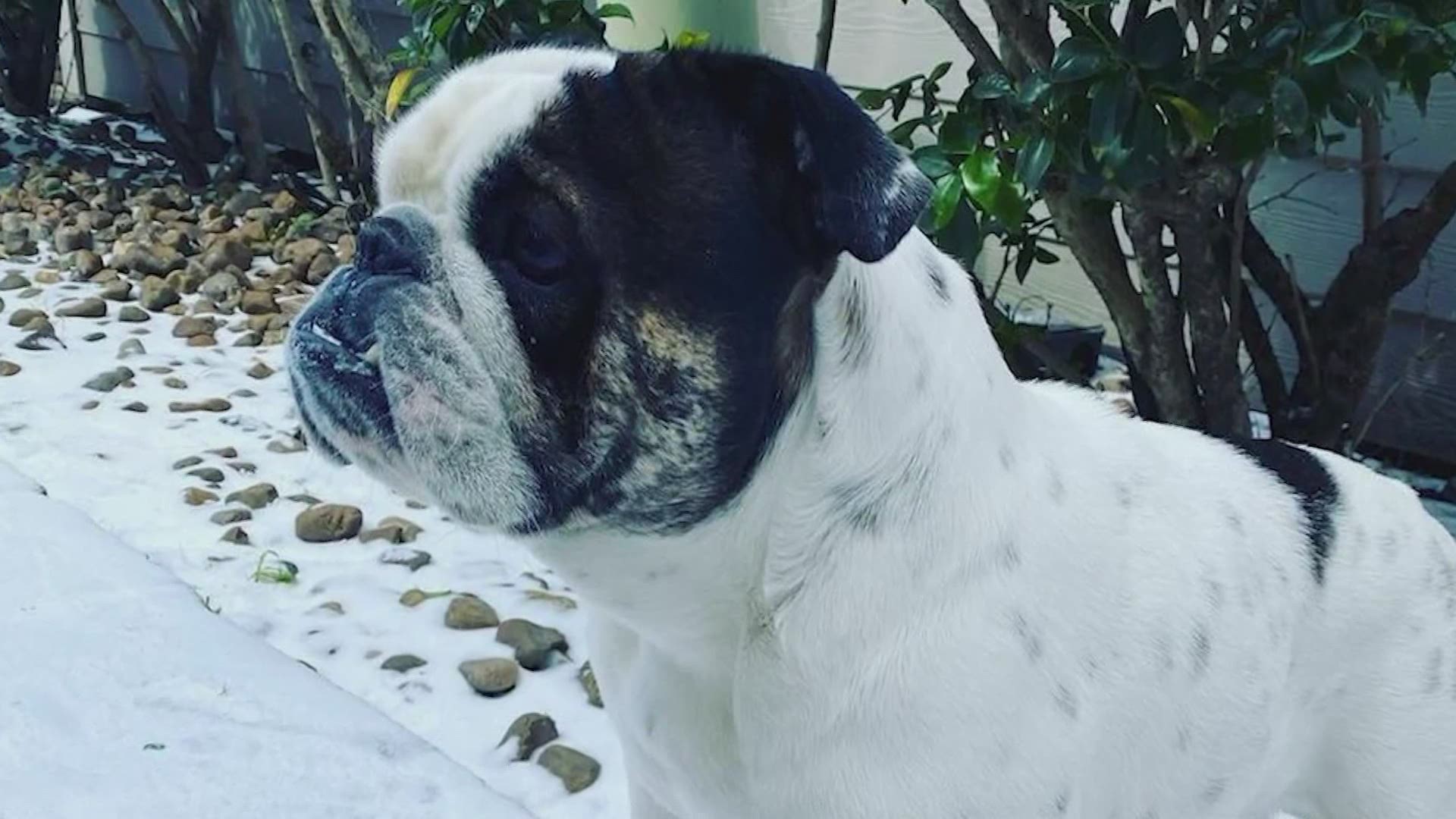 HOUSTON — A Houston man is desperate to find his bulldog that was taken after a crash on I-10 East near North Loop East Sunday morning.

Aaron Shuptrine said Bevo was ejected from the back window of his car and then he took off running.

Shuptrine was eastbound on the East Freeway and crashed into a fence not far from the Budweiser plant in East Houston.

Police told him that their helicopter saw someone in a silver car pick up Bevo and head south on the North Loop East.

Shuptrine isn’t sure if they were stealing the dog or just trying to help.

“I’m hoping they picked him up because they are trying to help. But he didn’t have his tags on, and he’s not chipped so my only hope is to spread the word any way possible,” Shuptrine said. “I know he’s scared.”

Credit: Aaron Shupstrine
A bulldog was ejected from this crash that crashed on I-10 East near North Loop East. Someone in a silver car picked up the dog and drove away.

Luckily, Shuptrine wasn’t hurt but he doesn't know if Bevo was badly injured.

His car was totaled but he's more worried about getting Bevo back and is hoping a reward will help.

If you know anything about the dog’s location, please email web@khou.com and we will pass along the information.

"I know he's terrified," said Shuptrine. "All that loud noise, the car jostling around, and then to be picked up in a strange car, I fear for him."