Firefighters are searching the debris to make sure no one was hurt. 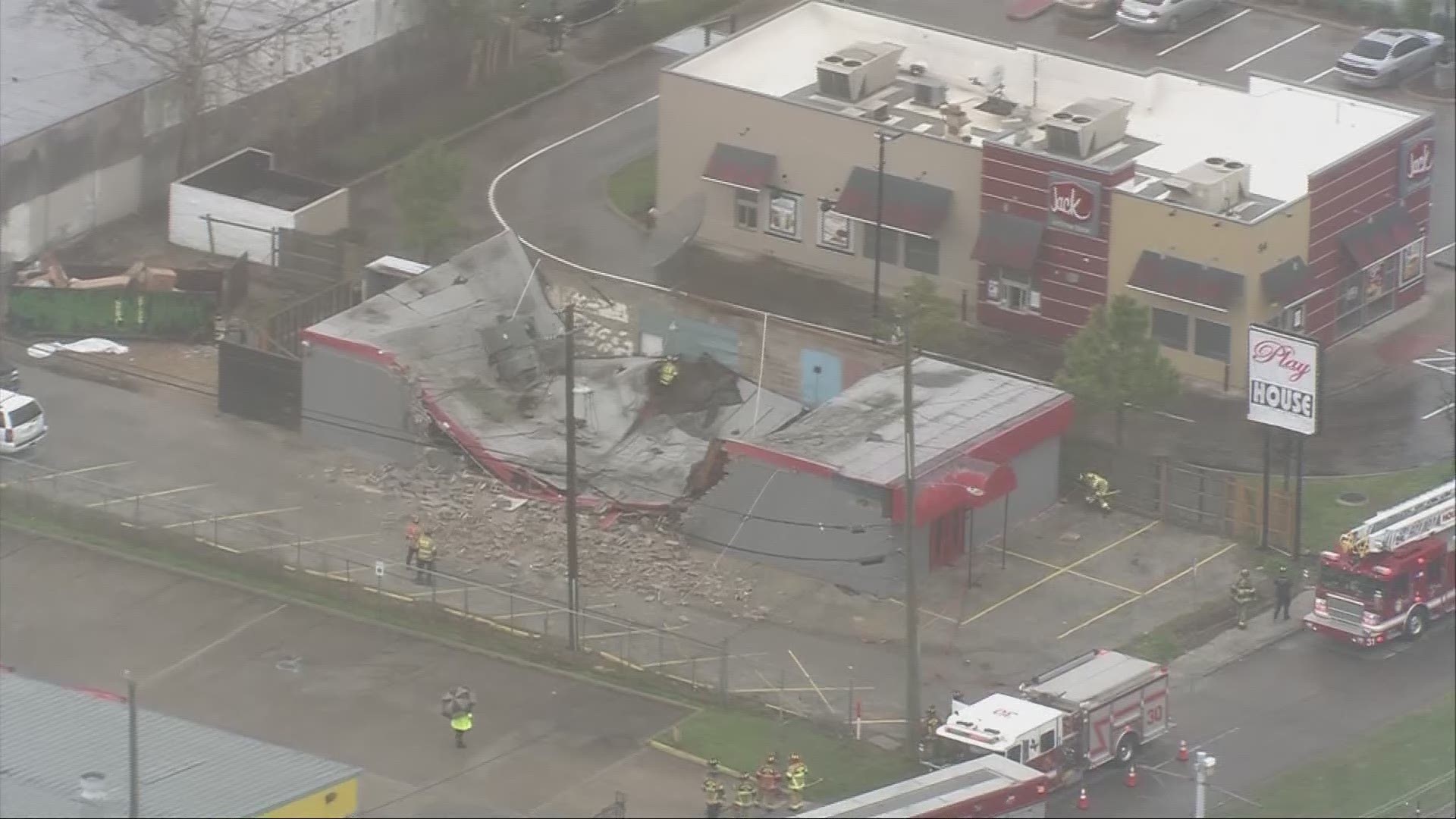 Rescue crews are on the scene of a building collapse in north Houston.

Views from Air 11 show almost the entire building has collapsed.

At least one person inside was injured, according to the Houston Fire Department.

It happened at a business called Play House near Crosstimbers and Fulton.

HFD says it was a strib club that closed a couple of months ago.