CPS has taken custody of his 12-year-old nephew. This family is just beginning to mourn and says their nephew deserves to grieve with them. 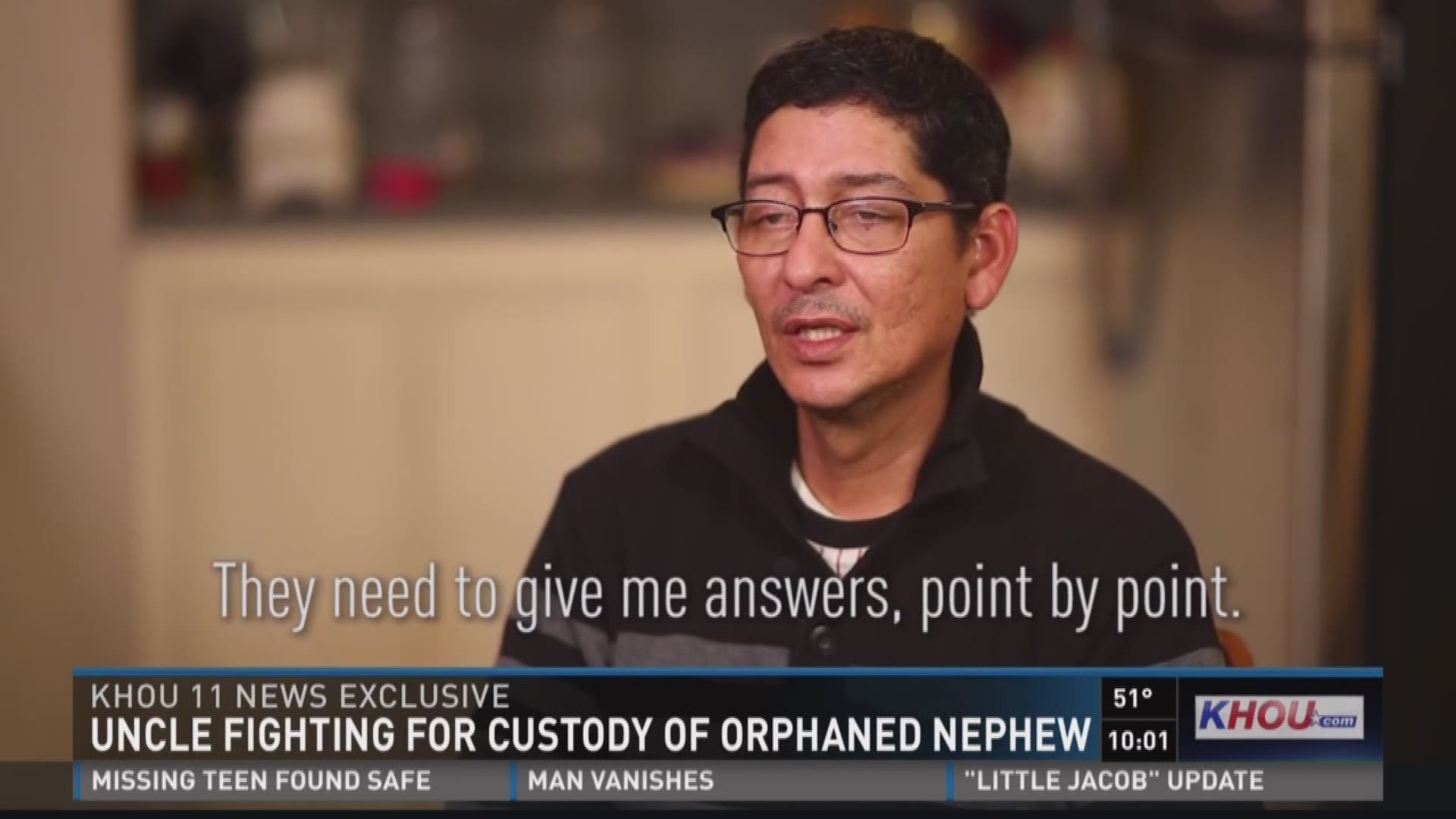 CONROE, Texas - Days after an FBI raid ended with the death of Ulises Valladares, the kidnapping victim they were trying to save, his family still knows nothing about why.

"They need to give me an explanation, point by point, how it happened and why," said Ernesto Valladares, Ulises' brother.

Ernesto lived with his brother and 12-year-old nephew. He wasn't home when two men barged in claimed he owed them money. They ransacked the home, kidnapped Ulises and left his nephew tied up in the kitchen. His nephew managed to get free and call for help.

Later on the during the FBI raid intended to get Ulises home unharmed, he was shot, his hands still bound by duct tape.

"I feel heartbroken, because my brother is gone. He's dead, and now, I'm all he has," Ernesto said.

But now this family's pain made worse. CPS has taken custody of his 12-year-old nephew.

"It's shocking that a government agency can come in and orphan a child and then take the child away from the only stability he knows," said Doug York, the family's attorney.

The family's hired York to help get their nephew back home.

"We have asked that my client have custody immediately of this child," York said. "I can only imagine what this 12-year-old is going through. He's in a strange place and told his father is deceased."

This family is just beginning to mourn and says their nephew deserves to grieve with them.

York says it's clear something went wrong on that raid, and that 12-year-old boy one day deserves to know why this happened to his father.

"How on earth do you barge into a home and you shoot a person that's reportedly duct taped, that's the victim?" York said. "So we have a lot of questions."

A judge will hold a custody hearing Feb. 6, but York plans to file an emergency motion for a hearing as early as this Friday if CPS refuses to allow the aunt to visit the child in the coming days.