JD Hebert said doctors told him the bullet came within an inch of the arteries in the back of his knee. Had it hit one of those arteries, Hebert could have bled out. 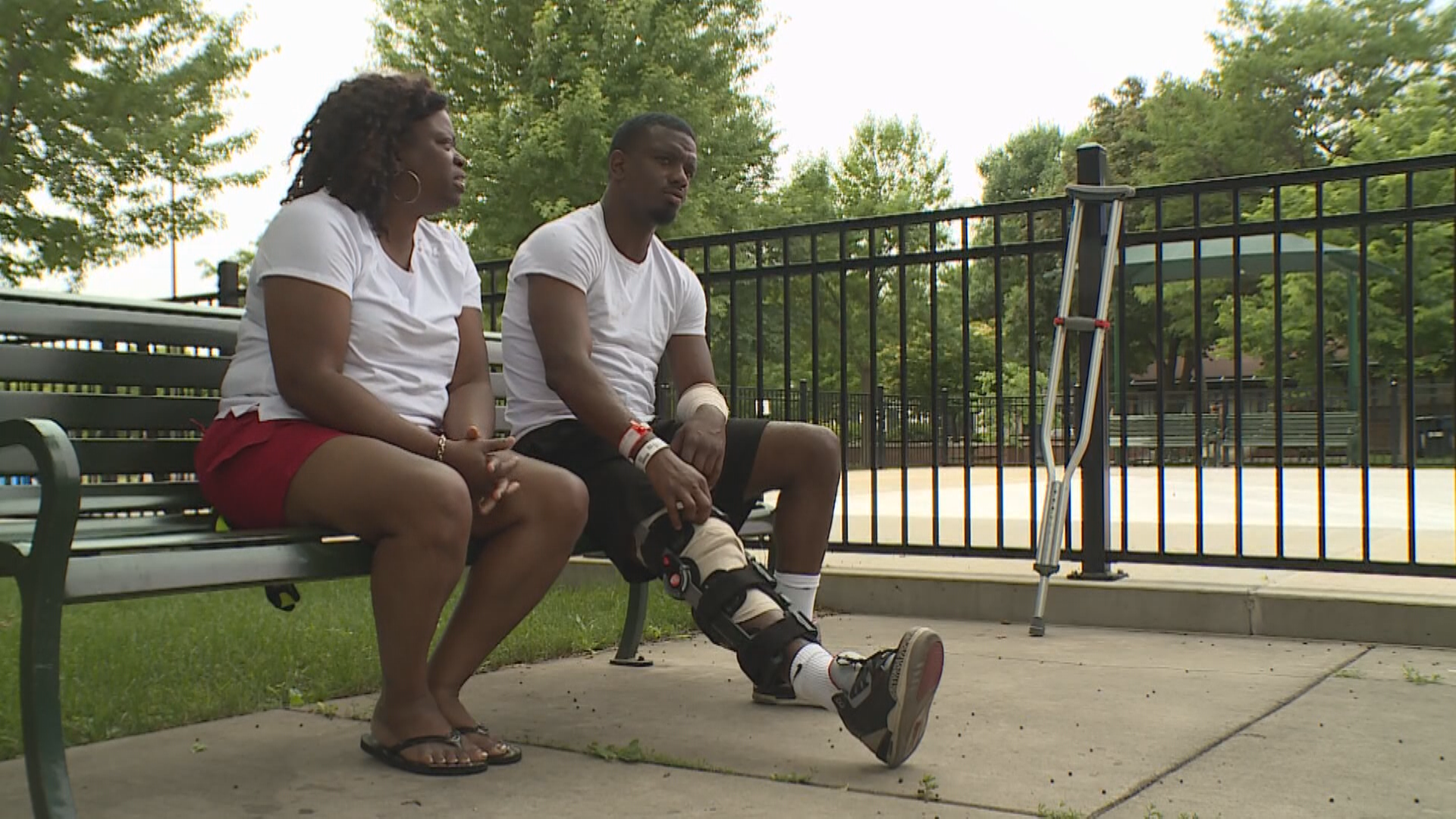 MINNEAPOLIS — Eleven people were shot and injured in Uptown Minneapolis on Father's Day.

JD Hebert is one of the survivors.

“It was a scary moment. The glass shattered behind me and I hit the ground," he said. "The doctor came in the room this morning before I got discharged. He said it was an inch from the back of my knee where there are arteries. If it would've severed one of those arteries, I could've bled out due to how many people they were trying to take care of or I would've lost my leg."

The 30-year-old father is shattered but not broken. He remembers Father's Day because of what didn't happen. He missed Father's Day with his 2-year-old daughter because he was recovering at Hennepin County Medical Center after a bullet pierced his knee, missing his major arteries. No bones were broken and no ligaments in his right knee are torn.

"Having to sit on Sunday by myself, not spend that day with my daughter, all of those things are settling in for me," Hebert said.

His mother Ellen Stewart got the call around 1 a.m.

"You have that one point of survival guilt. I am so sad another mother lost her son. And then you start to wonder what God has in store for him," she said. "You do everything right. I raised him right, he is a college graduate he is not in the streets gang banging. Anybody can be impacted by violence. You can do all things right and tragedy can still come to your door."

Hebert said what happened over the weekend has changed his mindset.

RELATED: Arradondo on gun violence: This cannot become our normal as a city

"I can't go outside and think it can’t be me," he said. "I thought I was immune. My girlfriend was with me. It could have just as easily been her shot."

Hebert, an Osseo High School graduate, had an emergency surgery but COVID-19 restrictions kept friends and family away. His girlfriend, Josie, was able to ride in the ambulance with him to the hospital. To help with his medical expenses, his friends set up a GoFund me here.

The University of Minnesota Duluth alum also said initially, he didn't realize someone was firing shots because "fireworks" were going off in the area.

As of Monday, no arrest had been made. Police didn't say anything about a motive. Police say the suspects started shooting in the mid-2900 block of Hennepin Avenue South and "proceeded north."

Editor's note: The original version of this story stated that one man was killed in this shooting, in addition to 11 people being injured. Minneapolis police have since discovered that man was shot in a separate incident downtown, and misidentified as an Uptown shooting victim due to the "chaotic scene" at Hennepin County Medical Center.