Brain-eating amoeba detected Lake Jackson water; 'do not use' advisory remains in effect

Several communities had originally been listed in the 'do not use' advisory, but now only Lake Jackson is affected. 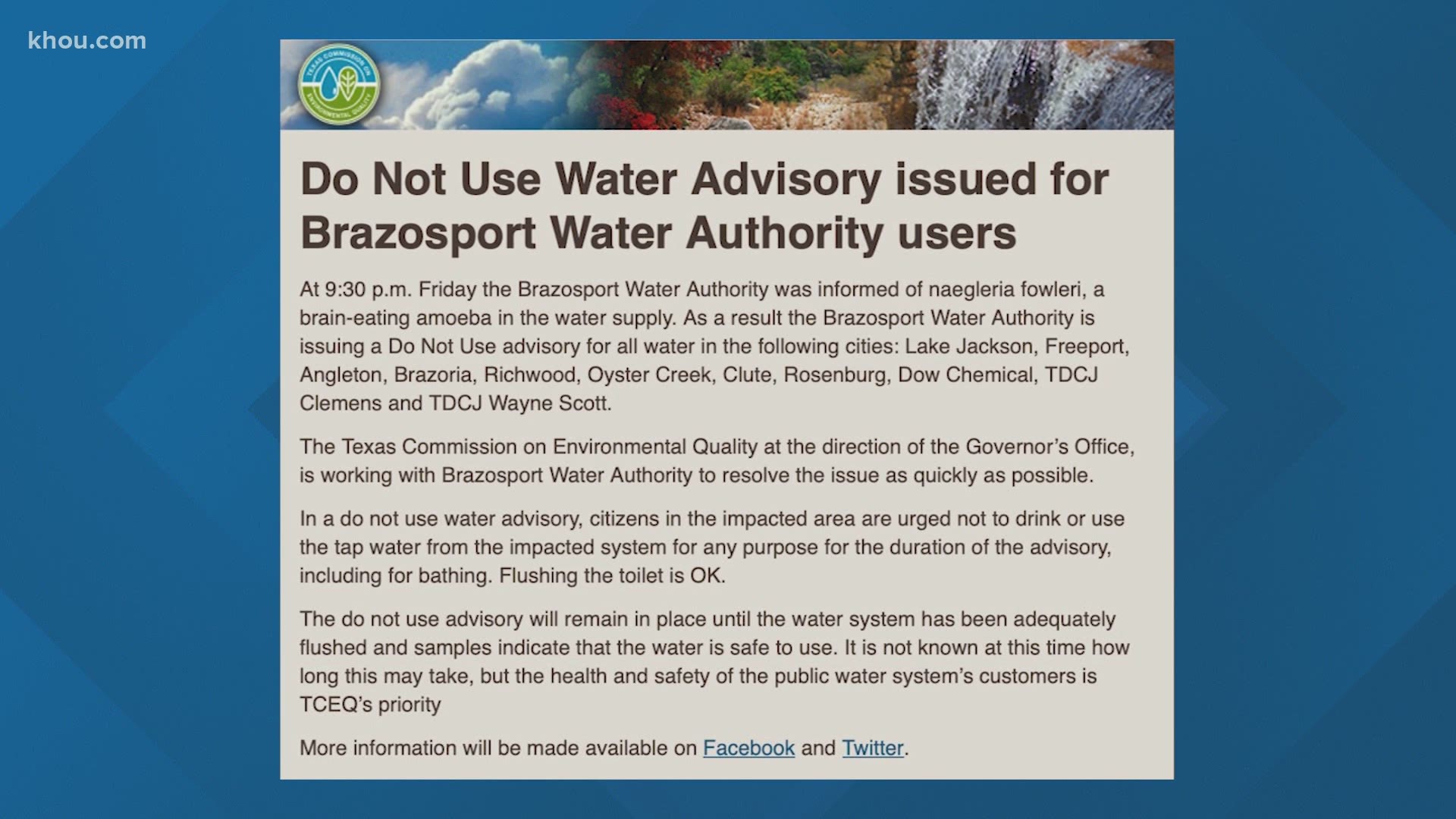 HOUSTON — A 'do not use' water advisory that was in effect for several communities Friday night into Saturday morning has been lifted for everyone except those in Lake Jackson. The order was originally issued after naegleria fowleri -- also known as a brain-eating amoeba -- was detected in the water.

The Texas Commission on Environmental Quality has determined there is no safety issue for the Brazosport Water Authority’s distribution system, so the following areas are no longer under an advisory: Freeport, Angleton, Brazoria, Richwood, Oyster Creek, Clute, Rosenberg, Dow Chemical, TDCJ Clemens and TDCJ Wayne Scott.

But those in Lake Jackson are urged not to use the water there.

The following areas are NO LONGER under a Do Not Use Water Advisory:
Freeport, Angleton, Brazoria, Richwood, Oyster Creek, Clute, Rosenberg, Dow Chemical, TDCJ Clemens and TDCJ Wayne Scott.

TCEQ and BWA said they are working closely with Lake Jackson officials to target and resolve the incident.

The amoeba is naturally found in lakes and rivers. Illness from it is extremely rare and is usually associated with water entering the body through the nose.