When doctors finally pulled the wire from Zach’s throat, they knew for sure. It was a tiny bristle from a brush his mom had used to clean the grill. 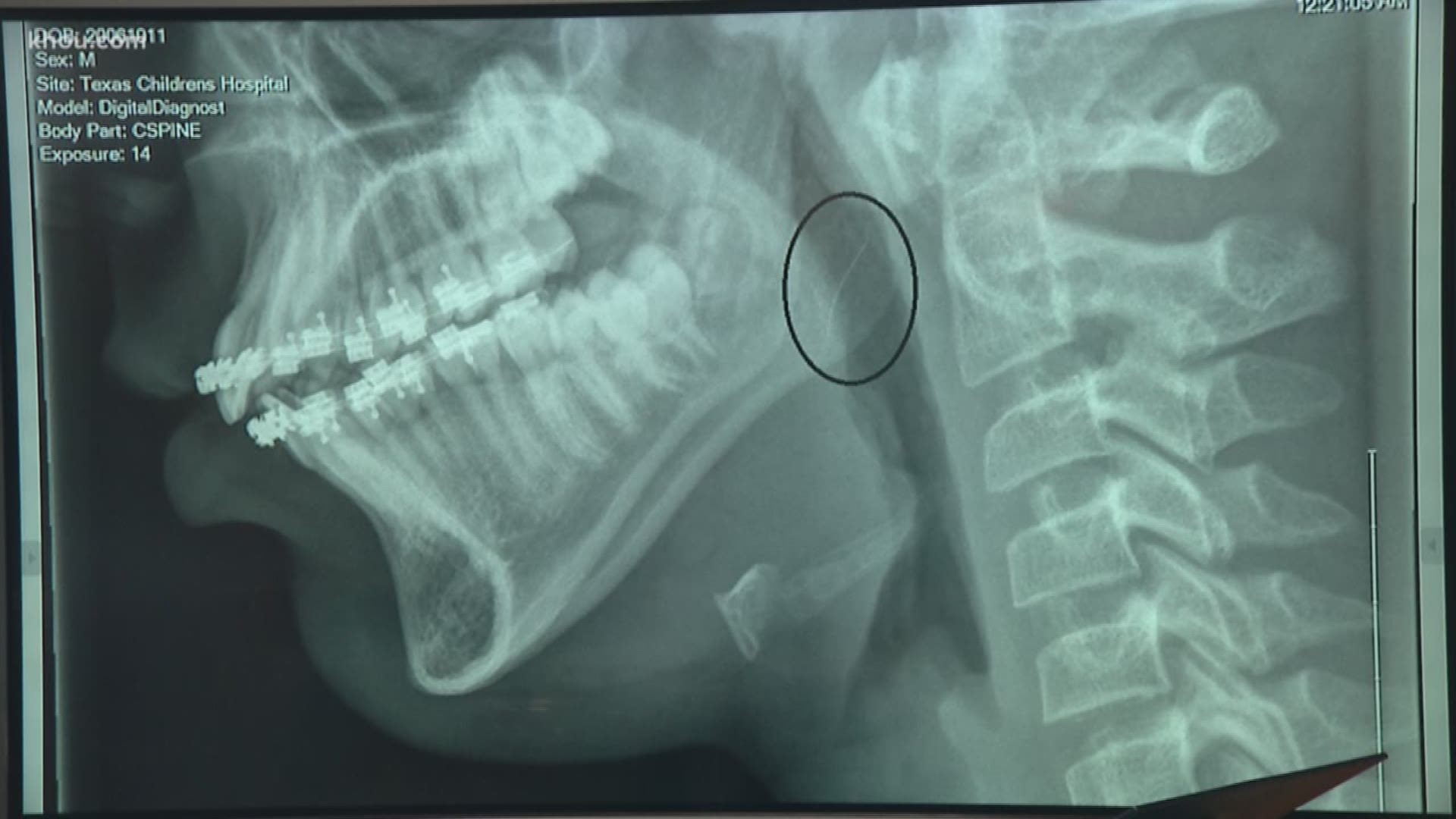 HOUSTON — A mid-week BBQ turned into a trip to the ER for one Houston 12 year old. His mom had just grilled up some chicken, when a small piece of metal got lodged in his throat.

Barbecuing outside isn’t something Allyson Kopel normally does.

“And I just cleaned it, literally just did 2 or 3 swipes," Kopel said. “See look, there’s a bristle right there.”

But Wednesday night, she gave it a go, grilling up some chicken for her son Zach and his friend. But it’s a meal Zach won’t soon forget.

“Whenever I swallowed, it really hurt," Zach said. “I didn’t know what it was, I thought maybe it was a chicken bone. But it got in my throat, and it just stuck there.”

Still there hours later, doctors took an x-ray of Zach’s throat to find out what was stuck inside - a tiny fiber made of steel.

“It was just a freakish sort of thing, I thought, I wonder if a bristle fell off?" Kopel said.

When doctors finally pulled the wire from Zach’s throat they knew for sure. It was a tiny bristle from a brush she'd used to clean the grill.

“Thin as dental floss, sharp as a tack on both ends, tiny," Kopel said.

The nearly invisible wire was stuck to Zach’s food and then got stuck in his throat.

Today, the brushes are gone, but the bristles can still be found.

“Crazy that something that small could send you to the er for so long," Kopel said.

Thinking this was a freak accident, a simple internet search told the family that it happens more than you’d think.

“Maybe not to use the bristle or the grill brush, but if they do, just make sure there’s none stuck to it," Kopel said.

But if you do, they're small. So pay attention.

“Look here’s another one. They’re everywhere, how could I not have seen them?" Kopel said.