Police: 14-year-old had his backpack taken before he was shot, run over and killed outside apartment

Police said the teen got into an altercation with two other people. They took his backpack before opening fire and fleeing the scene. 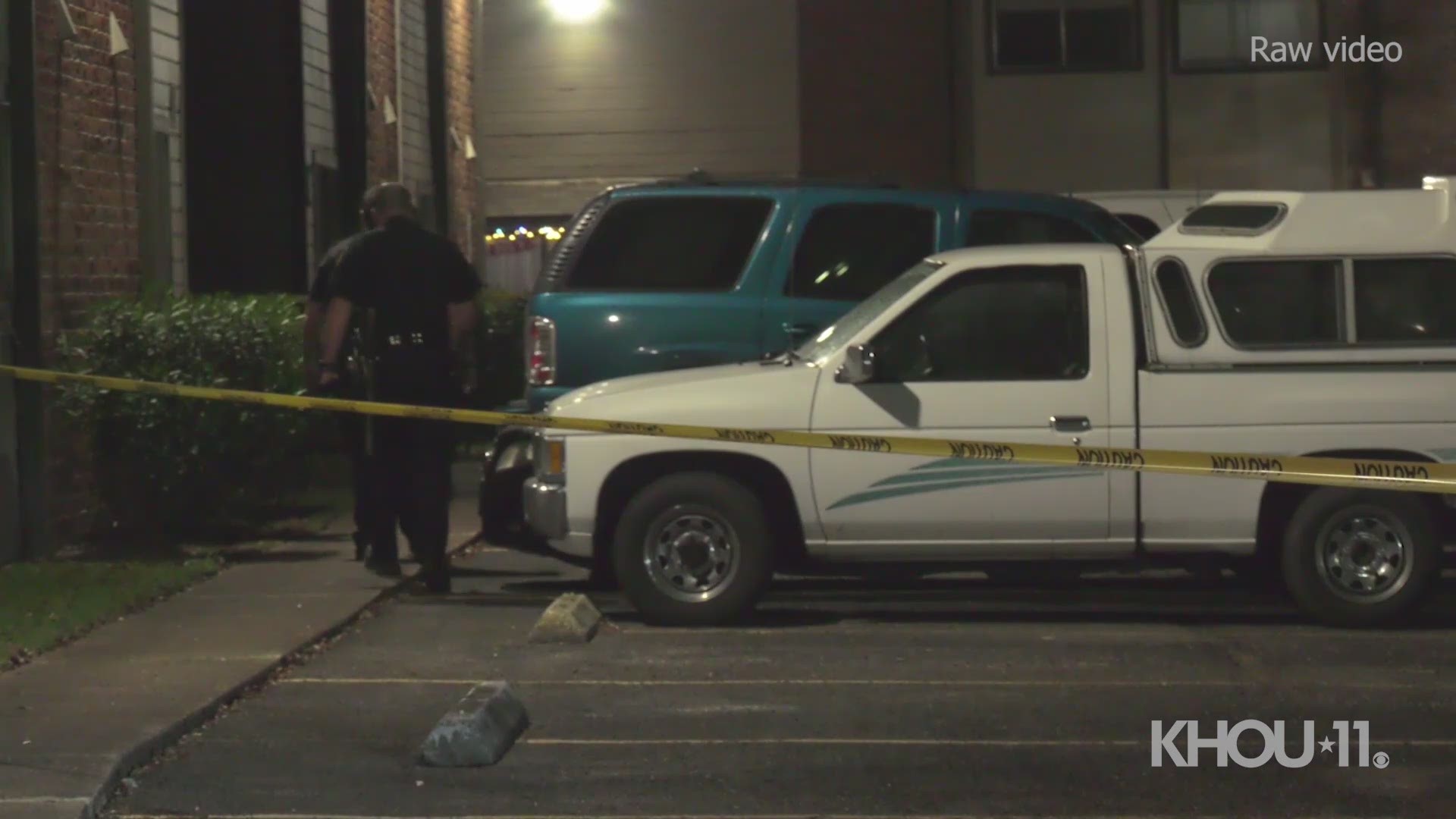 HOUSTON — A 14-year-old boy was killed Tuesday evening when an argument led to a shooting in northwest Houston, police said.

Police said he was shot and was then run over by a vehicle in the parking lot of an apartment complex in the 6100 block of West Tidwell Road around 8 p.m.

Police said the teenager was talking with at least two people in a silver vehicle when the conversation became heated, and the teen's backpack was taken. The teenager was shot, and then the driver in the car ran over him while fleeing the scene. The other suspect ran away on foot.

The victim died at the scene. Police said a gun was found near his body, but its unclear if it was used.

Commanders and PIO en route to 6100 block of West Tidwell for a deceased juvenile male. Prelim info is the juvenile was shot and struck by a vehicle. No other info at this time as the investigation is on going. #HouNews

According to police, there were multiple people in or near the parking lot when the shots rang out, and they're working on gathering evidence.

Anyone with information is asked to call Houston police or Houston Crime Stoppers at 713-222-TIPS.