Joesph Danap was on the way home from a scout meeting when he and his mom pulled up on the crash. 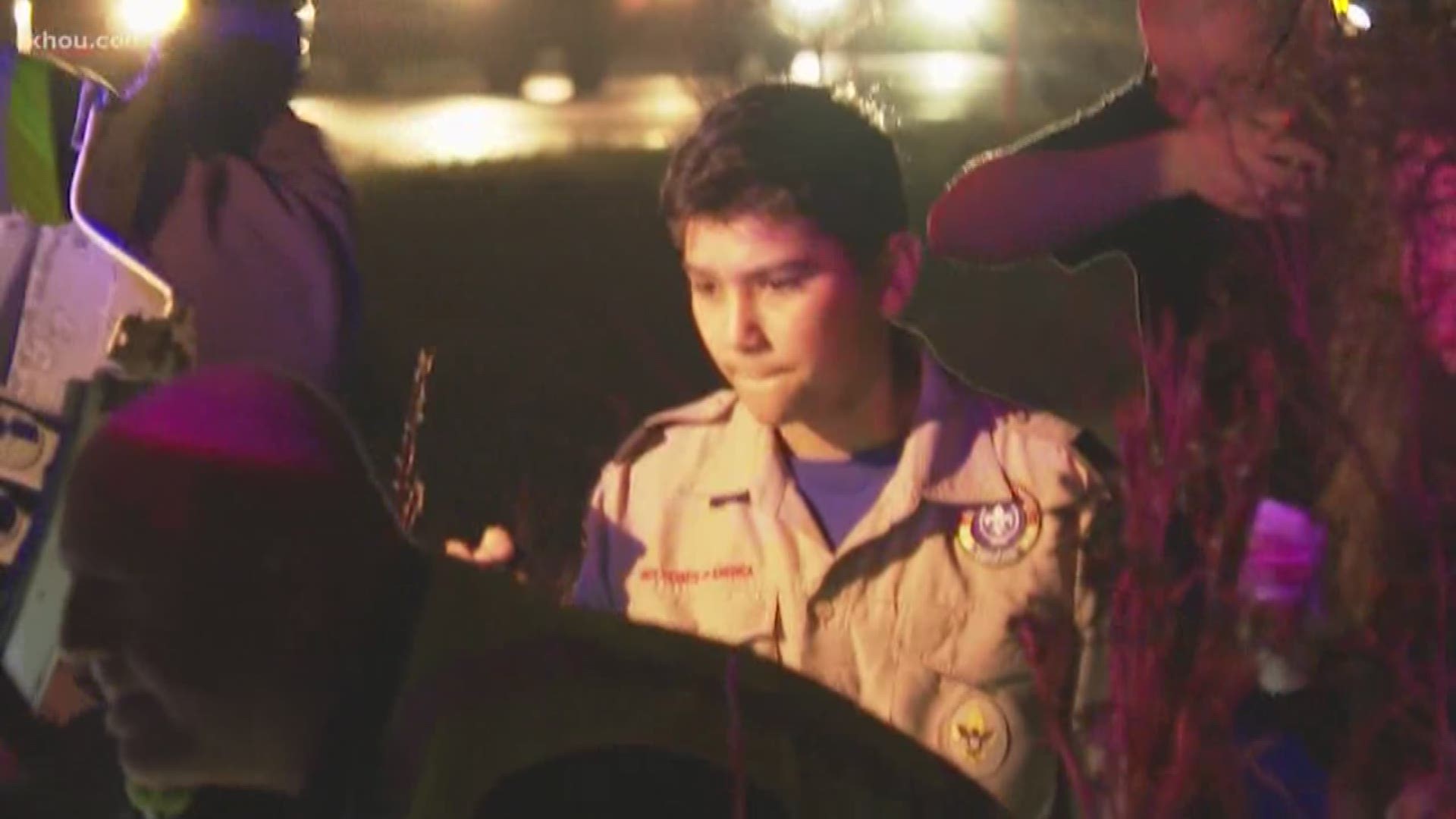 HARRIS COUNTY, Texas — “Be prepared” is the Boy Scout motto, and that’s what Joseph Danap was Monday night.

The moment he and his mother pulled up on a rollover crash scene Monday night, he was ready to spring into action.

At the rank of first-class in the Boy Scouts of America, Danap says he's passionate about first aid. He was still in his uniform when the two pulled up moments after the driver of an SUV lost control, drove off Mills Road, and rolled into a ditch.

Danap says he knew exactly what to do.

"I was calming the person, she was a little bit emotional," he said.

After helping the passenger out of the SUV, he went to work, offering gauze from his trauma kit and keeping the driver still until Houston Fire Department paramedics got to the scene. 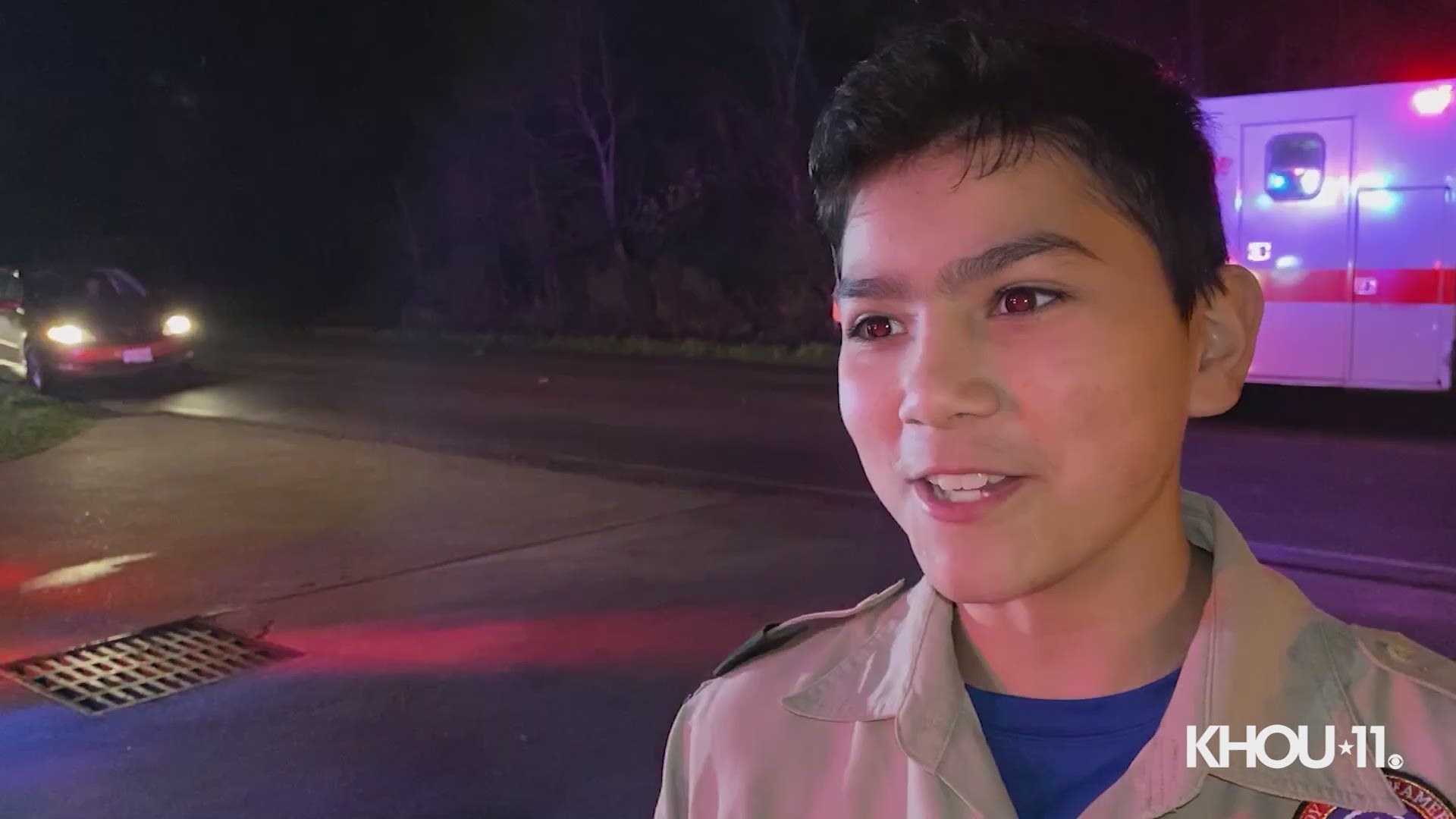 Harris County Sheriff's Deputies are investigating the single-vehicle crash. Both the driver and teenage passenger were taken to a local hospital.

When asked if he felt he had a future as a first responder, Danap said, "I feel like I would."