The lack of heat and bitter cold has become such a nuisance that several residents have feverishly tried to find hotel rooms, but most hotels are booked. 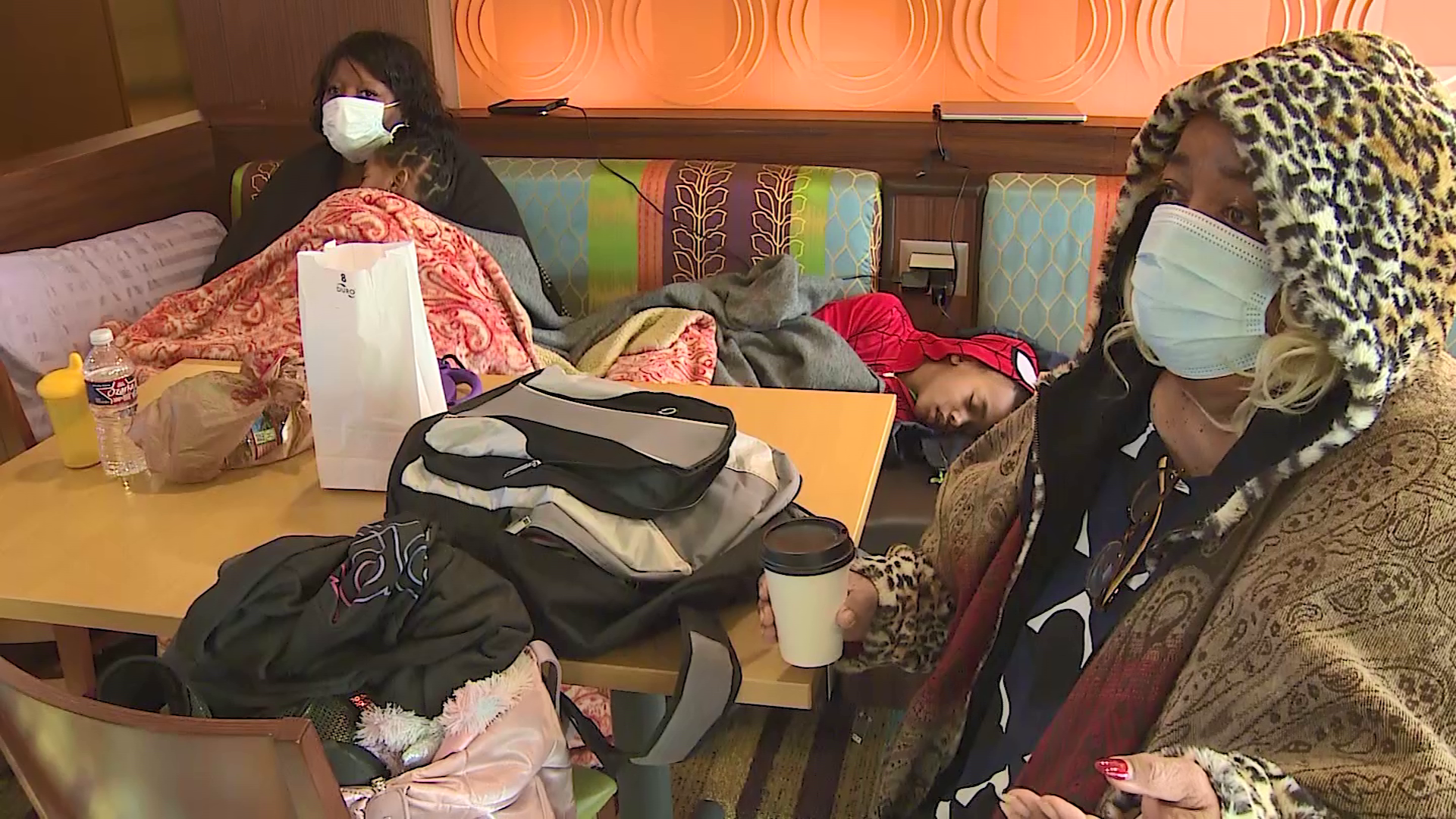 The lack of heat and bitter cold has become such a nuisance that several residents have feverishly tried to find hotel rooms just to make it through the day and night, but most hotels across the area are booked.

“We’re relying on a lot of prayer.” Rev. Pat Allen, her daughter and two grandkids slept in a Richmond/Rosenberg area hotel lobby to keep warm. Sadly, they had to leave two dogs at home with no power. Many others in this area are keeping warm in their cars #khou11 #TexasFreeze pic.twitter.com/G5tfwIlRzQ

They say they stayed home for as long as they could and finally found a hotel that at least let them crash in the lobby where it’s warm.

Sadly, the two dogs they had with them couldn’t come and were left with food, water and blankets.

“They just said to me, you know, these are inhumane conditions and if you want to stay here in the lobby we’re not going to turn you away and I said 'Oh my God, thank you so much!'"

Over in Allen's neighborhood, people are using their vehicles to charge electronics and stay warm. Some have gas appliances, but, in many cases, they have electric ignitions.

Fort Bend County Judge KP George said he feels the pain of many residents because he does not have power at his either.

On Twitter Tuesday morning, he wished everyone a good morning, except ERCOT, which is the agency that oversees the state's electric grid.

Good morning to everyone except ERCOT. pic.twitter.com/n8QC8EAenv