‘It just rips your heart’: Gov. Abbott vows to get to the bottom of water issues that killed 6-year-old Josiah McIntyre

State experts said the boil water notice in Lake Jackson will last 2 to 3 weeks while experts assure the brain-eating amoeba that killed Josiah is gone. 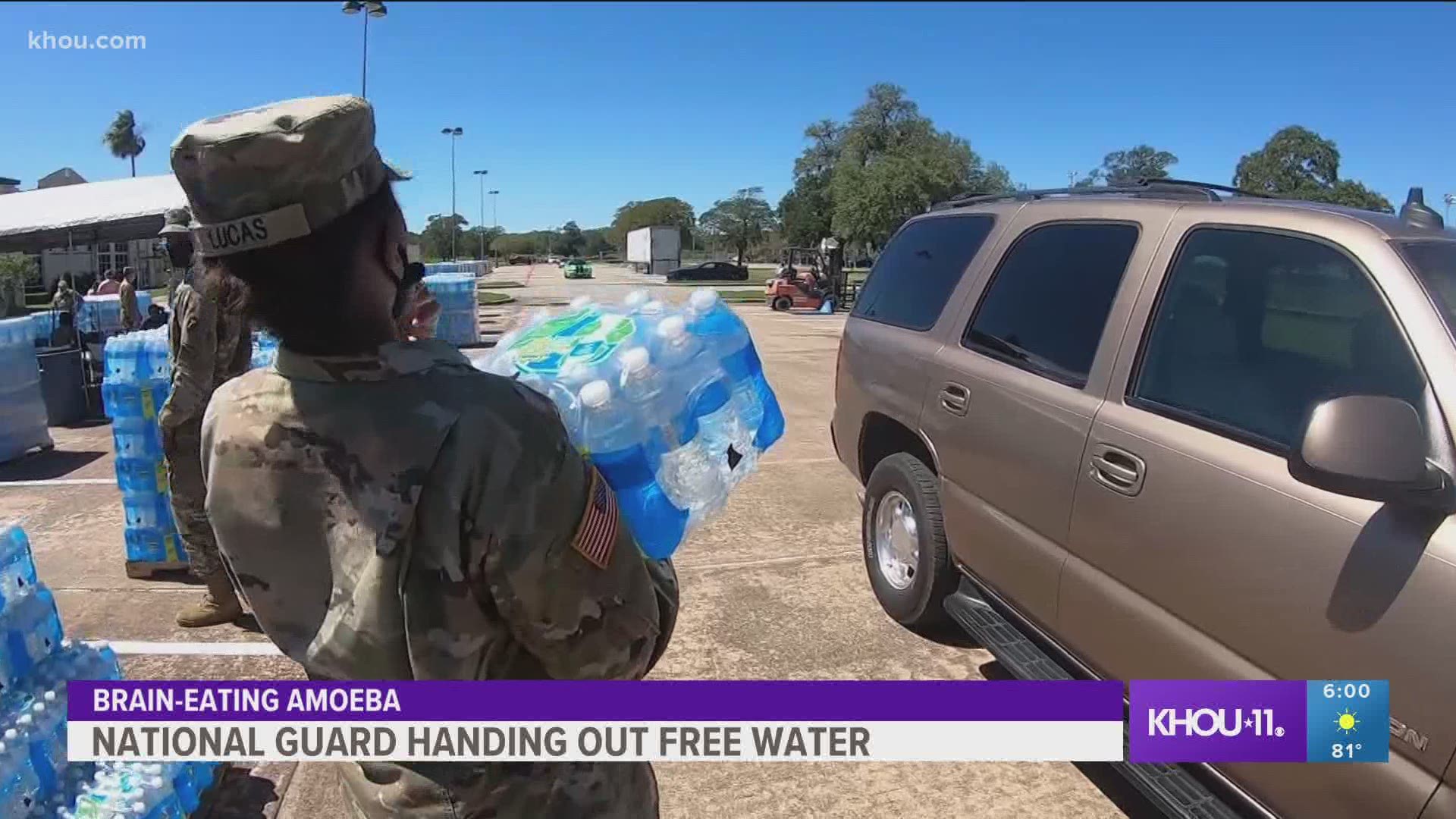 He also met with the family of 6-year-old Josiah McIntyre, whose death is blamed on the deadly amoeba.

“There literally are no words that can describe the sadness that goes along with the loss of a child,” Abbott said in a news conference. “It just rips your heart to know the loss of his life.”

Abbott vowed to get to the bottom of exactly what caused the water supply issue.

“The most I could do for the family is to assure them that his life is not lost in vein,” the governor said. “We want to make sure that this never happens again.”

Experts from several agencies are working together to assure the brain-eating amoeba that killed Josiah is gone and doesn’t return.

Toby Baker, head of the Texas Commission for Environmental Quality, said a boil water notice will remain in effect for two to three weeks as they continue to disinfect the water supply.

After that, the city will increase its chlorine to “very high levels” for 60 days, based on CDC protocol, Baker said. During this period, experts will search for any sites where unfiltered water can get into the system.

The amoeba, known as Naeglera Fowleri, is relatively common in fresh water like lakes, rivers and ponds -- especially during the summer months. But it’s extremely rare to find it in a filtered water supply.

“All information points to this being isolated,” Abbott said.

The TCEQ said Tuesday it’s too early to speculate on how the deadly amoeba got into the water supply, but they believe Josiah was infected while playing at a city splash pad.

The City of Lake Jackson shut down the splash pad on Sept. 8 after learning of Josiah’s death.

Initial test results from the splash pad came back negative on Sept.14.

TCEQ and the Centers for Disease Control and Prevention traveled to Lake Jackson to do their own testing on Sept. 22. A trio of positive results came back on Sept. 25.

A 'do not use' water advisory was issued for Brazosport Water Authority customers Friday night into Saturday morning. It was later lifted for all communities except Lake Jackson.

"You cannot replace a child. There's nothing more difficult that a family can go through," Bonnen said. "And I'm proud of our community wrapping our arms around Josiah's family, and we need to continue to do that."

More than 6,500 cases of water have been distributed to @LakeJacksonTX residents since a Do Not Use Water advisory, followed by a current Boil Notice, went into effect. .@TCEQ says testing continues after a #braineatingamoeba was found in the city’s water supply. #khou11 pic.twitter.com/mYltVI4VpL