Boil water notice: Here's what you need to know

Mayor Sylvester Turner advises all City of Houston residents to continue boiling their water through at least Saturday morning. 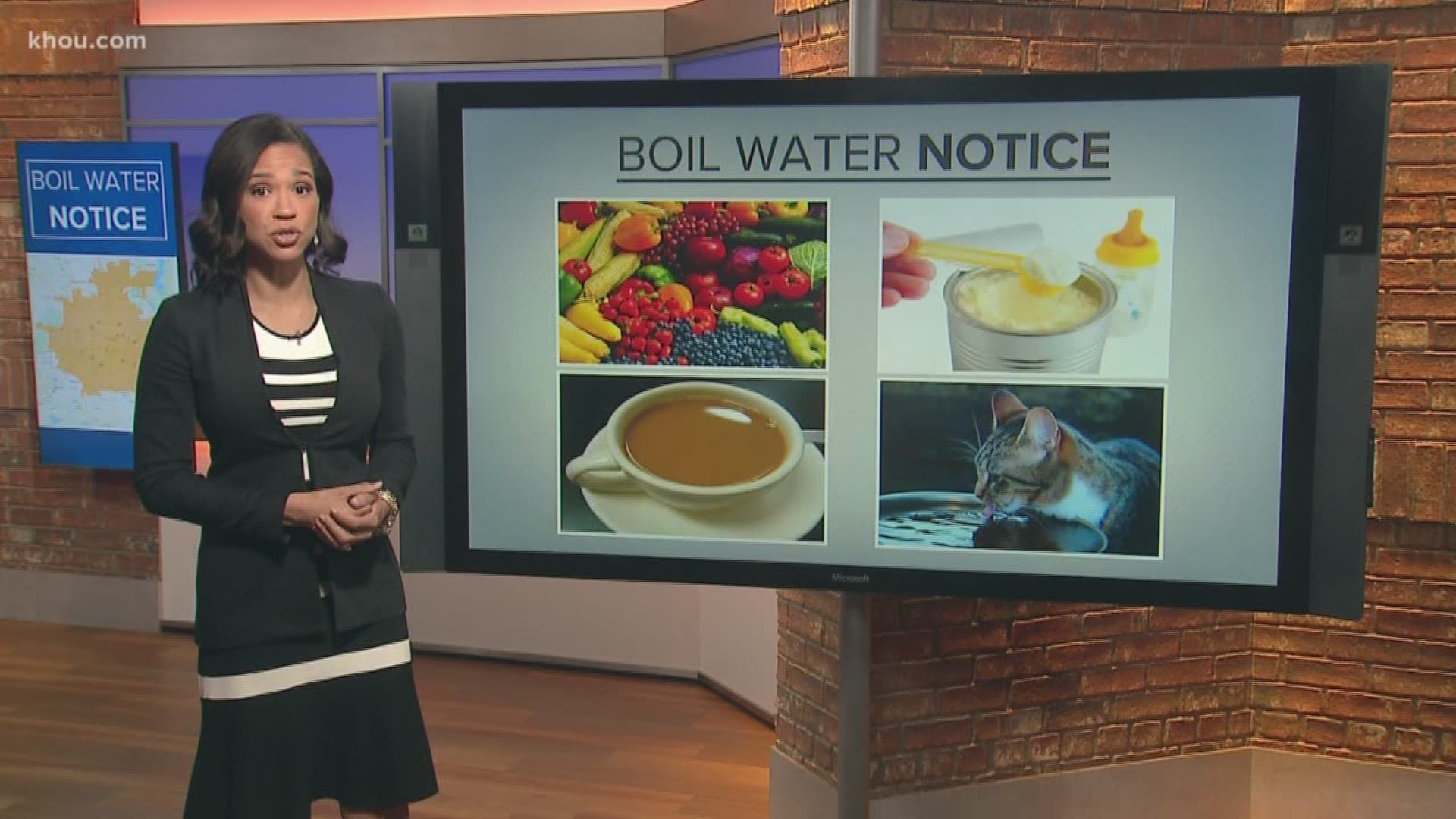 HOUSTON — UPDATE: The boil water notice that had been in effect has been lifted.  Here's what you'll need to do before using water now.

All Houston residents are advised to boil their water because of Thursday's water main break.

The 96-inch line that burst provides 50 percent of the city's water.

How to properly boil water

1. Bring tap water to a rolling boil for 1-2 minutes to kill bacteria.

2. Let the water cool before drinking or storing it in a clean containe.

Here are more guidelines for making sure your water is safe if you can't boil it.

Will your water filter protect you?

You should boil tap water even if it is filtered. Most household water filters do not remove bacteria.

Which water needs to be boiled?

You should boil water before doing any of the following:

Which water doesn't need to be boiled?

If you aren't sure, it's always best to err on the side of caution. Preparing clean water by boiling is a quick and simple process and goes a long way to protect your family from illness.