A United Airlines flight was coming from Newark, New Jersey to Houston when one of its engines reportedly caught fire. 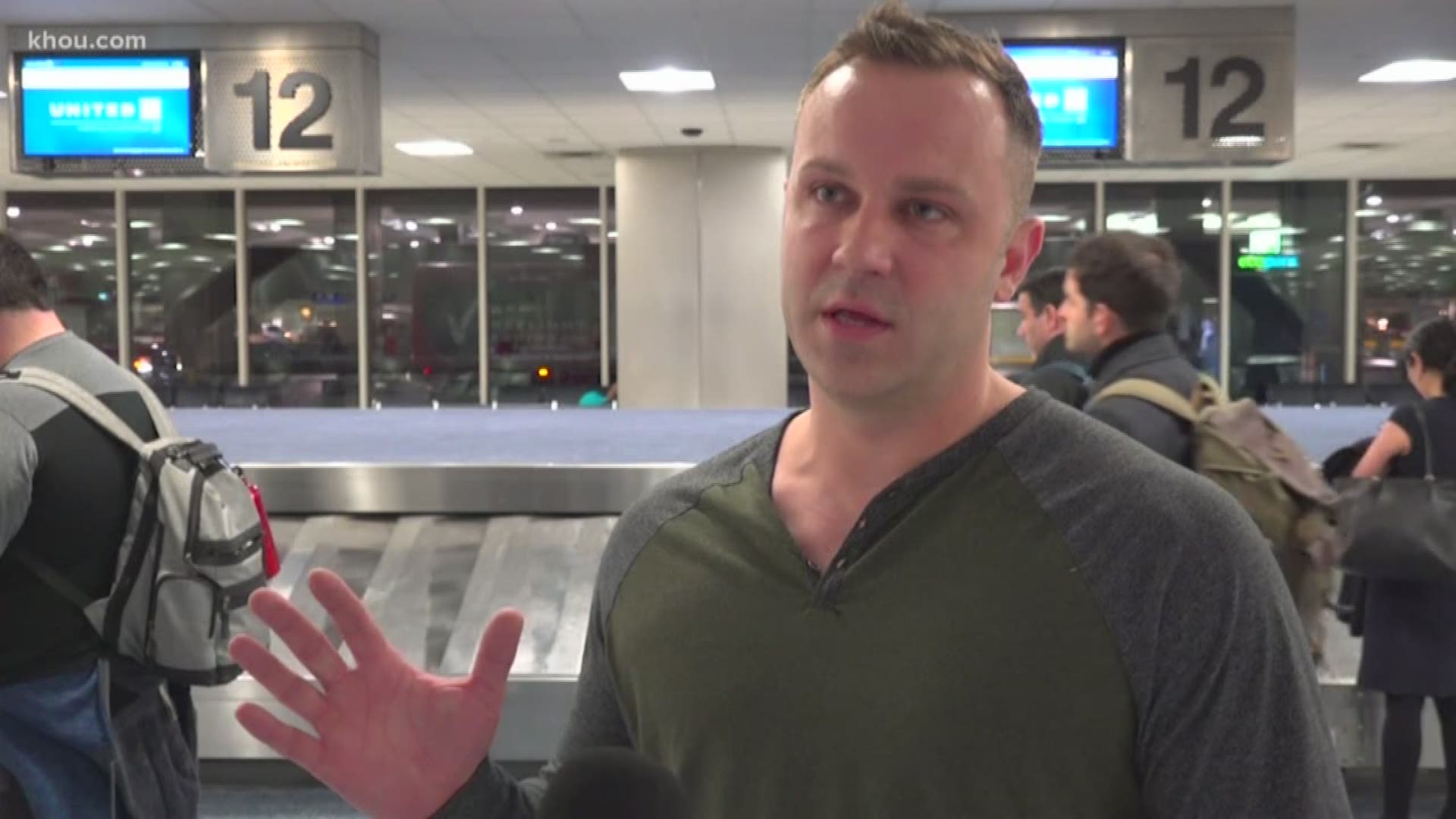 HOUSTON — A jetliner landed safely at Bush Airport after passengers reported hearing a bang before an engine caught fire during their flight from New Jersey to Houston late Sunday.

The incident happened shortly before 10:30 p.m.

One passenger says he was near the left-side wing where the fire happened at about 30,000 feet.

"I was actually kind of dozing off, sleeping, and I heard a really loud bang," Chris Morrison told KHOU 11. "Shortly after that, it started vibrating a lot. There was a very crazy, distinct vibration on the whole plane. Everyone started getting a little uncomfortable."

"Pilot came on and said they were going to start the decent," said Morrison. "Vibration got worse. And then I saw a flash of light outside the window. I was sitting right on the wing where the engine had the issue." 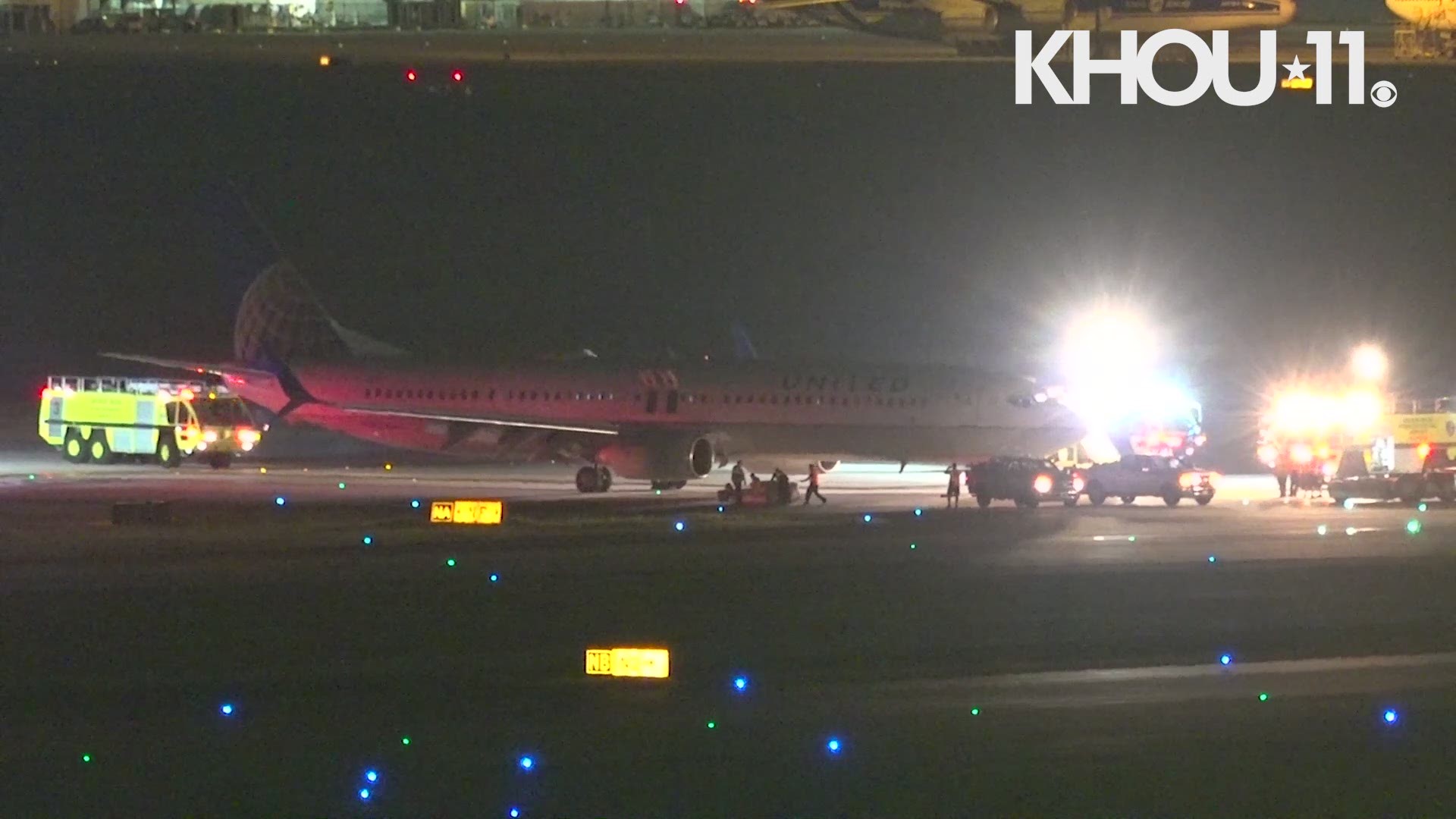 Power was shut off on the plane after it touched down and it rolled to a stop.

The fire caused a heavy commotion with emergency crews responding, but all passengers and crew were able to get off the aircraft safely. They exited the plane on the Tarmac and boarded buses to get to the terminal.

Another passenger said most of the passengers were calm when evacuating.

"For the most part, we were very peaceful. They were very helpful to one another, assisting each other getting down." said Philip Twainmorrow.

No injuries were reported and the cause of the fire is under investigation.