4 bodies of crewmembers recovered from capsized liftboat off Louisiana coast

The bodies of four victims from the Seacor Power liftboat have been recovered as of Friday. 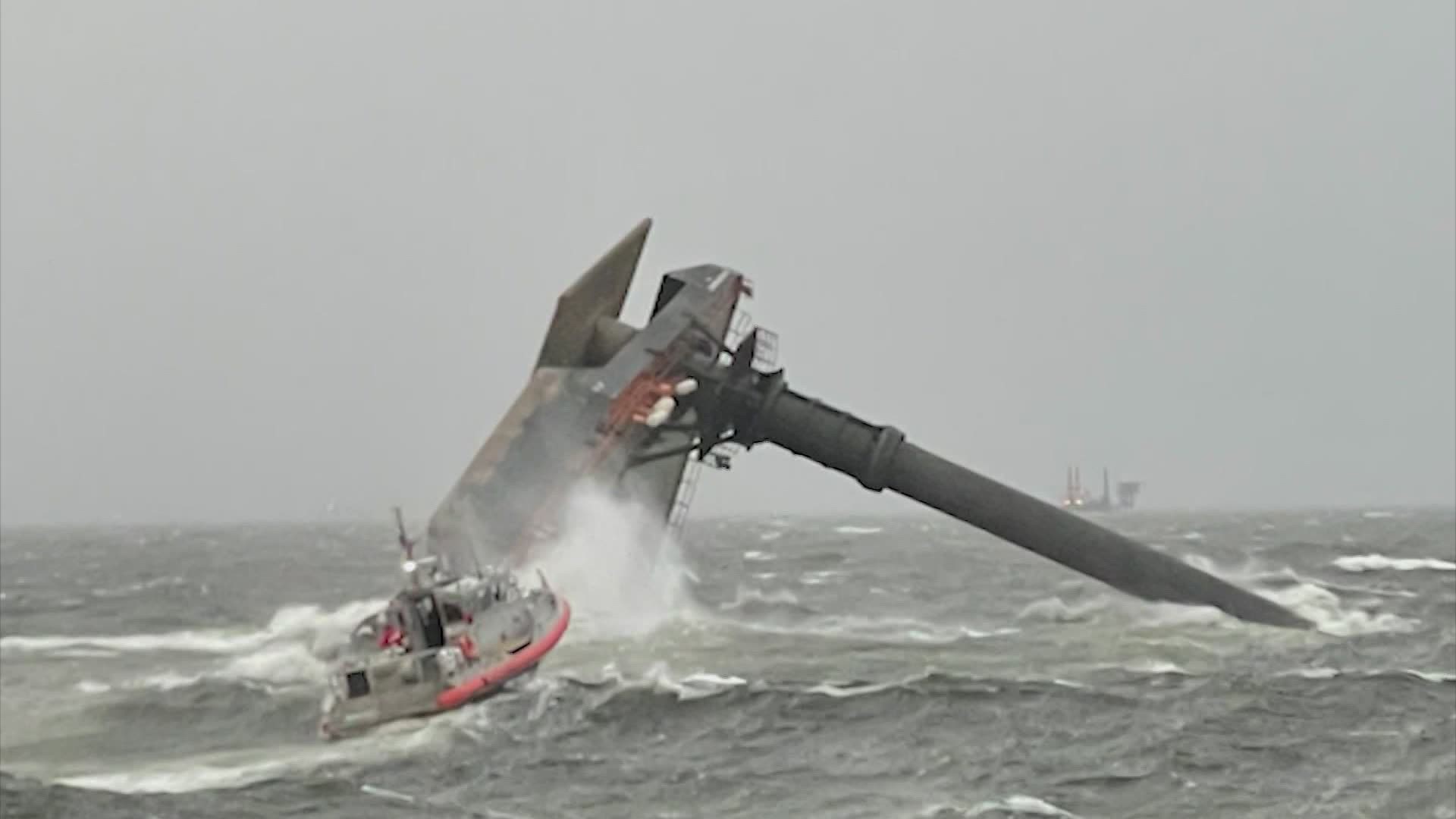 PORT FOURCHON, La. — Coast Guard crews have recovered three more bodies of victims from the liftboat that capsized Tuesday in rough seas off the coast of Louisiana.

A Coast Guard Jayhawk helicopter spotted one of the victims Thursday night near the capsized Seacor Power.

One other body was recovered Wednesday, eleven are still missing and six people have been rescued.

The Coast Guard is not releasing the names of the victims -- or of any of the mariners involved in the accident -- out of respect for the families.

Editor's note: The video above originally aired on April 15.

RELATED: Search area for capsized boat survivors is as big as Hawaii

RELATED: ‘Giving it all we’ve got’: Coast Guard says some of the 12 missing could still be on capsized boat as search continues

Divers returned to the area early Friday, but dangerous weather conditions forced them to resurface a few hours later. They were able to resume diving around 1:30 p.m.

The Coast Guard confirms it’s possible some of the missing could still be on the vessel, which is owned by a Houston company.

“We don’ know for certain, right now, but that’s something that we’re looking into as the investigation unfolds,” Coast Guard spokeswoman Ensign Shelly Turner said. “We’re trying to figure that information out, but it is a possibility right now.”

RELATED: 'They love their daddy' | Family holds on to hope as search continues for missing 12 in Gulf of Mexico

“We have to remain hopeful and optimistic. We are giving it all we’ve got,” Captain Will Watson said. “We are saturating the area with available resources to assist in the rescue mission, and we will continue to do so.”

The Coast Guard said it has already covered an area larger than the state of Rhode Island.

The Seacor Power overturned in high seas and hurricane-force winds. The Coast Guard said winds were 80 to 90 mph and waves rose 7 to 9 feet high, worse than what was forecasted.

The boat is still overturned, partially submerged and grounded in about 55 feet of water. It was on a 100-mile journey to the Talos platform.

Liftboats transport equipment and workers to and from oil rigs in the Gulf. They lower huge legs to the sea floor to become offshore platforms.