Construction crews digging a trench at the site of Fort Bend ISD's new career and technical center came across the first set of skeletal remains back in April. Since then, 95 sets of remains have been discovered. 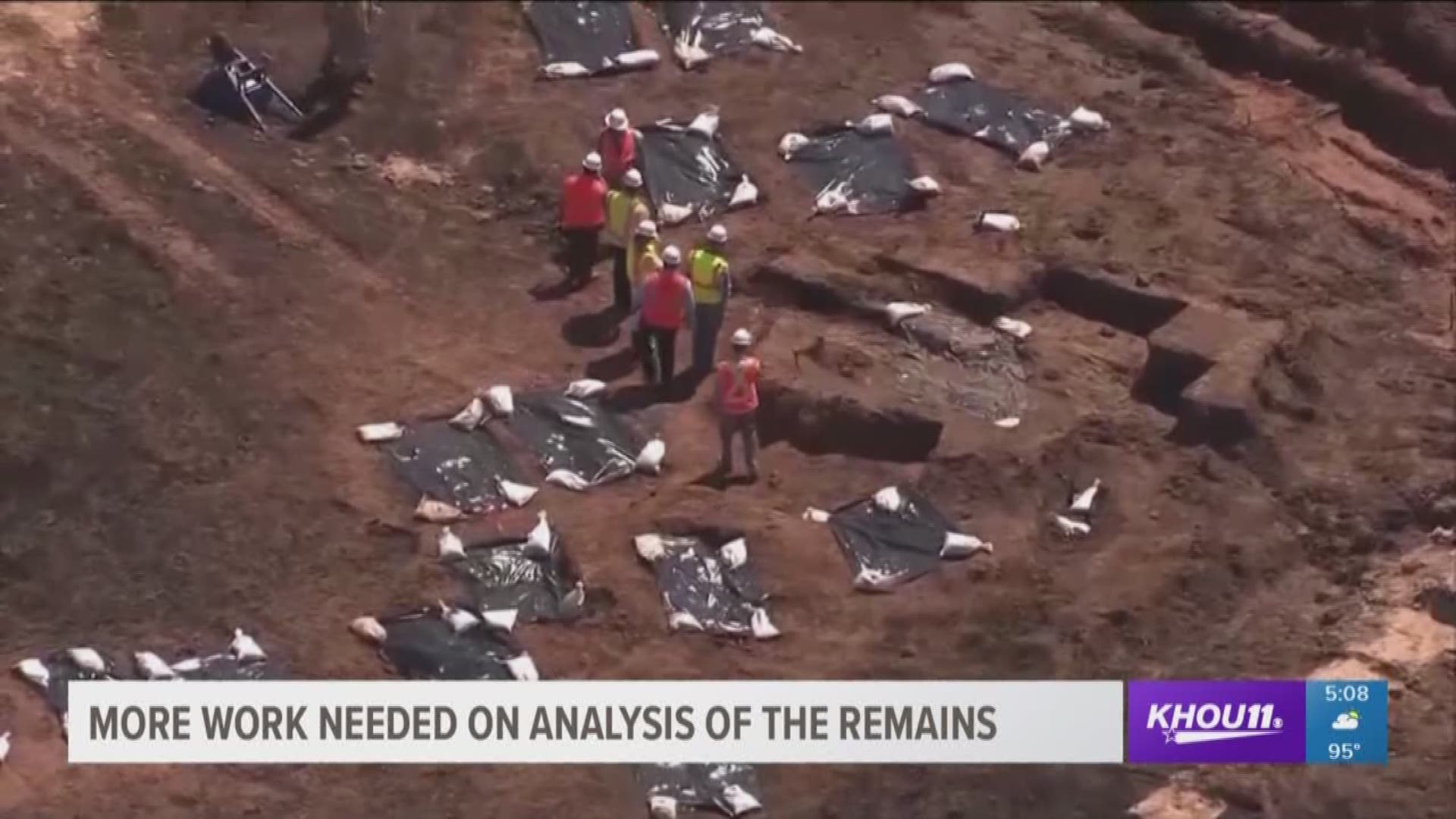 FORT BEND COUNTY, Texas - So far, 48 sets of remains have been exhumed from an unmarked cemetery in Fort Bend County.

Construction crews discovered the cemetery back in April after they began work on building a $59 million career and technical center.

It is the first cemetery associated with the State’s convict leasing system, which was outlawed in 1910.

Ninety four sets of remains were found and as the careful process of exhuming the remains continues, the location remains an active archeological site.

The bodies are believed to have been buried between 1878 and 1910 – and likely belonged to African-American prison inmates, forced to work on plantations. It's unclear how they died.

"So far, we have all males and one female. They range anywhere from 14 to anywhere between 15 and 70 years of age." said Catrina Banks Whitley, a bio archeologist working at the site. 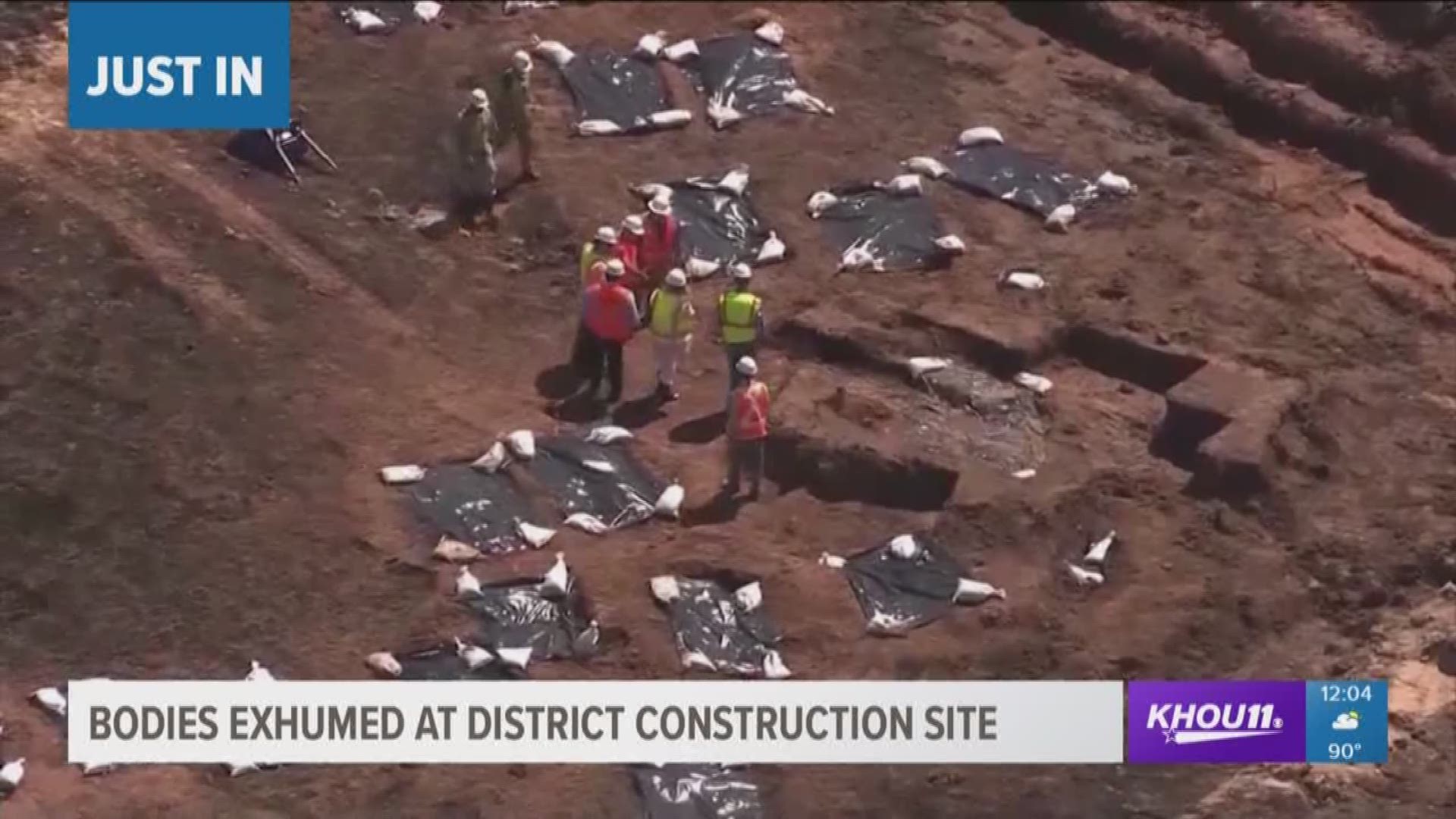 Artifacts at the site have also been unearthed, including chains.

“Some of these chains, especially the ones that date prior to the Industrial Revolution, some of them have swivels on them, which were more than likely utilized in chain gangs,” said Reign Clark, the Archaeological Project Manager at the site.

It is a point in history that deeply disturbs local historian Reginald Moore, who had warned the district it might find unmarked graves of black prisoners. Moore wants them buried nearby at the Old Imperial Farm Cemetery, which he over-sees.

“We’re trying to move forward in a positive way, getting them memorialized, getting them a museum put together, giving them recognition,” Moore told us.

Experts say they believe more unmarked cemeteries exist and that it’s only a matter of time before excavations uncover them.

The new Fort Bend ISD Career and Technical Center is set to be completed in the Fall of 2019.

Once all the remains are exhumed – the structure will be extended to where the cemetery was discovered.