The Austin Justice Coalition worked with the City of Austin and local artists to also paint a mural along Congress Avenue Tuesday. 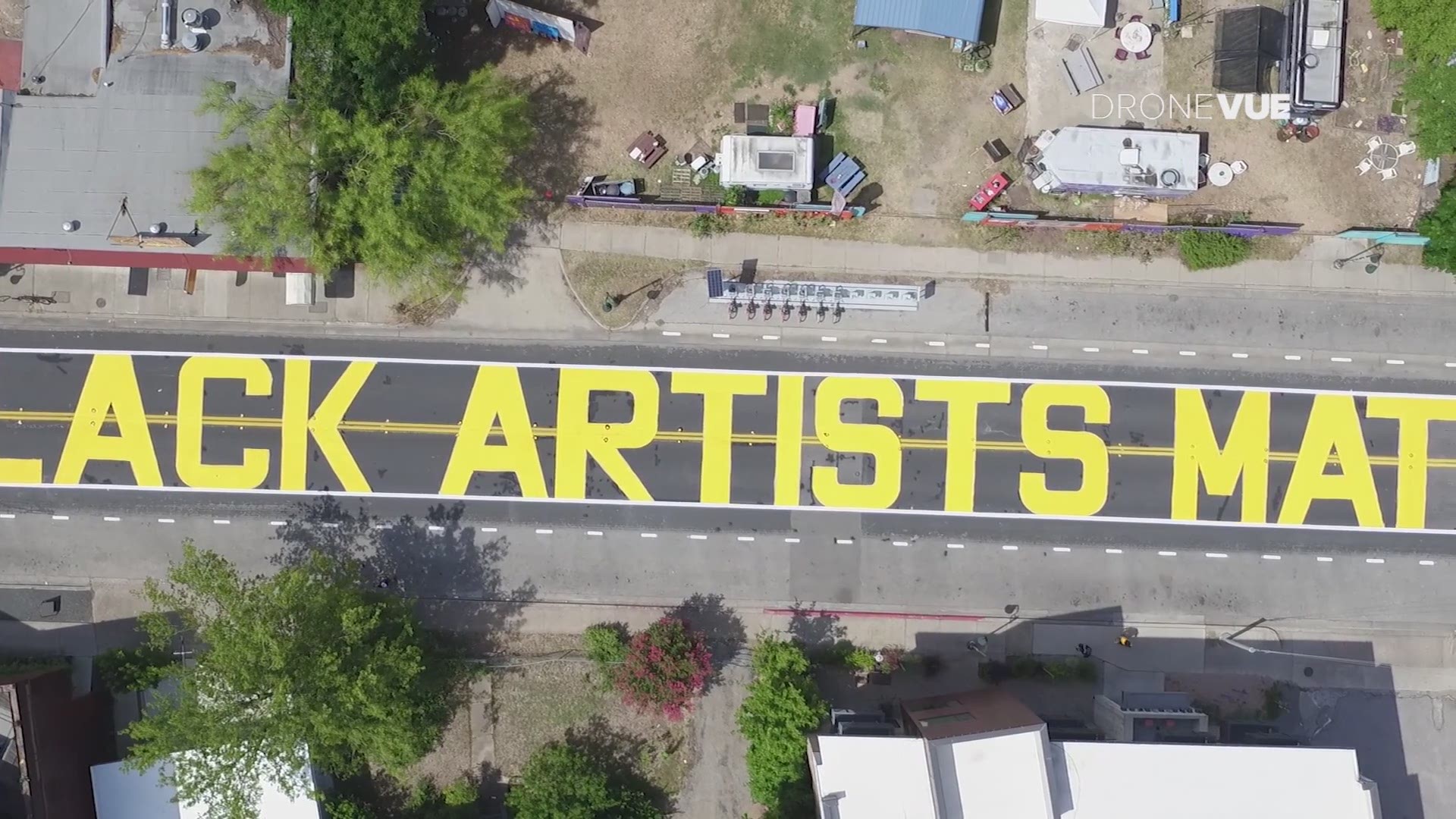 AUSTIN, Texas — As Austinites adjust to a bright new mural along Congress Avenue, East Austin now has one of its own.

“For over nine years, Capitol View Arts has worked with urban artists, particularly in East Austin neighborhoods. In a city where the black population is overlooked, our purpose through this mural is to show continued support and acknowledgment of black artists and their contribution to Austin's legacy and character,” said Clifford Gillard, founder and president of Capitol View Arts.

Capitol View Arts and the Austin Justice Coalition (AJC) chose the East 11th Street location, between Waller Street and Lydia Street, because of its history as the heart of the African American community in East Austin. Several artworks will also be painted on Kenny Dorham's Backyard, which is located on the same stretch of road.

On Tuesday, the AJC worked with the City of Austin and local artists to paint "Black Austin Matters" in large, yellow letters down the street of Congress Avenue between Sixth and Ninth Streets.

This mirrors similar moves made in cities across the country after "Black Lives Matter" was painted along a street heading toward the White House in Washington, D.C., earlier this month.

RELATED: Austin’s gentrification problem: How we got here

However, Twitter users were quick to criticize the new artwork, some calling attention to gentrification taking place in the historically black East Austin neighborhood, as "East Austin" became a trending topic on the social media site by Tuesday evening.

"Painting 'Black Austin Matters' is contradictory, [because] of the gentrification that’s happening to the black community in East Austin," wrote one Twitter user. "It’s really a slap in the face."

However, AJC Executive Director Chas Moore confirmed later that day that the Congress Avenue location was chosen with a distinct purpose.

In a Twitter thread Tuesday, Moore revealed the following:

Timeline: Is a Tesla factory coming to Austin?