Some business are vowing to open regardless of Governor's executive orders 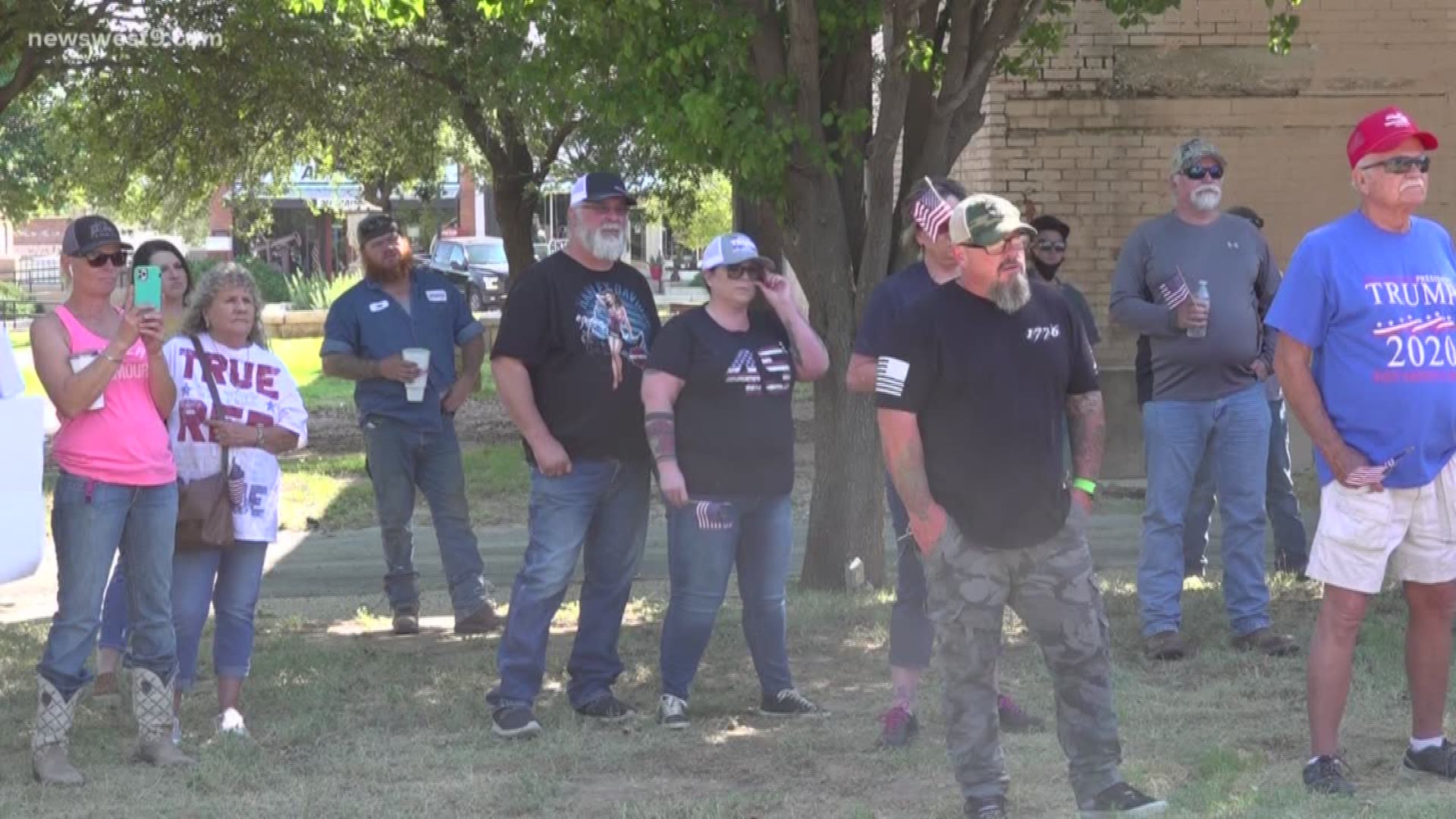 BIG SPRING, Texas — On May 4, in the heart of Big Spring, and right across the street from the city's municipal court, a couple of dozen people came out to show support for business owners like Edward Roach and his employees that feel left behind by their government.

"We all have the right to free enterprise in the United States we have that right but our local state and federal government have decided that we can't work and we can't make the living that we did before this," said Roach.

The protest was made up of about 2 dozen people holding signs and waving American flags.

Edward owns Apartment 9 Saloon off Birdwell Lane, and it's his belief that his constitutional rights as a business owner are being violated in being directed by the government to stay closed.

"We think we're just as important as anyone else so we want them to pay attention and if they don't we're going to vote them out," said Roach.

Roach says he wants the government to take action so fellow business owners can provide for their employees and communities, but as for his business, he says he's not willing to wait around any longer

"I'll suffer the consequences if I have to but I have to put these people back to work," said Roach.

It's a message that the mayor of Big Spring Shannon Thomason appeared to support, as he also attended today's demonstration.

"I stand with our business owners and I think its really time we start looking to reopened west Texas," said Thomason.

The mayor reiterated that message over the microphone in front of the crowd.

"We rely on our business, we rely on our homeowners out here to support gov't services but to also fund their lives," said Thomason.

We did reach out to the Big Spring Fire Marshal, and he told me citations are likely if rules of the executive orders are broken.

A municipal court judge would decide the punishment.

Protestors show up in defense of Anytime Fitness