The driver was killed Thursday morning when the big rig swerved to avoid a car and went off the bridge. 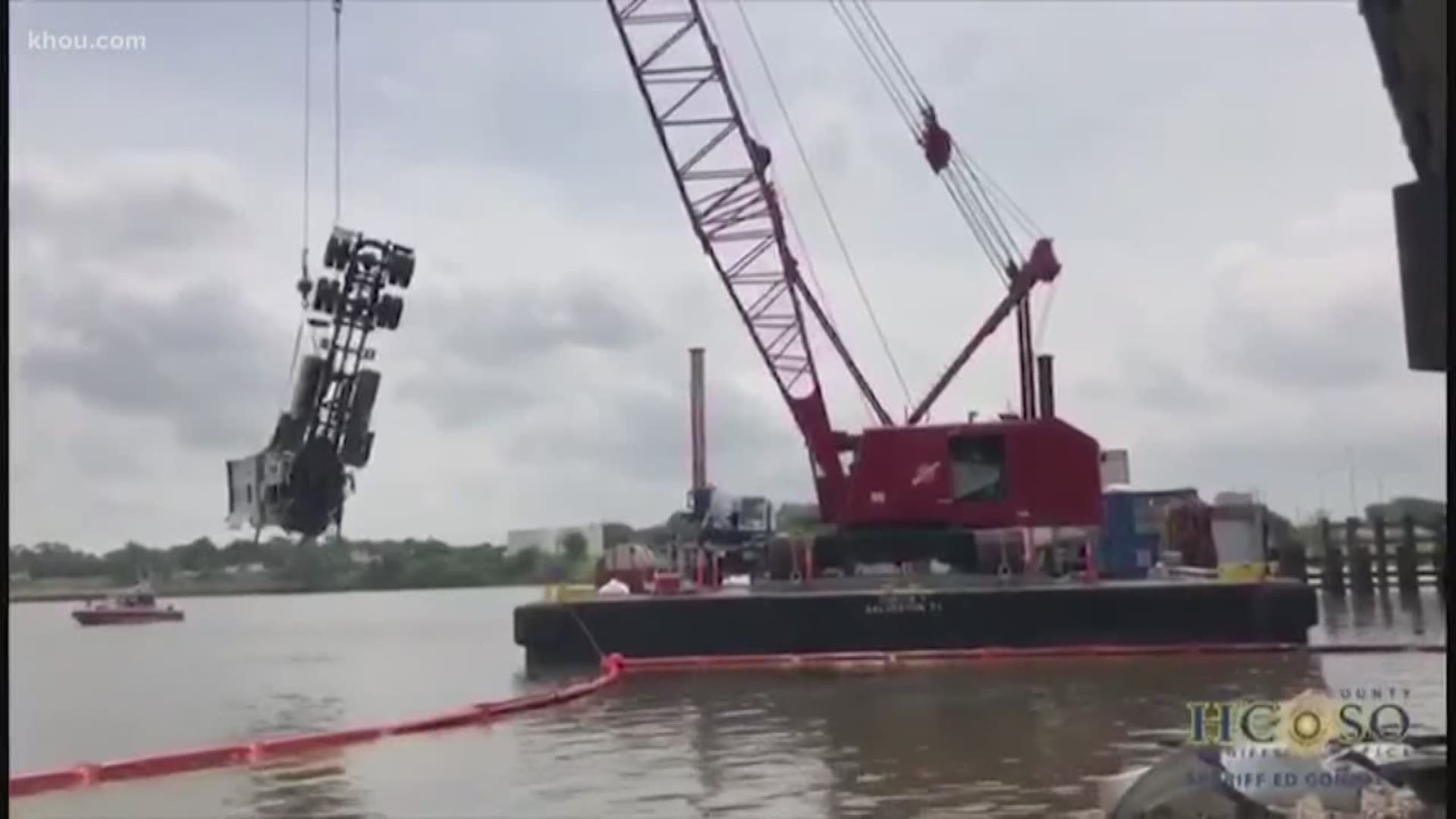 A big rig that plunged into the San Jacinto River earlier this week has been removed.

According to the Harris County Sheriff’s Office, the cab separated from the trailer on impact, so they had to remove both separately. A crane was used Saturday to pull them both out.

The crash happened Thursday morning.  The big rig driver swerved to avoid another car that had been in a crash with a different 18-wheeler.  That’s when it went off the bridge, crashing through the guard rail.

The driver of the big rig that went into the river didn’t survive.  His body was recovered Friday from the cab.

No charges have been filed.