The couple said they were riding on Jefferson near Hughes when the driver hit the woman. The driver was charged with aggravated assault with a deadly weapon. 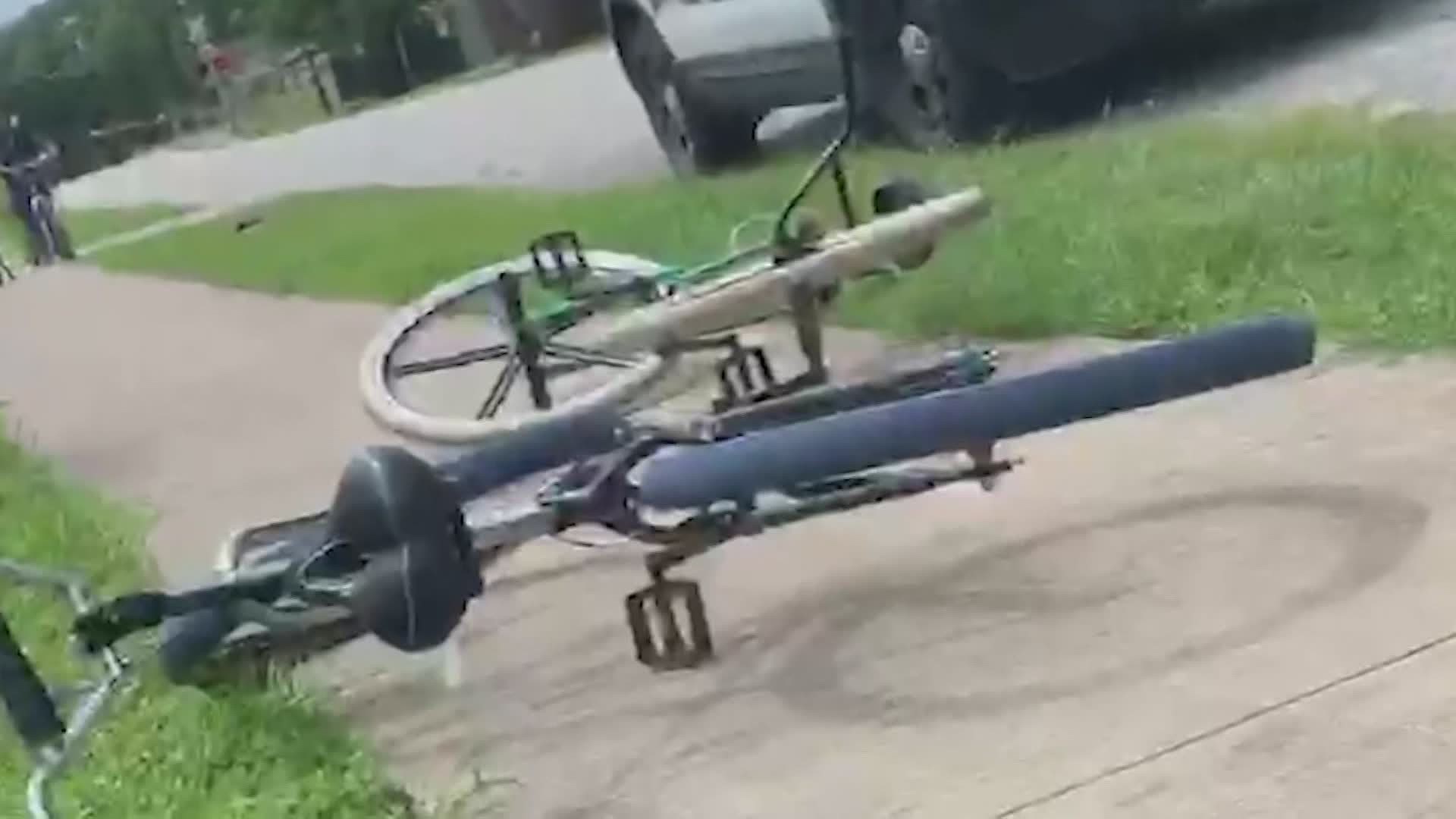 HOUSTON — A Houston couple is speaking out after they said they shot an aggressive driver while riding bikes in Houston's Greater East End.

The couple asked to remain anonymous in fear of retaliation.

They said they were riding on Jefferson Street near the intersection with Hughes Street on Sunday when a man driving a Dodge Charger tried to run them over. The couple said the man was upset that they were riding bikes on the road.

"I jumped off the bike and ... he was cursing at me, telling me I wasn’t supposed to be on the road," the husband said.

The husband said he called 911 and the man in the Charger drove away, but returned a short time later and drove through a patch of grass, and struck his wife with the car. That's when, according to police, the husband fired three shots at the driver.

"I saw the bike under (the car) and then I saw him reverse. My first instinct was to shoot him," the husband said.

The driver was identified by police as 26-year-old Jose Angel Hernandez. He's charged with aggravated assault with a deadly weapon. He was hospitalized with injuries to the left side of his face and shoulder. He's due in court on Wednesday.

The couple said they try to ride bikes daily, but now it will not be the same. Bikers said it's dangerous to ride on the roads in the area. They said drivers sometimes don't pay attention to bike riders.

The couple said they hope people learn to be patient and share the road with cyclists.

"I just hope he doesn’t do this to anyone else," the wife said.

While he says he plans to ride again soon, his wife said she doesn't know when she'll get back on a bike.