This is the second time this year O'Rourke has held a counter-rally to the president. 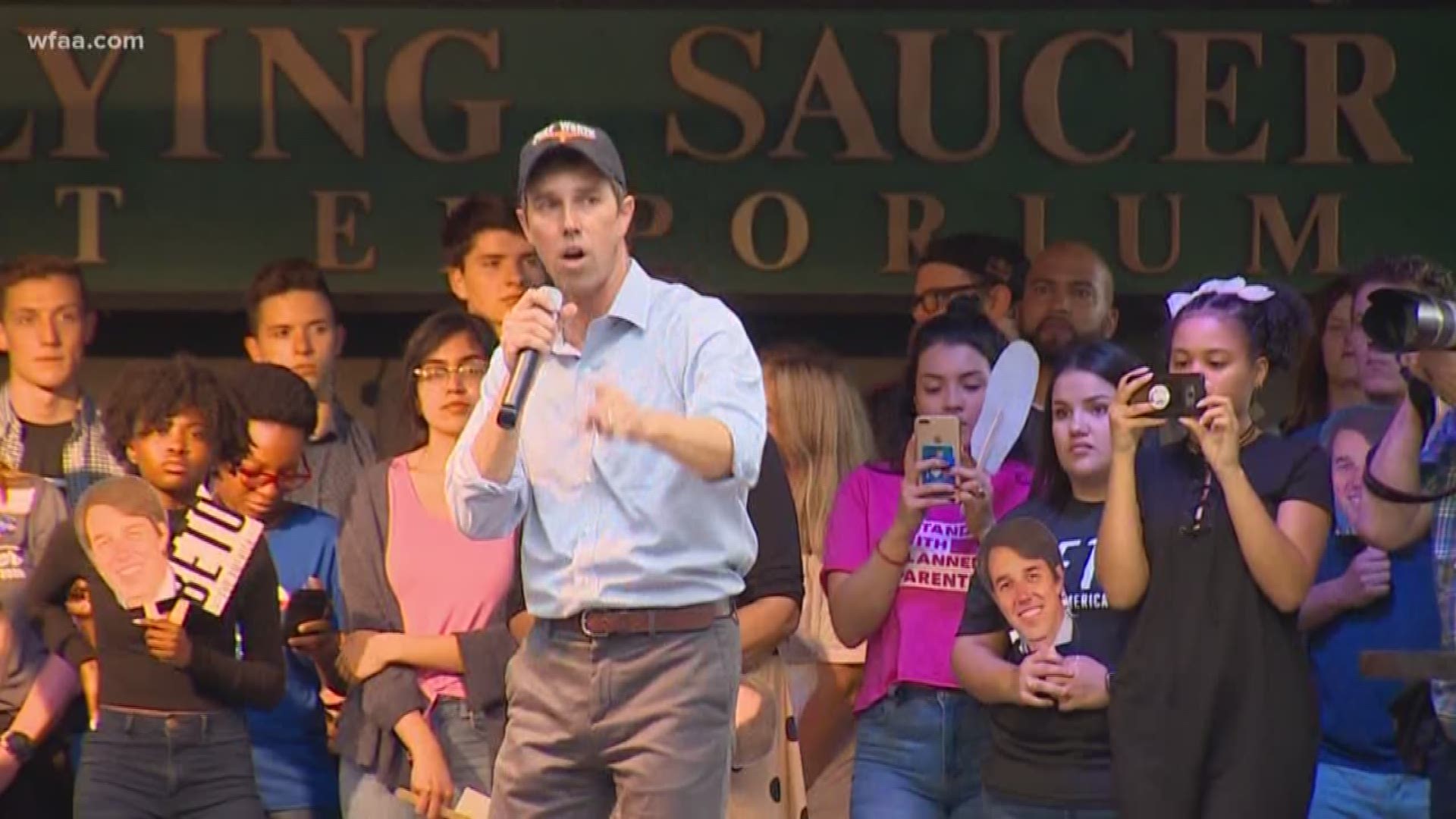 DALLAS — Democratic presidential candidate and former Congressman Beto O'Rourke just announced that he will be holding a "Rally Against Fear" in Grand Prairie on oct. 17, the same night President Trump will hold a "Keep America Great" rally in Dallas.

This is the second time this year O'Rourke has held a counter-rally to the president. He did the same thing in El Paso in February.

"Trump is holding a rally in Dallas—and it's on us to declare his hatred, racism, and division does not belong in Texas," O'Rourke tweeted. "That's why we're organizing the Rally Against Fear. If you are ready to stand against Trump, and for our country, join us next Thursday."

O'Rourke also spoke at an event in Fort Worth in May.

O'Rourke's rally will be at the Theatre at Grand Prairie. Doors open at 6 p.m. Find out more information here.

Trump's rally will be held at the American Airlines Center in Dallas. Doors open at 4 p.m. More information can be found here.