In the coming weeks the new group of uniformed officers will be protecting and serving the city of Beaumont. 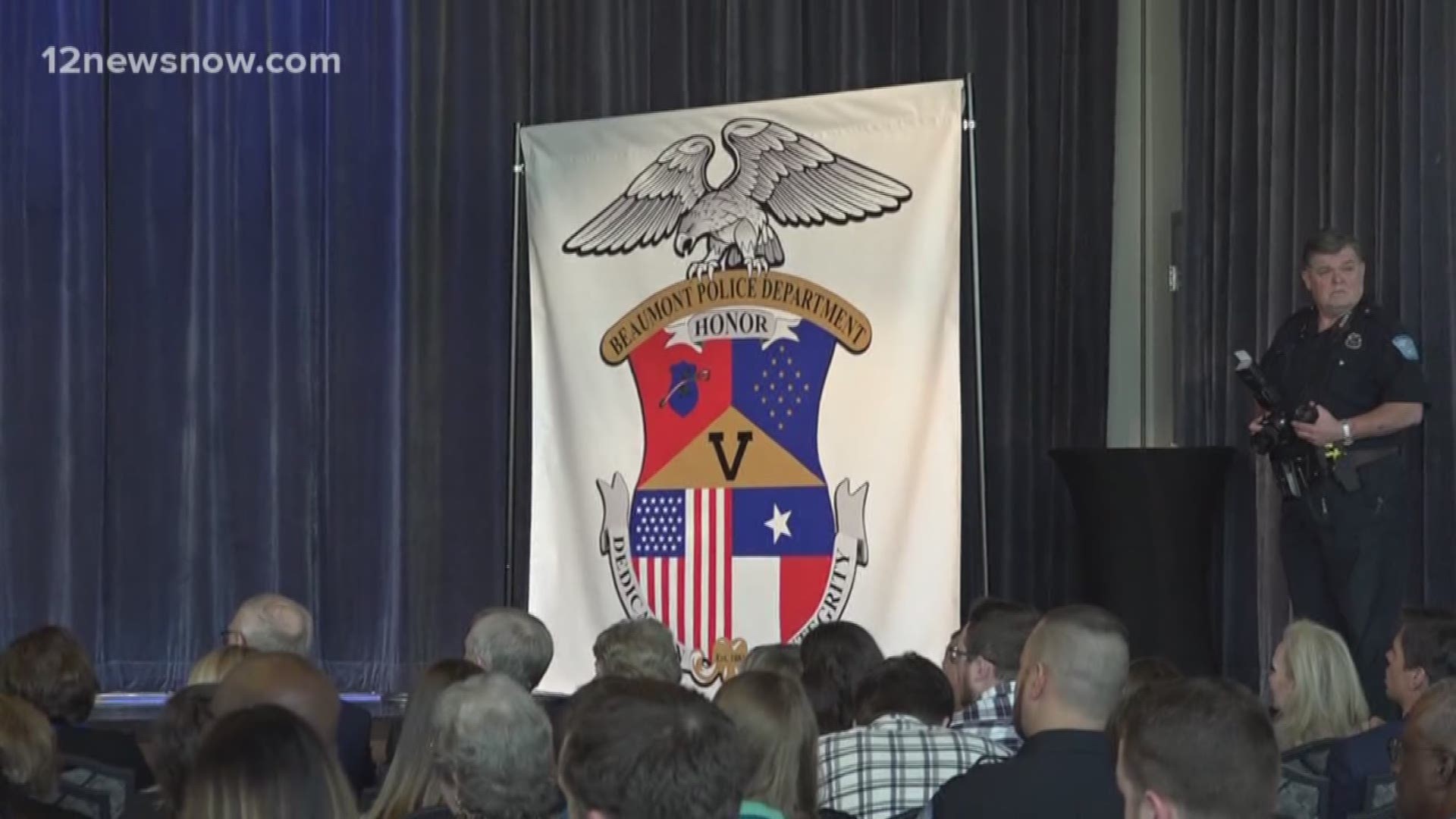 BEAUMONT — Eleven new officers will soon be hitting the streets of Beaumont after being sworn in on Tuesday.

The new officers were sworn in by Beaumont Police Chief Jim Singletary in an "oath of officer" ceremony at the Beaumont Event Centre Tuesday afternoon.

In the coming weeks the new group of uniformed officers will be protecting and serving the city of Beaumont.

Sheena Yarbrough, who was among the 11 officers sworn in on Tuesday, holds a bachelor's degree in criminal justice and recently completed the police academy at Lamar Institute of Technology.

"It was a long process. We started with fitness and we ended with defensive tactics, Yarbrough said, adding, "It was a good experience."

Yarbrough and the other ten new officers, including one other woman, will begin riding with veteran officers.

Their on-the-job training will continue for the next six months.

"It's a little bit of a process but officers need it," Yarbrough said.

Yarbrough chose to be "pinned" by her mother and father at the ceremony and they proudly accepted the honor.

"I took one look at her as she walked through the door and I just burst out in tears," her mom, Sheila Yarbrough said.

Following the ceremony John and Sheila Yarbrough told 12News they were a bit surprised by their daughter's career choice .

"Why in the world would you want to do that?", her father said he asked her.

"It's a very scary situation and I was afraid, I was, I was afraid," her mother said of her daughter's career choice.

Her parents are confident she will work hard for the people of community.

"She's got a lot of love for people and she wants to help and make a difference, Sheila Yarbrough said.

"We are very proud of her but we want her to be safe," her father added.

Yarbrough tells 12News she is ready to tackle the challenge of working as a Beaumont Police officer.

"I love Beaumont and I love this community and I am ready to make it become it's best," Yarbrough said.