Marie Davis said it's the fourth time a storm has caused a tree to fall onto her house. 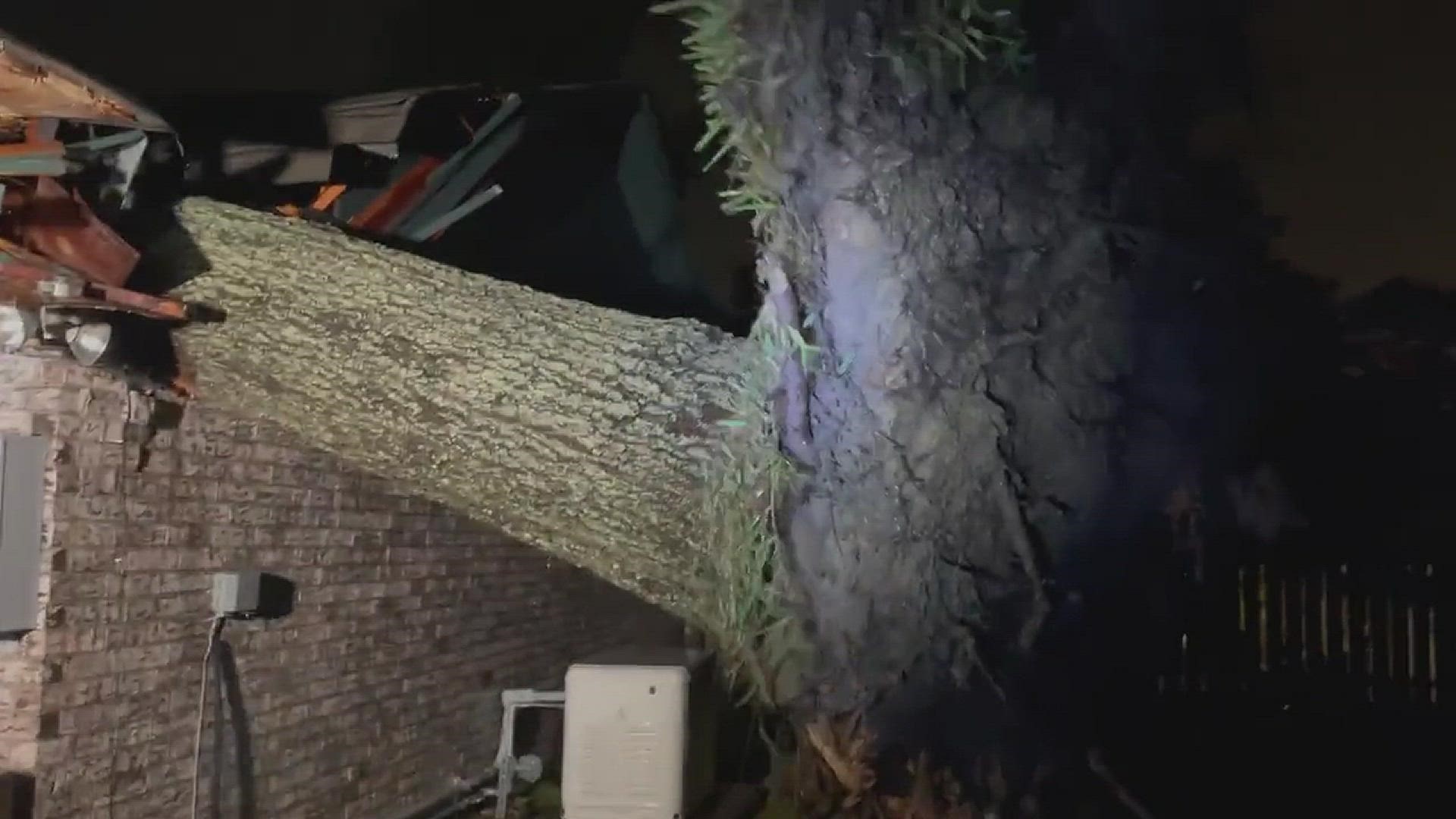 BAYTOWN, Texas — Marie Davis is still in high spirits Tuesday morning after a tree crushed the roof of her Baytown home. It's the fourth time this has happened during a storm, she said.

The homeowner was asleep on her couch as Hurricane Nicholas crept through the area, bringing strong winds and intense rain to the Cedar Bay Park West neighborhood.

At some point, the large tree was uprooted and landed onto the modest brick house. In its most intense state, Nicholas was a Category 1 hurricane with maximum winds of up to 75 mph.

"I have a hanging wine rack from my cabinet, and I heard it fall and there's wine bottle everywhere," Davis said. "I run into the kitchen, and there's water falling from the ceiling."

KHOU 11 reporter David González was invited into the home, where the floors are covered with rainwater and various broken items. Davis stepped over glass left and displaced belongings as she gave him a tour.

First damage we’ve seen in #Baytown. The homeowner was asleep on her couch when a tree came crashing through her house. Water is coming in through the roof. #KHOU11 @KHOU #TSNicholas pic.twitter.com/QQ4lOaBUqM

Davis, who lives alone after her husband of more than 50 years passed away, wasn't hurt. But the damage to the residence is immense.

Davis said she going to a neighbor's house for the time being but plans to stay at a hotel tonight.

González said people are already reaching out to Davis to help. She told she is so thankful.